This is Your First Official Look at the Galaxy S21 FE

It is safe to say that the Fan Edition has become the best way to get the flagship experience that Samsung sells without paying much, and we are already aware that the Galaxy S21 FE will launch sometime later this year. However, so far, we have not had a proper official look at the device. Sure, we have had numerous renders pop up here and there, but as far as the official press image is concerned, that has not been the case until today.

Thanks to Android Headlines, we now have a banner showing the Galaxy S21 FE in various colors, and we at least know what the phone is going to be all about, and we now have some understanding of the color options of the device, too.

You can see the leaked press render below, and then we can talk about the device. 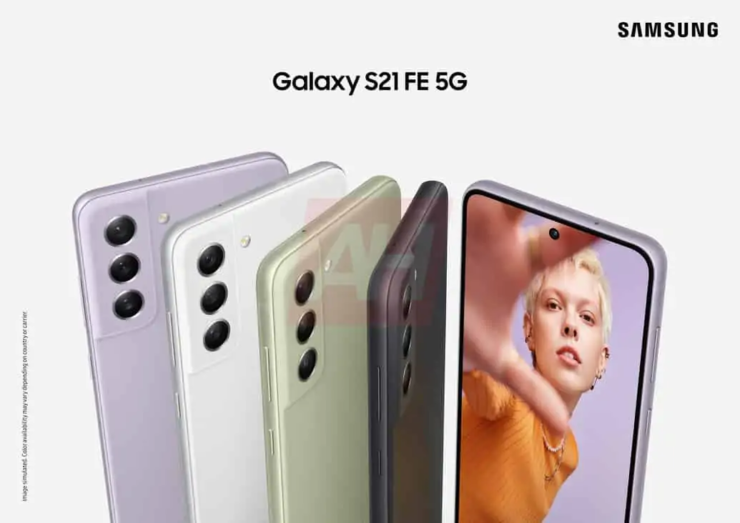 We are looking at purple, white, green, and grey/black, and from its looks, Samsung is sticking to a more pastel look rather than going for something glossy, which is not really bad, to begin with. So, at this point, the only bit of information that we do knot know about the device is the release date or the price.

However, rumors suggest that Samsung has pushed the launch of the Galaxy S21 FE to October later this year. It will also be limited in supply and might only release in Europe and the States. However, this could change if situation with the chip shortage gets better.