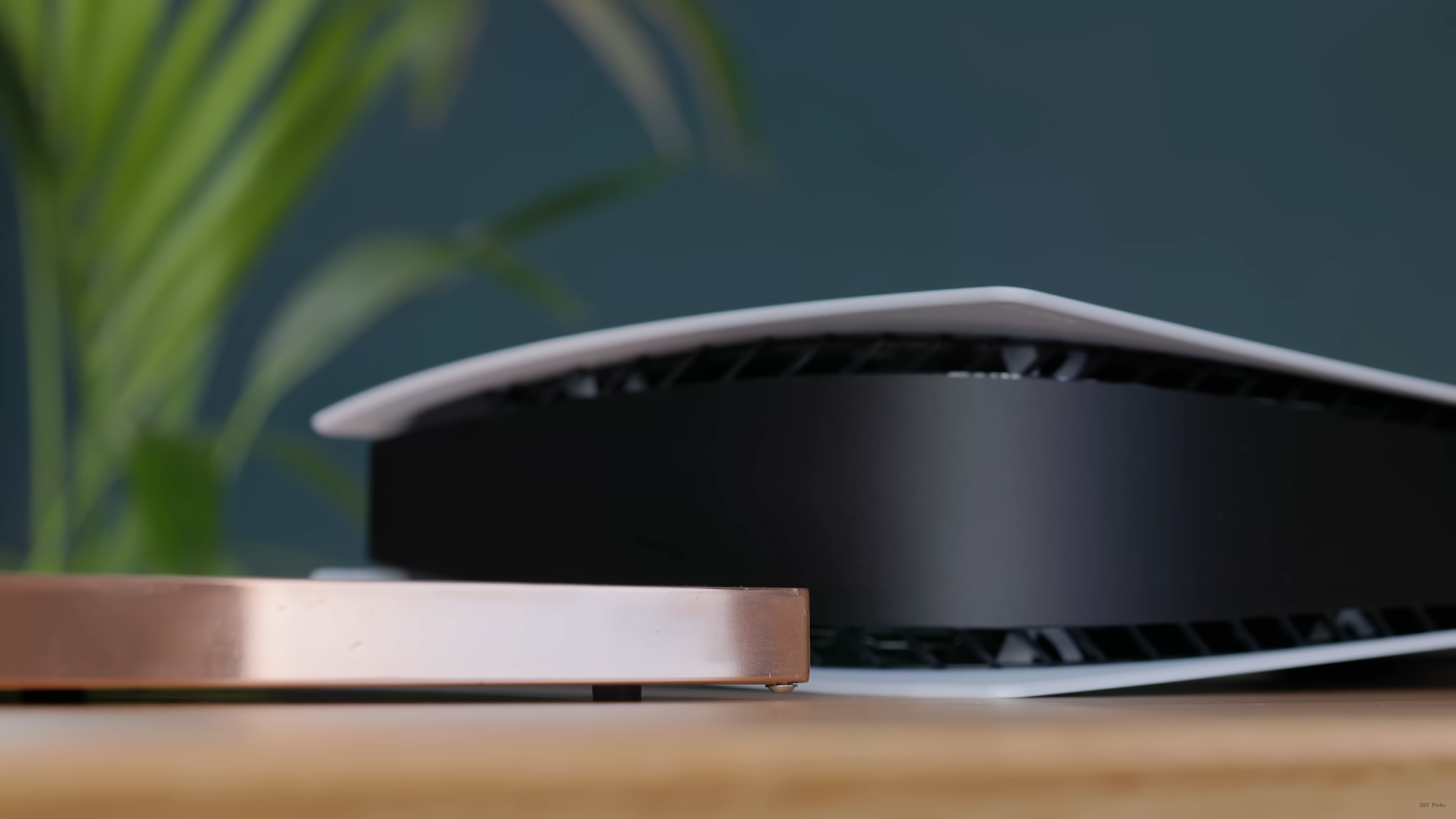 The Sony PlayStation 5 console is possibly their largest console, measuring 390 x 260 x 104 mm for their disc variant but a modder has made a Slim DIY variant of the console with water-cooling.

The all-digital system is 12mm less in thickness than its physical version. In the past, we have seen Sony take their initial system release and convert it to a smaller package. It started with the first PlayStation, now called the PS One, where they converted it to a more petite frame with modern aesthetics (at the time). Since then, every variant has received a modification to its size. So, it would stand that the company would do the same, but Matt from the YouTube channel DIY Perks has beaten Sony to the punch by creating an absurdly thin PS5 system and adding a copper water cooling loop to assist with performance. 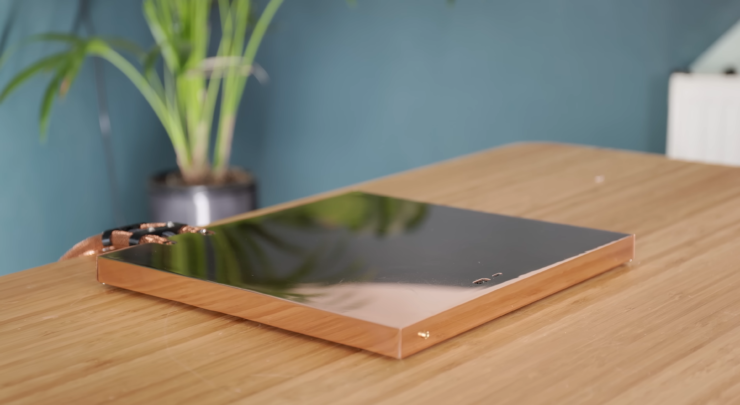 While the goal seemed out of reach, Matt was intent on making the Sony PlayStation 5 78% thinner, dropping the girth of the system to 20 mm. As he explains in the video, he was going to make a system near the same thickness as a standard DVD case, measuring 15 mm. To make this project a reality, Matt must sacrifice several components to achieve his goal. After taking apart and stripping parts, Matt was left with the PlayStation 5 motherboard.

In the video, Matt manufacturers full-cover water blocks to cover not only the motherboard but also circuitry, VRM, flash storage, GDDR6 chips, and heatsinks customized by the YouTuber. Adorned in a copper case, this customized PS5 system looks dramatically different than the standard Sony console and costs much more due to the copper sheets used. So, this is not consumer-friendly and is genuinely a DIY "science project" to see if it is a feasible concept to try.

The original PSU for the Sony PlayStation 5 produces 31 amps at 12 volts, which was one of the lesser struggles that Matt dealt with in finding an alternative for his project. He switched the power supply with HP's DP5-750RB, which offers around 62.5A at 12V with a capacity of 750W. That replacement choice is adequate to simultaneously produce enough power for the system and the water cooling loop. 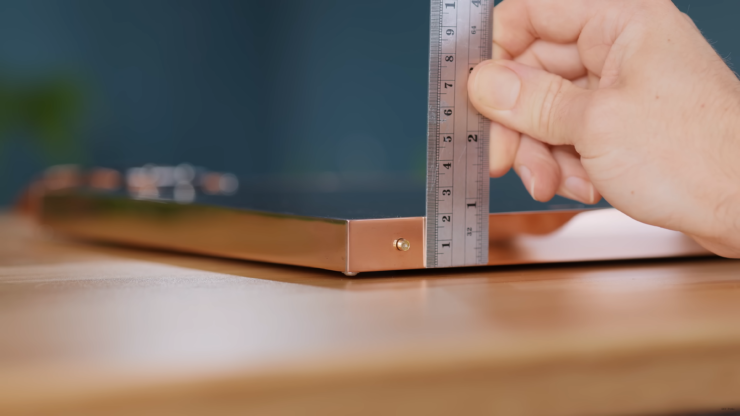 Next, he fashioned an extended aluminum external casing to maintain the PSU and components for the water cooler. Then, he added an unknown pump and reservoir to assist with cooling. Speaking of the custom water cooler, he used one of the Alphacool's 7x40 thin radiators combined with seven mini Noctua NF-A4x20 fans to produce proper heat dissipation.

Unfortunately for Matt and his first attempt at creating a DIY PlayStation 5 slim, the system continually froze and would not power on. However, he persevered by accessing a secondary PS5 system and redesigned the concept, driven to make his design work. 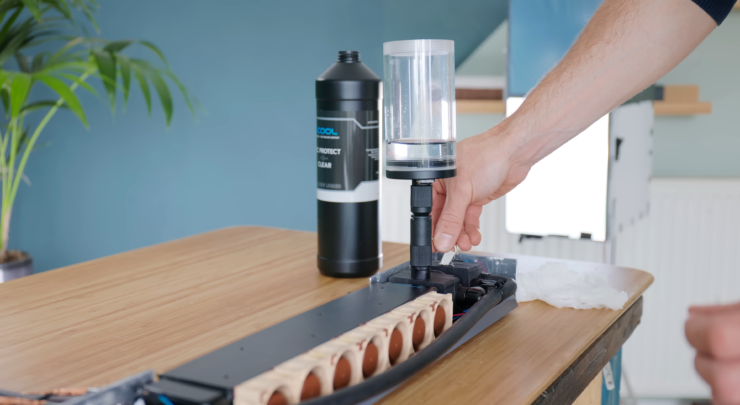 The YouTuber checked his outputted results with the website Gamers Nexus' (GN) thermal testing that the group produced when testing standard PS5 systems. In comparison, GN reported that they achieved 75º C for the SoC, 95º C for the memory, and 71º C for the VRM. This was when Matt realized that his system reached thirteen percent lower temperatures for the SoC, a fantastic 45% reduction for the memory, and almost 38% less on the VRM modules.

While Sony has not released any information on the company's venture into a slimmer PS5 system as they have done in the past, it is anticipated that the company would look into minimizing the size of the system after three to four years of being on the market. If the company decides to create a smaller version of the popular game system, the price will drop dramatically compared to its original variants.