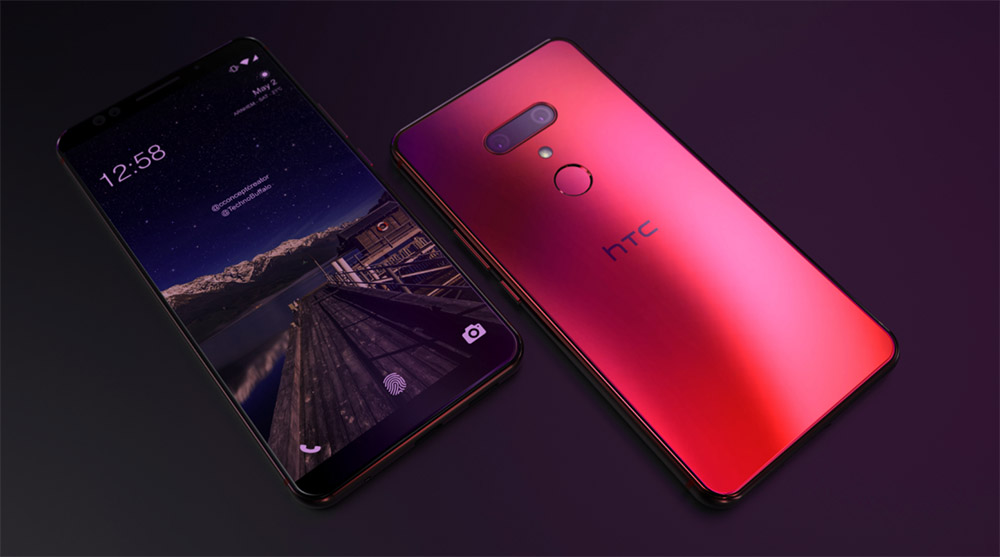 With less than a week left until it's launched, leaks for the HTC U12+ are not showing any signs of slowing down.  We've got a good of what to expect from the device later this month, as HTC looks to revive its smartphone fortunes using some heavy duty camera specifications. Today, another render leak for the HTC U12+ has come to light that lays bare all the details for the smartphone. Take a look below to find out more.

Fresh HTC U12+ Renders Depict Nearly Every External Detail For Upcoming Device;  A Dual Front Camera And No 3.5mm Earphone Jack Are Present On The Smartphone

In addition to the OnePlus 6, Samsung Galaxy Note 9 and the Xiaomi Mi7, the HTC U12+ is also a regular feature on the rumor mill. The Taiwanese smartphone manufacturer hasn't seen good fortunes in the flagship world lately and it looks to make a comeback with the HTC U12+. By the looks of things so far, the device will prove adequate to provide strict competition to other devices in the same market tier.

The HTC U12+ will run on Qualcomm's Snapdragon 845 and carry 6GB of RAM. As opposed to the OnePlus 6 and Xiaomi's Mi Mix 2s, the U12+ will not come with 8GB RAM. The device will also feature dual cameras on the rear and the front, in a unique arrangement. It will also feature a button free front facade and use what HTC calls a 'liquid surface'.

Currently, there are hot topics of debate in the Android world. These are the 3.5mm earphone jack and a display cutout. Users seem pretty unified in their disproval of the latter while we see mixed opinions for the former. So, if you don't like display cutouts, the HTC U12+ will have you covered. The smartphone will feature top and bottom bezels like a traditional smartphone. However, where HTC will break away from tradition is with the 3.5mm earphone jack.

Today's renders corroborate earlier reports of the company's decision to remove this feature. So if you're planning to get a U12+ for yourself, be sure to invest in some Bluetooth headphones as well.  All in all, today's renders show the HTC U12+ with a sturdy design and smooth corners. Aesthetics do not seem to be its primary focus, as HTC is looking to make the smartphone's performance do the talking. Whether it will, we'll find out soon enough. Till then stay tuned and let us know what you think in the comments section below. We'll keep you updated on the latest.