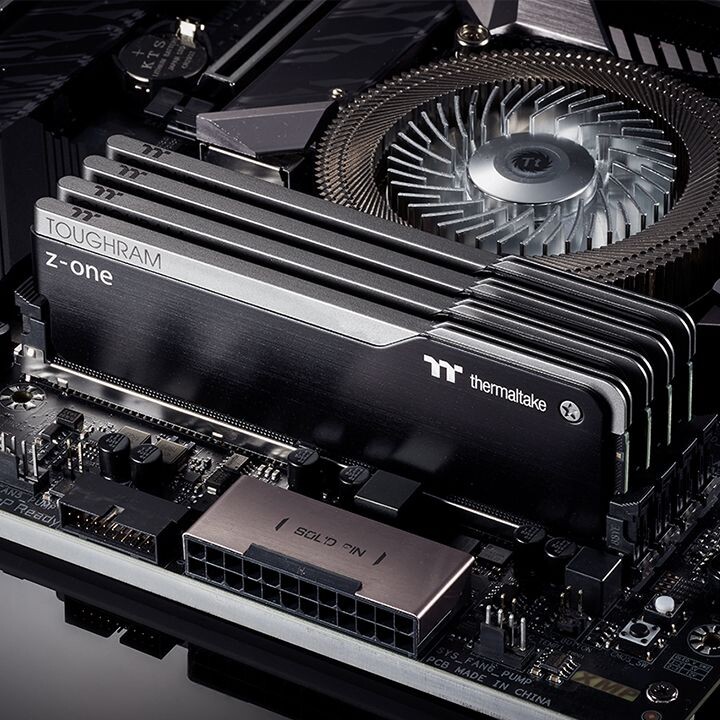 Thermaltake has announced that the release of its TOUGHRAM Z-ONE series PC memory without any RGB LEDs. Thermaltake removed the RGB lights from the Z-ONE DDR4-3600 RAM and Z-ONE DDR4-3200 RAM. The TOUGHRAM Z-ONE series that debuted originally December 2019 featured an RGB diffuser on the top of the RAM stick. The Non-RGB RAM features a brushed aluminum crown in the replacement of the RGB diffuser.

The TOUGHRAM Z-ONE non-RGB RAM sticks make use of the tightly-screened ICS, the memory chips that these RAM sticks are thoroughly-screened to provide a combination of an optimal frequency and response time performance. These memory chips are cooled by the ram stick's aluminum heat spreader. This aluminum heat spreader delivers exceptional heat dissipation to cool these faster memory chips. The non-RGB RAM sticks also feature support for Intel XMP 2.0 profile, which allows for overclocking ease and optimized system stability with a simple setting. 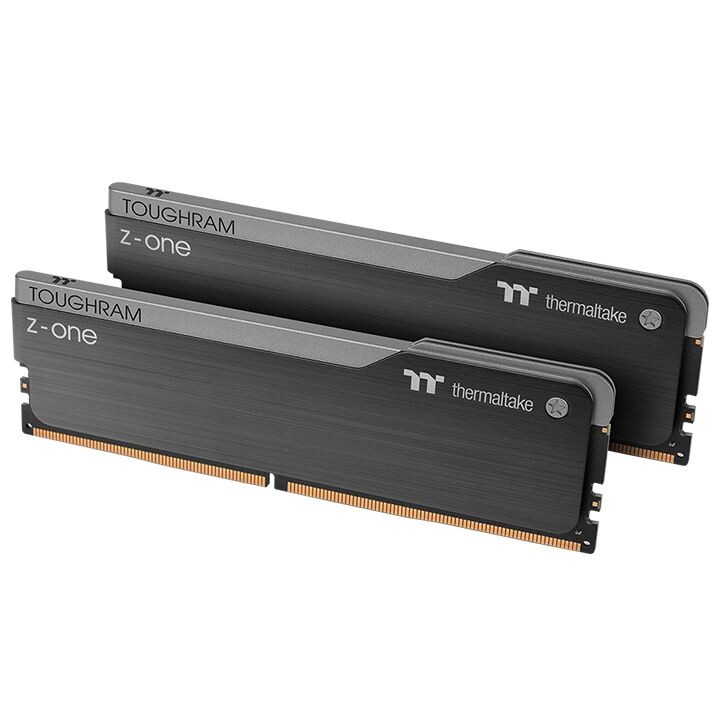 The DDR4-3600 variant comes in a 16 GB kit, this kit featuring two eight GB RAM modules. The DDR4-3600 RAM modules have a tested latency of 18T and an operating voltage of 1.35-volts. These two settings, alongside the faster memory chips, allow this RAM module to have a RAM speed of 3,600 MHz.