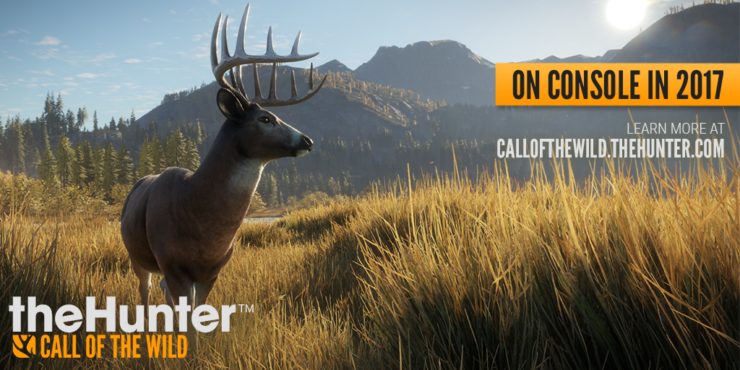 theHunter Call of the Wild be arriving on both PlayStation 4 and Xbox One later this year, Avalanche Studios and Expensive Worlds have announced.

The announcement was made public on the game’s official website. For the game’s development on consoles, a dedicated in-house team has been assigned, while the PC team will keep developing the game for PC players.

“We are very excited and proud to announce that we are working on theHunter: Call of the Wild for Xbox One and PlayStation 4!”, reads the announcement. “For the first time ever, players on consoles will be able to enjoy the ultimate hunting experience. To make sure their introduction to the wild is as smooth and enjoyable as it can be, we have created a dedicated in-house team to develop theHunter: Call of the Wild for consoles! The PC team will keep developing the version you’ve all been enjoying. We hope that bringing the wild to a larger audience will allow us to do even more cool stuff long-term.”

No further information has been shared at this point, but more details, including a release date, will be shared soon.