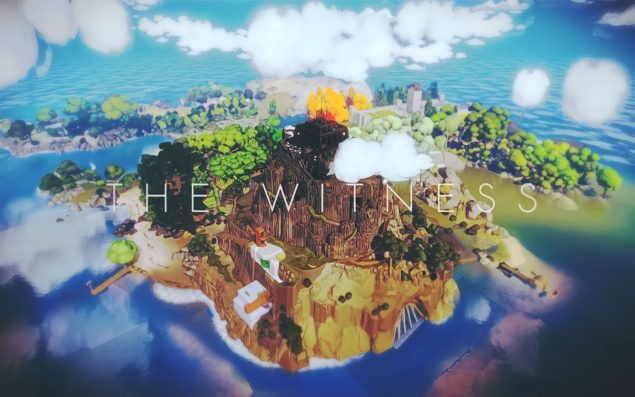 Thekla has officially revealed The Witness system requirements (via the Steam page), and they are quite surprising. There's a huge difference between the GPU listed in the minimum and recommended specs, far more than we're used to seeing.

The Witness, an open world puzzle game played in first person view, is Jonathan Blow's second game project after Braid. It was announced in 2009 for PlayStation 3 and Xbox 360 (as well as PC), but the custom engine used by Thekla became too performance hungry and as a result, The Witness is now scheduled for release on January 26, 2016 for PC and PlayStation 4.

According to Blow, The Witness will have about 650 puzzles, though it won't be necessary to solve them all in order to complete the game. For those players who do intend to do just that, Blow estimated that it should take around 100 gameplay hours.

An update was also posted yesterday on the official website, teasing that a physical release of the game could be likely.

We’ve had some people asking us whether there will be a physical retail release of The Witness. It’s seeming likely, as we have been in talks with a couple of parties for a while about that possibility. *However*, it looks like if there is a retail release, it won’t happen until a little bit after the digital release. The reason is just that we need all the time we can get up until the release date in order to get all the finishing touches into the game; but because of the lead-time involved in physical manufacturing and distribution, we would have to freeze the game right about now in order to have it on store shelves for the release date. *Or* we could delay the digital release date in order to wait for the physical. But I don’t see a good reason to do either of those things. I would rather just focus our energy on making the game as good as we can make it, and a retail version can lag behind by a little bit.

Finally, here's a trailer showing some of the environments you'll find in The WItness.

Jonathan Blow: PS5 Is Pretty Good; I’m Excited About Some Next-Gen Consoles, Not All of Them