Release of one of the most highly acclaimed story-driven, current-generation open world role-playing game last year brought with it a new dawn of stunning, authentic cosplay, and it looks like the folks' craze for portraying the game's characters isn’t taking a dive anytime soon, as recently, an even more excellent cosplay has emerged on the internet bringing The Witcher 3: Wild Hunt’s Ciri to life. 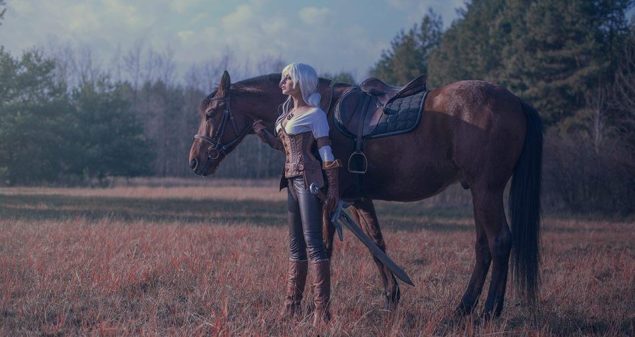 We have seen some excellent The Witcher 3 cosplay since the game came out last year in May, and it seems like the love fans have for the series’ notable characters and their natty outfits isn’t going anywhere. From the attire to the gear and hair, Polish model Agnieszka Malocha cosplayed the intriguing white-haired woman from The Witcher 3 to perfection. The images shared below come from Polish beauty and makeup artist Marzena Rygielska, and were shared the official Witcher Facebook page.

The Witcher 3 was one of the most celebrated titles of 2015. The game is set to receive its second and last expansion Blood and Wine that will conclude the story of Geralt of Rivia and is actually "more refined," if not better, than the main game. The expansion is expected to arrive in the first half of (January-June) of 2016. Once it is out, players will be able to enjoy around 20 hours of brand new gameplay that it will have to offer. Hearts of Stone, first expansion pack for the game, recently received a new hotfix on Steam. You can check out the details here.