CD Projekt Red: The Witcher 3’s Content is “Locked” – The Game is Being Optimized and Tested for Bugs

The news about the last chapter in CD Projekt RED’s award-winning action role-playing video game series being pushed back further three months might have come as a surprise initially, but after bearing with some bug-ridden and unpolished latest triple A video game titles lately, this news actually brings more promises with it for eagerly waiting gamers. The developer just shared some details about how the The Witcher 3: Wild Hunt’s development work is going on, saying that the game’s content is now “locked” and it currently is being optimized for PC and the latest consoles as well as being tested for bugs. 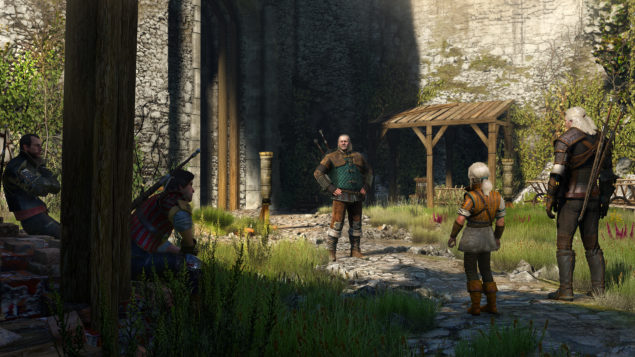 CD Projekt RED made a wise decision by delaying the game further into next year rather than just going with what has become somewhat of a trend nowadays, and releasing an unpolished game full of bugs and glitches. Bringing the legend of Geralt of Rivia – the main protagonist of the series – to an end and offering an enormous, beautiful and epic in-game world to explore with a total of over 100 hours of gameplay, The Witcher 3: Wild Hunt still remains one of the top most anticipated and graphically impressive next-gen video game titles coming out next year.

The development team is currently at hard at work polishing the upcoming RPG, and according to CD Project Red’s co-founder and CEO Marcin Iwinski, the extra time gained from the delay is helping the team to test the game for final bugs and run optimization process in various areas. The game’s content has been already locked which means there won’t be any changes made to it, and ongoing process will result in an immersive gameplay experience. Talking to Nerdacy, Iwinski said:

“We are removing the final bugs and still running optimization in various areas. What it will result in is a smoother and more engaging experience and, yes, the game looking better across all platforms. The content is locked, so no content changes are being made at this point. The scale of the open world in the Witcher 3: Wild Hunt is unprecedented, so fear not – there is enough gameplay to keep you playing for weeks.”

Furthermore, Iwinski also talked about Ciri, the recently revealed second playable character in The Witcher 3: Wild Hunt that will greatly benefit the overall gameplay experience by offering parts of the story from and perspective other than the Grealt of Rivia’s. Iwinski stated:

“Ciri is this living weapon everyone wants to get a piece of. She has this inner power that is key to stopping the Wild Hunt, but she also has some of her own demons to handle, so she won’t allow to be controlled by anyone. We decided to introduce her as a playable character because it adds a lot to the narrative, and offers gamers a unique perspective on the story.

“Having said that, Geralt is the main character whom you will be playing most of the time and he is the guy. We think that the introduction of Ciri as a playable character is a great way to allow gamers to see parts of the story from her perspective and make it even more personal.”

The Witcher 3: Wild Hunt was scheduled to hit the local shelves in February next year before it was pushed back to launch on May 19, 2015 on PC, PlayStation 4 and Xbox One.