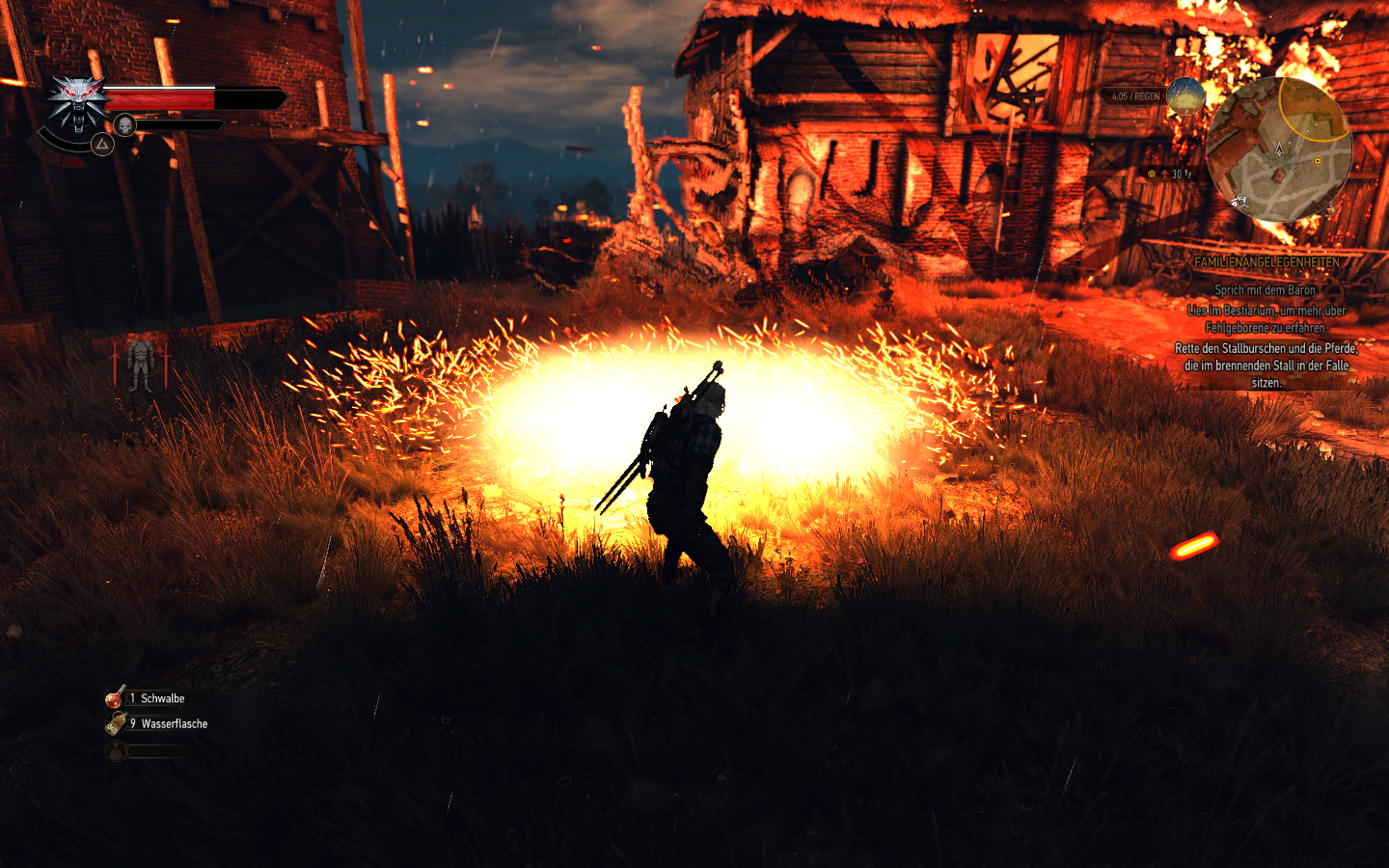 The Witcher 3 may not be a recent game anymore, but it doesn't mean that modders have given up on it, providing improvements beyond those included in the official updates. Recently, one mod that improves graphics has received a new update.

This Mod tries to achieve better FX. This means I increased the particles (count/density) for:

1. IGNI CONE is now closer to the E3 version.
2. Added a new smoke-shader to the "burning/frozen village"-cutscene, to look closer to the scene from the VGX-Trailer 😉 It looks like this, but more red in color. Best check for yourself since I don't want to make another comparison-shot.

You can head over here to download the mod.