CD Projekt RED’s upcoming installment in the most critically acclaimed action role-playing video game series is still months away from hitting the shelves for PC and the latest video game console, though, the developer is well-known for keeping its fan up-to-date with the development progress and in-game media content of the game. In the wake of recent The Witcher 3: Wild Hunt preview event, it is being reported that while the latest build of the game was running at full HD 1080p resolution on the PlayStation 4 console, the Xbox One version was running at 900p and was least impressive of all the three versions. 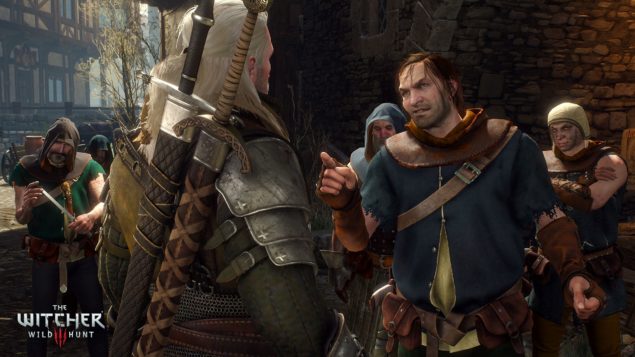 CD Projekt RED recently held a preview event for The Witcher 3: Wild Hunt, and invited gaming publications and online reporters to test the current build of the game running on the latest PlayStation 4 and Xbox One consoles and PC. According to the details shared by a German video game magazine, namely GameStar, the upcoming highly anticipated RPG ran at full HD 1080p resolution on the PlayStation 4 console and at 900p resolution on the Xbox One during the event. After previewing all three versions of the game, the magazine gave its final verdict as: "PC>PS4>Xbox One."

Describing how the game currently looks like on all three platforms, the publication stated that running at full HD resolution with 30 frames per second, the PlayStation 4 version of the The Witcher 3: Wild Hunt features slightly sharper texture detail than the Xbox One version, but PC, running the game on “high” settings, outshines both consoles by providing slightly sharper texture detail compared to the PlayStation 4 version. The development team at CD Projekt RED is still working to raise the resolution of The Witcher 3: Wild Hunt from 900p to 1080p on the Xbox One, however, nothing can be said for sure at this time.

Here is the English translation of what GameStar had to say after previewing The Witcher 3: Wild Hunt on all three platforms:

"In the duel console PlayStation 4, meanwhile, has clearly ahead of the graph. Although the textures are a bit more blurred than "high" PC details that falls within the normal TV-distance but hardly noticeable. In addition, the witcher adventure runs on the PS4 in 1080p - but only at 30 frames per second, which did not bother us.”

“On the Xbox One Geralt goes also with 30 fps on monster hunt, but only in 900p, the textures also seen slightly more washed out than on the PS4. However, polishes CD Projekt own words yet on the Xbox version, maybe you can still screw up to 1080p, but you would not promise anything. Stand now is the PS4 image the sharper and stronger color."

In addition, appreciating CD Projekt RED for putting everything on the front end for publications to check out, shinobi602, a well-known industry insider tweeted that those who attended The Witcher 3: Wild Hunt preview event clearly saw the difference between in resolution and textures between the PlayStation 4 and Xbox One versions of the game. He also shared an off-screen PC vs PlayStation 4 vs Xbox One comparison image of the game, which is the courtesy of the same magazine that provided the aforementioned details.

@MarkW1cked Players at the preview event said they noticed differences between the two. Sharper textures on PS4, resolution difference, etc

@PS4Germany They're very open in showing all 3 different versions instead of, say, hooking up controllers to PCs "specced to consoles".

The Witcher 3: Wild Hunt launches on PC, PlayStation 4 and Xbox One this year on May 19.