A new trailer has been released today for The Walking Dead Saints & Sinners, a new VR game launching next month (on January 23rd) on PC via Steam and later in the year on PlayStation 4.

The new trailer, which can be watched below, is a gameplay trailer featuring plenty of action.

Pimax Portal is a handheld, VR, and mobile Android system to compete in all markets

Saints & Sinners is a game unlike any other in The Walking Dead universe. Every challenge you face and decision you make is driven by YOU. Fight the unread, scavenge through the flooded ruins of New Orleans, and face gut-wrenching choices for you and the other survivors. Live The Walking Dead's dark drama in your own skin.

Several different editions have also been announced, such as the Standard, Deluxe and Collector's Editions. 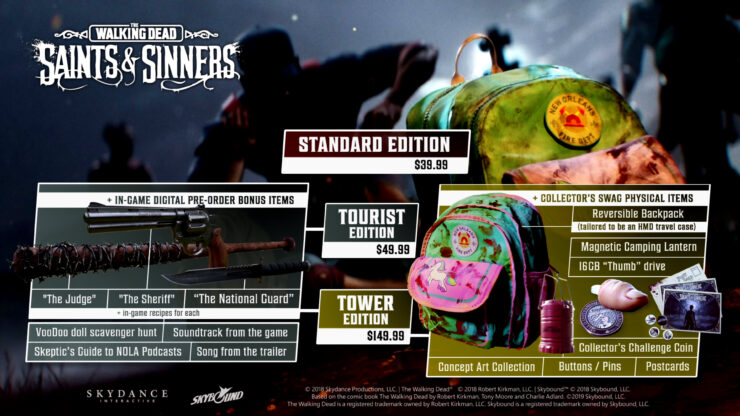 Available only via The Walking Dead: Saints & Sinners website

The Walking Dead Saints & Sinners launches for Oculus Rift, Rift S, and Quest, HTC Vive and Cosmos on January 23rd, 2020. The PlayStation 4 version will be released sometime during Spring 2020.