Besides major studios, the independent video game developers' community has taken a large leap as well with the start of the eighth generation of video games, and The Vanishing of Ethan Carter is a game that proves this and shows that indie devs have not all forgotten the PC platform. Created by The Astronauts, an independent Polish development Studio, The Vanishing of Ethan Carter is an adventure horror exploration video game title that boasts stunning visuals and textures. Below is a brand new batch of screenshots showcasing the beautiful environments of the game in mighty 8K resolution. 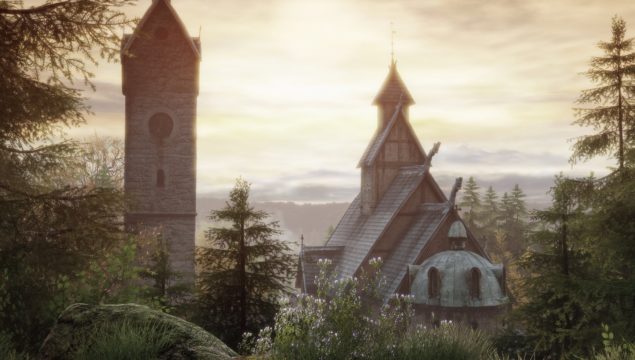 Set in an open-world environment that allows players to roam around and explore new places at will, The Vanishing of Ethan Carter is a compelling first-person story-driven mystery game that leaves explosions, destruction, guns, and combat behind and focuses entirely on exploration and discovery. The story of the game follows a detective with paranormal powers investigating the fictional Red Creek Valley, after receiving a letter from a young boy named Ethan Carter who claims to be in danger. Players advance through the game using their powers to solve crimes and explore new mysterious places.

The Vanishing of Ethan Carter hit shelves for PC a couple of weeks ago on September 26, and the PlayStation 4 version of the game is set to launch somewhere in 2015. Thanks to PCGamer, we have an entire gallery of the game's screenshots in 8K resolution showing the exquisite texture work and lighting that adds to the power of Unreal Engine 3 that was used for development. SweetFX preset (with a few minor edits) was used to capture the 8K screenshots and all the shots were captured with MSI Afterburner.

You can check out The Vanishing of Ethan Carter high-resolution 8K screenshots in the gallery below. For more screenshots, visit here.