The Technomancer, the role playing game currently in development by Spiders launching this year on consoles and PC, has received a new trailer today, showing players what expects them on the planet Mars. 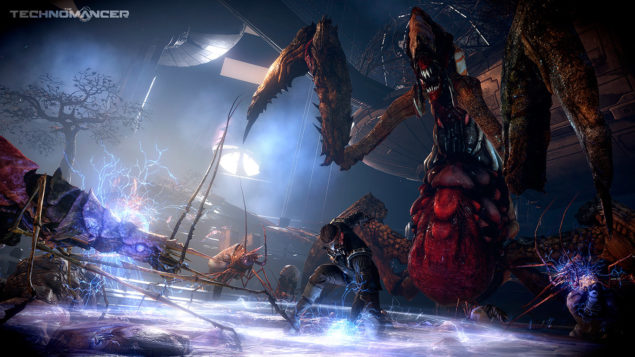 The new trailer, aptly named Life and Death on Mars, showcases some of the dangerous environments players will have to explore during the course of the game. Life on Mars is definitely not easy, so players will have to be prepared at all times. You can check out the trailer right below.

The Technomancer is a sci-fi role playing game taking place on a dystopian Mars, hundreds of years after humans started colonizing the planet. Following a cataclysmic event that decimated the population, Mars is isolated from Earth, a situation which led to a variety of issues. Enthusiasm is long gone, and Mars has become a no man's land where no place is safe.

The Technomancer takes place after a cataclysmic event that decimated the population and isolated the red planet from Earth. The pioneering optimism of the early colonies has long since vanished. In its place lies no man's lands, sprawling shanty towns, and broken cities governed by shadowy officials. The fractured settlements offer protection from the lethal radiations of the Sun, but they’re far from safe havens: desperate criminals and terrifying, mutated creatures lie in wait for the unprepared.

With its premise, The Technomancer is setting out to be one of the more interesting role playing games launching this year. This is definitely a crowded year for RPGs, but we're sure that the game developed by Spiders will manage to stand out from this  year's  heated competition.

The Technomancer launches on PC, PlayStation 4 and Xbox sometime during Summer 2016. We'll let you know more about the game as well as its precise release date as soon as possible, so stay tuned for all the latest news.

The Technomancer Review – One Way Ticket to Mars

[UPDATE – Not Locked After All] The Technomancer Locked @30FPS on PC; Spiders CEO Not Sure Neo&Scorpio Will Make That Much Difference