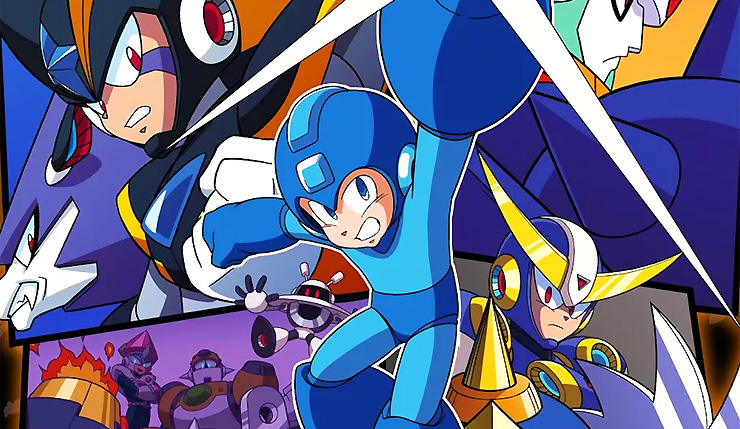 Microsoft has revealed the games they’ll be adding to Xbox Game Pass in June. They include the acclaimed apocalyptic RPG Wasteland 2, the retrotastic Mega Man Legacy Collection 2, the new-to-consoles dungeon hack adventure Next Up Hero, and more! Check out official Microsoft descriptions of all the June Xbox Game Pass titles, below: 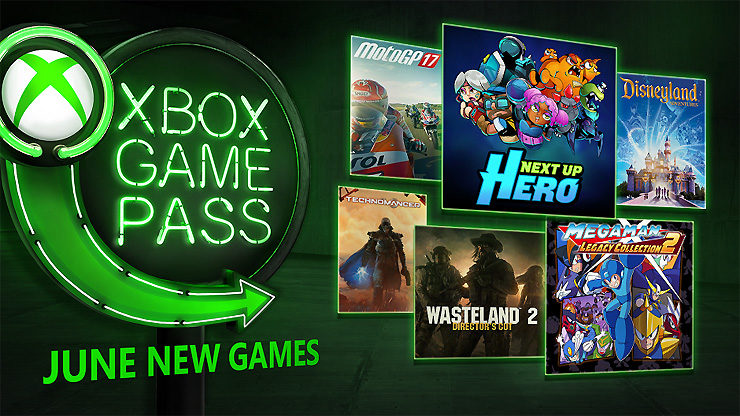 Inspired by classic games like Zelda: Four Swords and Smash TV, this is a crazy-fast co-op dungeon crawler with unique heroes, epic loot, and tough-as-nails monsters that will kill you. A lot. Every time you die, you leave behind an echo who can be raised by the next hero to fight as AI followers. The more heroes die, the more echoes are raised, and the stronger the community grows and a robust community is needed to take down the most punishing levels in the game. Xbox Game Pass members can look forward to playing Next Up Hero this June, the same day its available digitally on the Microsoft Store.

Ride on the official tracks with all the riders and bikes from 2017 MotoGP Championship and 2017 Red Bull MotoGP Rookies Cup. Discover more than 70 legendary riders from 4 Stroke, 2 Stroke, 500cc, 2 Stroke 250cc and 2 Stroke 125cc. Choose your path to become a champion with two different career modes: Rider and Team Manager. With the Rider career, you can be hired by various real teams and race after race gain reputation with the final goal of winning the MotoGP Championship.

Celebrate the Blue Bomber’s 30th anniversary by jumping, shooting, and sliding through a colorful variety of the hero’s unforgettable adventures. This collection showcases the platforming icon’s evolution from the 16-bit to 32-bit era, followed by a triumphant return to his glorious 8-bit roots. Mega Man Legacy Collection 2 is also packed with a host of new features, such as extra challenges, a museum of Mega Man history, and much more.

Forge the destiny of Mars in this action-RPG set on a cyberpunk planet during the War of Water. Technomancers are mage-warriors who use their innate ability to harness destructive electrical powers. In The Technomancer, you are on the brink of becoming a full-fledged Technomancer, but to do so you must cross deadly wastes, avoid pursuers, and protect a terrible secret. A dynamic dialog system enables you to alter the course of the plot depending on your decisions. You will also craft equipment, weapons, and armor, recruit companions and explore tribal communities of Mars along your journey.

When words fail, bullets prevail. In Wasteland 2: Director’s Cut, the ultimate edition of Wasteland 2, you take on the role of a Desert Ranger – a lawman dedicated to civilizing the post-apocalyptic world. You’ll visit dozens of locations carved out by survivors of the post-atomic age, bringing with you your own brand of frontier justice.  Your decisions in dealing with the factions of the Wasteland will determine the fate of its people, as well as your own.

Travel to Disneyland where dreams come true and explore the magic of the kingdom! With 18 iconic attractions, there are adventures waiting around every corner for fans of all ages. Get your camera ready to stroll the park and meet the Disney princesses along with all of Mickey Mouse’s friends. Watch stories come to life as you fall through the rabbit hole into Alice’s Wonderland and battle Captain Hook with Peter Pan. Just remember to hang on tight during all of Disneyland’s rides!

Xbox Game Pass grants players access to more than 100 Xbox One and Xbox 360 games (177 as of May) for $10 a month — you can check out a full list of available games here. In January it was announced all Microsoft Game Studios Exclusives, including major games like Sea of Thieves and Crackdown 3, will be available through Game Pass from day one.

June’s lineup is a bit on the thin side, lacking any big new Microsoft exclusives, but there’s definitely some stuff worth tackling. Wasteland 2 comes highly recommended, and you can’t go wrong with a little old-school Mega Man action! What do you think of the June Game Pass lineup? What will you be playing first?