Focus Home Interactive has released a new trailer for Spiders' latest RPG, The Technomancer. The "First Contact", gives us a detailed look inside some of the fighting systems and environments of the Technomancer, planned for an early 2016 release for the PlayStation 4, Xbox One and PC. 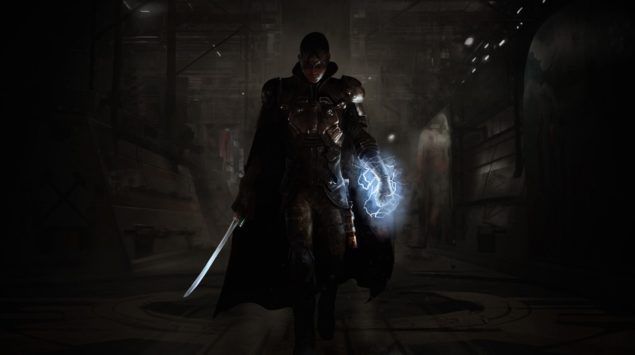 The first look into The Technomancer gives us a glimpse of the three dynamic combat styles:

Each of the combat styles can be imbued with electrical Technomancer powers, buffing their damage, as well as Zachariah being able to directly use his skills in battle, electrocuting, knocking out in stealth, and pounding back his foes on the Red Planet.

The video, shows Zachariah fighting and exploring Noctis, one of many cities of The Technomancer, where "over a hundred years of separation from Earth, new cultures, clans, and super-powers formed throughout Mars, causing clashes and in-fighting across the red planet".

The Technomancer also features a deep, modular crafting system which changes both the visible and active qualities of clothing and weapons accumulated from scrap collected.

Cut off from Earth for 120 years, Mars is a world in conflict, with many different cultures and communities – and the games weapons and clothing reflect this quality, with jury rigged and make-shift weapons and armor, designed for survival, or militaristic rule!

Skills and abilities can be unlocked and upgraded in the ability tree, granting access to the three combat styles, your technomancer abilities as you level up and gain XP. With up to five different ways to complete quests, The Technomancer, offers choices that affect the development of the story.

The Technomancer is coming early 2016 to the PlayStation 4, Xbox One, and PC. We will bring you any new information as soon as it becomes available.