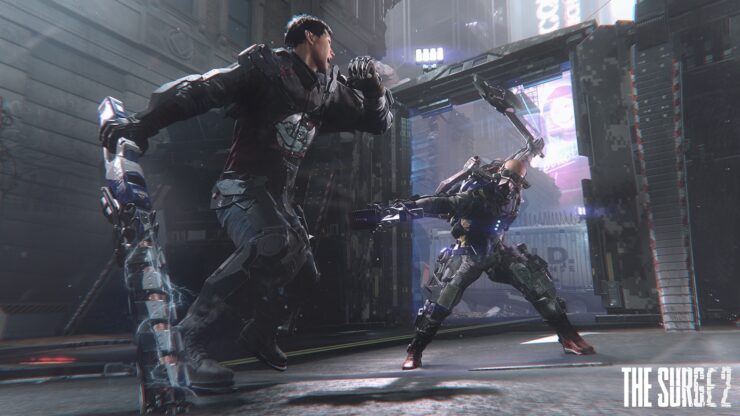 The release date of The Surge 2 has been just leaked by the Australian Microsoft Store. The game will apparently release on September 24th and pre-ordering the game (which would cost Aussie players $89.95 in local currency) comes with the following bonus items. 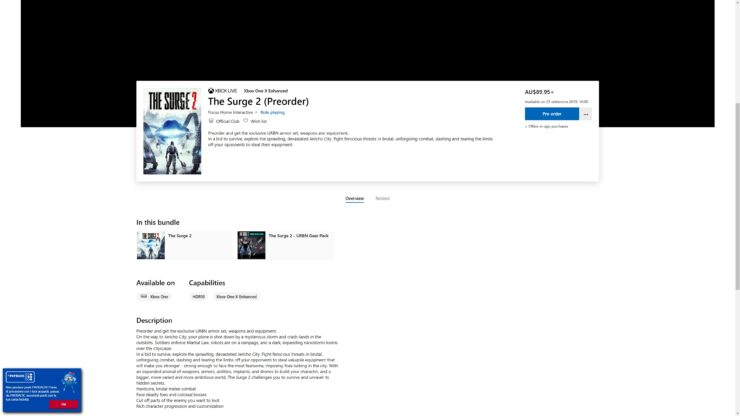 Customize your The Surge 2 experience even further with the URBN Gear Pack! This pack includes:

The Surge 2 is the sequel to the action RPG launched in 2016 by German studio Deck13, also known for Lords of the Fallen. Below you can find the full feature set as it was detailed by the developers, but we've also got an exclusive interview with Deck 13's Jan Klose penned last month by Chris, just in case you missed it.

On the way to Jericho City, your plane is shot down by a mysterious storm and crash-lands in the outskirts. You wake up weeks later in a derelict detention facility inside the city. Soldiers enforce Martial Law, robots are on a rampage, and a dark, expanding nanostorm looms over the cityscape. In a bid to survive, explore the sprawling, devastated Jericho City. Fight numerous, ferocious threats in brutal, unforgiving combat, slashing and tearing the limbs off your opponents to steal valuable equipment that will make you stronger - strong enough to face the most fearsome, imposing foes lurking in the city. With an expanded arsenal of weapons, armors, abilities, implants, and drones to build your character, and a bigger, more varied and more ambitious world, The Surge 2 challenges you to survive and unravel its hidden secrets.