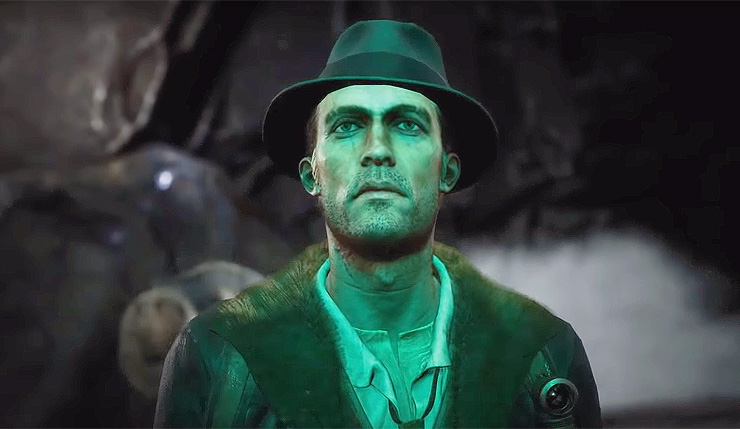 There are plenty of games that cast players as detectives, but truly satisfying mysteries are harder to come by. Last year’s Call of Cthulhu was a solidly-creepy Lovecraftian tale, but its investigative gameplay was undoubtedly a bit on the shallow side. This year's The Sinking City stars yet another mentally unstable private investigator, but are its crime-solving mechanics better realized? Well, you can judge for yourself, as Bigben Interactive and developer Frogwares have released a meaty new chunk of gameplay that shows off a full case from beginning to end. Check it out, below.

Consider me intrigued! Granted, the “ghostly crime reconstruction” mechanic has been done plenty of times before, but the game’s open world structure looks promising and I like that you have to look for leads using the police archives, rather than the game just telling you where to go next. As for the tone of the game…I’m not entirely sold. I prefer my Lovecraftian horror to be more implied, as opposed to having fish men, intelligent gorillas, and twisted monstrosities just openly walking the streets.

Pre-orders for The Sinking City are open now – if you’re buying digitally, you can grab the $50 standard edition or the $60 Necronomicon Edition, which includes The Worshippers of the Necronomicon DLC pack that grants you access to three extra side quests, an Investigation Pack containing various helpful items, and 48-hour early access. The Day One retail version of the game includes the investigation Pack and a physical map. As an extra bonus, everybody who pre-orders The Sinking City gets a copy of Frogwares’ Sherlock Holmes: The Devil's Daughter for free. 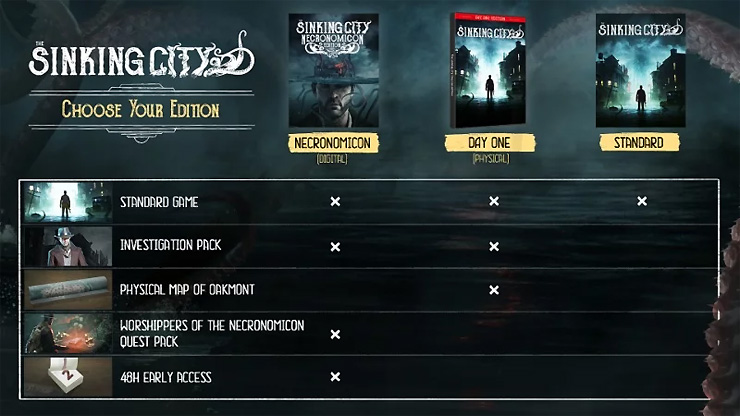 The Sinking City creeps onto PC, Xbox One, and PS4 on June 27. The PC version is exclusive to the Epic Games Store. What do you think? Ready to get your feet wet or are you all Lovecrafted out?