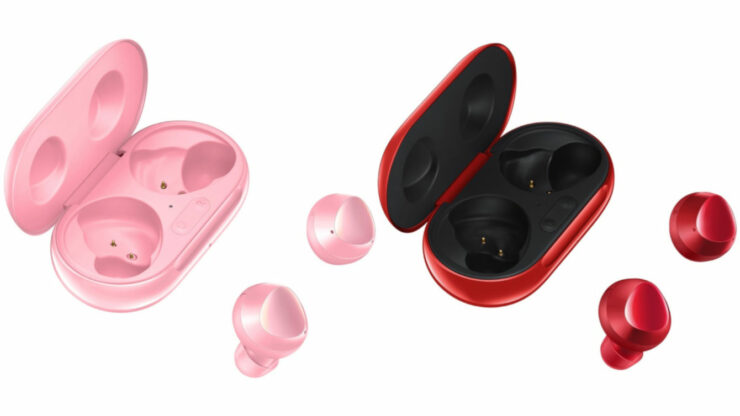 There is no denying that the Galaxy Buds Plus are among the finest true wireless earphones available in the market. Launched alongside the Galaxy S20 series, these buds improve on a lot of the factors of the original, and carry the same compact design as well. Not just that, the battery life is improved as well, along with a number of other improvements such as microphones, and sound quality.

At launch, the earphones launched in simpler colour options like black, white, or cloud blue. However, Samsung is now adding two more colour options in the lineup for those who are looking for some extra flare.

Samsung has listed these variants on all the storefronts it is currently selling them, which includes the Samsung website, as well as Amazon and Best Buy. Samsung is still selling the original colours, these are just the extra flare that you are getting from the company.

As far as the overall functionality is concerned, everything remains unchanged; you are still getting the same battery life, good build quality, as well as great connectivity. The new colour options are nothing more than additional choices.

Currently, you can pick both the red and pink versions in South Korea, however, at the time of writing, it seems that only the red version is coming to the US.

It would be interesting to see corresponding pairs of Galaxy Buds Plus for each Galaxy S20 colour that Samsung is currently selling in the market.

Galaxy S21 is Launching Early in the January of Next Year

Samsung Fires at Apple for Being Late to the 5G Race