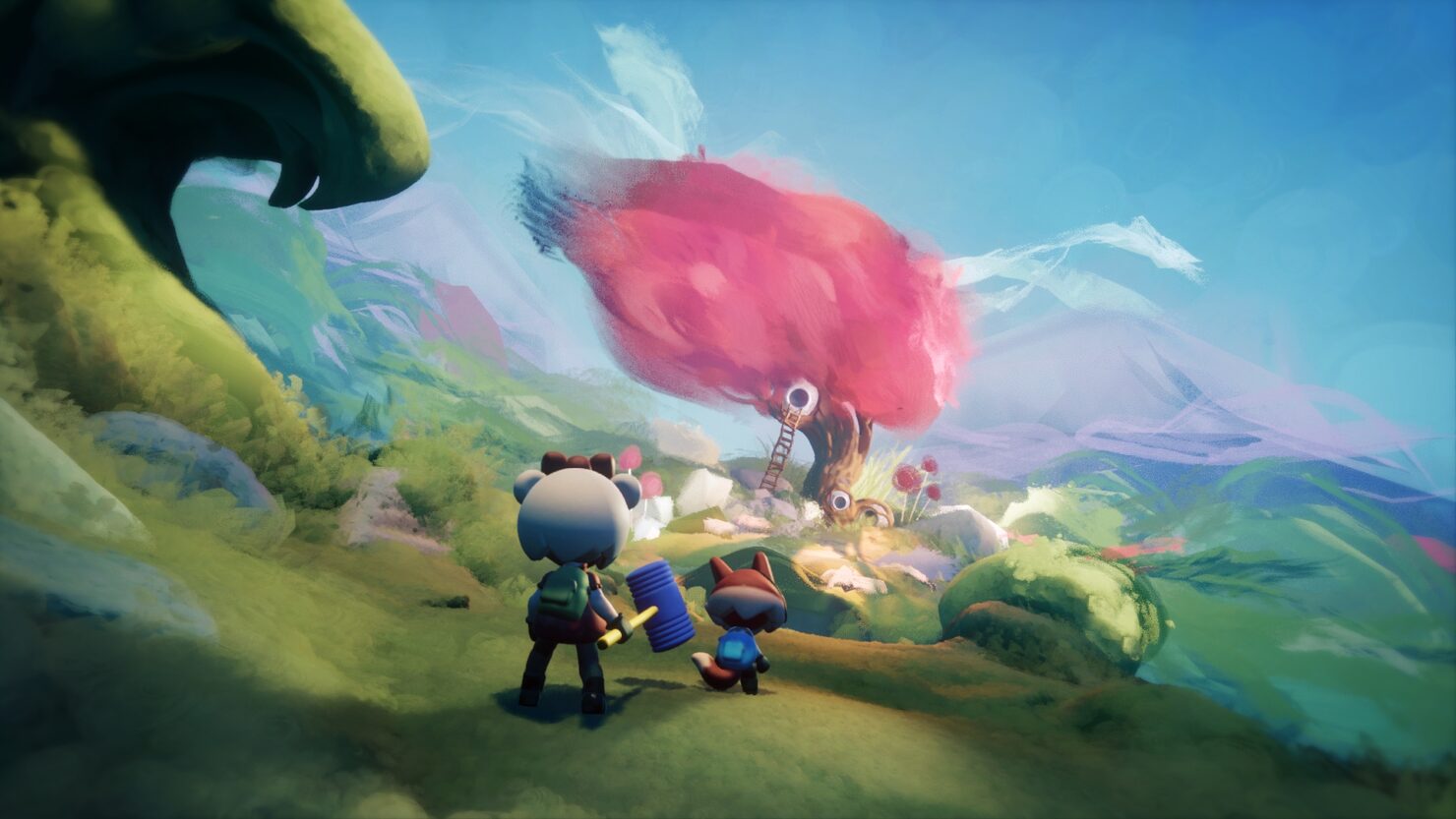 Dreams is a tricky game to get your head around, but the important thing is it already feels an almost essential experience for PlayStation 4 owners. From Media Molecule, the acclaimed creators of LittleBigPlanet and Tearaway, Dreams is a game that provides seemingly limitless freedom to the community to create their own games, music, films and art. With a little bit of patience and a lot of practice, anyone can create something in Dreams and that translates into a library of experiences that is never boring to explore.

I have spent hours in the Dreams beta just wandering about in other people's creations. They aren’t all good. Some are boring. Some are broken. Some are too fiddly or too slow or too average. But all these creations weave together into an undeniably beautiful tapestry. The boring ones are imaginative, the broken ones are ambitious, the fiddly ones are unique, the slow ones thoughtful and the average ones help show how amazing all the rest are.

When you give the collective consciousness of the Internet the tools to tell their own stories you can be damn sure they’re going to be strange, unpredictable and different every time. Of course you’ll see homages to other things (currently two of the most popular dreams are playable tributes to Portal and PT designed in the game), but so many are so far removed from anything you could conceive or even understand that exploring them becomes delightfully unpredictable.

A lot of them are promises for things to come, too. Betas within the beta or concept designs for something the creators are coming back to when the game releases in full. And not everything is a game either. Amongst the first person shooters, bizarre horror, and fantasy quests are pieces or art, music and short films which are equally strange and delightful as the games they sit beside.

And Dreams really does let you do basically everything. While LittleBigPlanet had a similar design and style between each player creation, Dreams has a lot more options. Not only just the different genres that the game caters for, plus whatever else the community can come up with (while the experience is only single player at the minute, I’m sure we’ll see a Battle Royale of some kind in Dreams at some point), but different art styles. I’ve seen games that look like living paintings and stained glass, but I’ve also seen games that look like a genuine triple-A title such as the incredible work-in-progress first-person shooter Project Zero. One concept piece of a subway looks like something that wouldn’t be out of place in some of the biggest games coming out this year, and I have no idea how they have done it.

If you’re looking to play Dreams to create something yourself, I hope you like tutorials! Dreams is a game designed for everyone, so I understand the need to explain extremely rudimentary concepts, but some of the tutorials are needlessly long. Even so, they still provide a little too much insight to be easily skippable and there are so many of them. Thankfully you can pick and choose what interests you. I started by looking at creating something pretty before I moved into learning a bit about game behavior and animation. But you will probably have to spend a couple hours in the tutorials before you’re able to create anything you want to show off.

That being said, the tutorials have a nice design, with small video in corner of the screen guiding you through the steps that you can do at the same time. There’s no need to pause to switch between tabs as you start to uncover the depth of the creation tools.

There’s a reason that developers use PCs to create their game, and it's because a keyboard has more options than a controller. Dreams utilises every single part of the DualShock 4 controller, from the touchpad to the motion tracker, so creators will have to learn to use all these parts which they might not have used much before. But even though it can be tricky at first, and even harder to remember all the button shortcuts, it is a quite intuitive system that allows you to relatively quickly do your work, even if it takes practice. Despite this, and despite my desire to create something as special, different, and strange as the other creators, I never managed to make anything but a few blocky attempts at art, and one disastrous Ancient Greek ruin. Obviously that level of creativeness comes more naturally to some than others, and I’m sure with additional practice I could make something at least halfway decent, but in the end, creating something is only one part of this game.

My first #dreamsps4 beta creation. Thanks to @mediamolecule for showcasing it on their #Twitch stream!

I had a lot more fun investigating other people's work than I did fiddling with my own projects. And the stuff that comes out of the Dreams community is stuff you are not going to find anywhere else. When the full game releases, we’re surely going to see this category of strangeness explode with thousands upon thousands of players uploading their own creations for people like me to spend their nights wandering through, admiring and thinking about long after we’ve stepped away from the game. Obviously, with Dreams Media Molecule has created a tool that a lot of people can use to express themselves, and I can’t wait to see what happens when it releases in full.

We don't know yet when that will be but stay tuned on Wccftech to get all the latest updates.