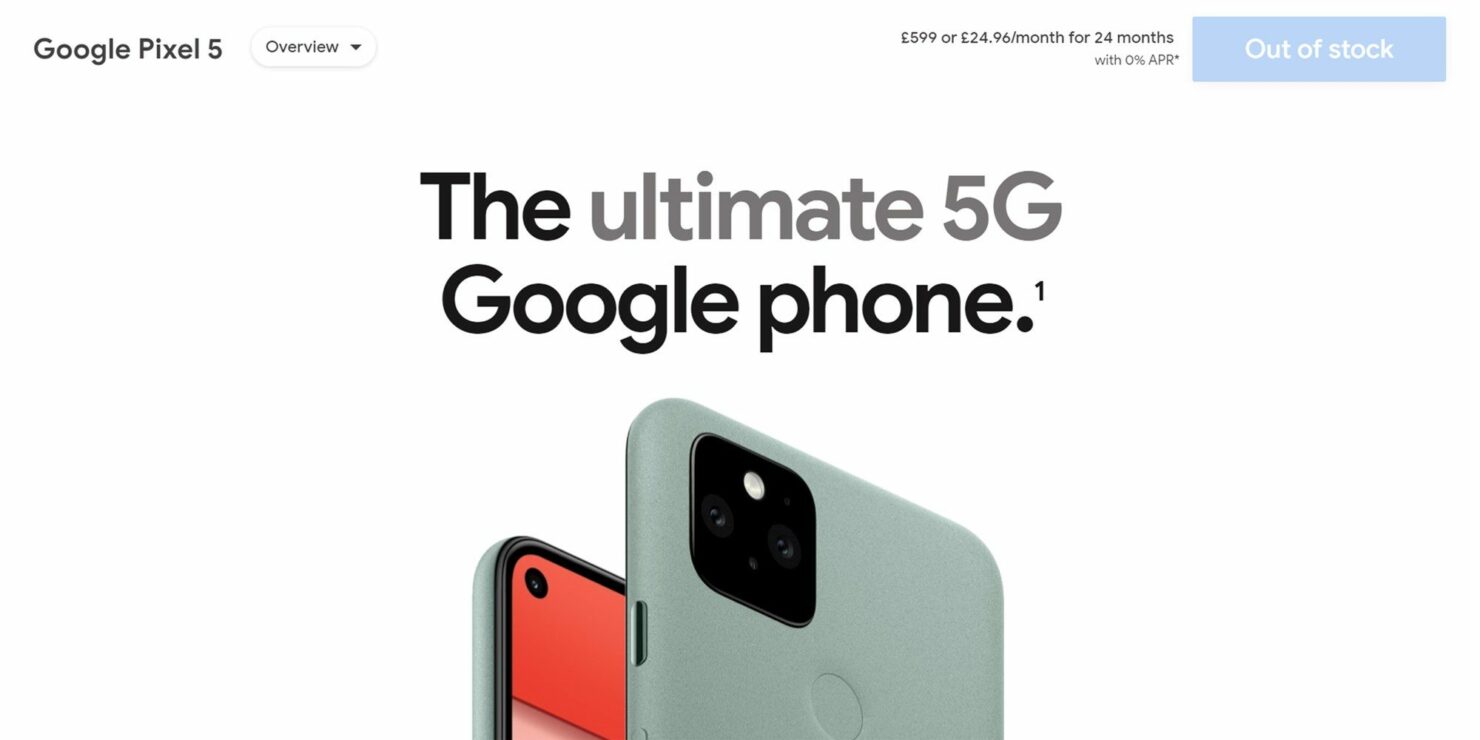 It has only been a week since the Google Pixel 5 went official and the phone hasn't even started shipping around the globe but Google has gone ahead and listed it "out of stock" on several Google Storefronts across the globe. Now, it is important to know that Google did not have high hopes for Pixel 5, in the first place. There is a report claiming that Google might ship less than one million units this year, but seeing how fast the phone has gone out of stock in a number of countries, we might see that prediction overturned.

Pixel 5 Cannot be Pre-Ordered in UK, Ireland, and Germany as it Has Gone Out of Stock

You have to understand that the phone hasn't even launched. The official launch date is 15th October, so to see the phone going out of stock before the official launch has even taken place is certainly something that we are looking forward to happening. Now, this sort of behaviour is a lot common for companies like Samsung and Apple who always sell big but the Pixel lineup has suffered a lot, and to see the sales going good, at least for now, is a refreshing change.

Whether it is the stock exchanged going the magic or the fact that some Pixel 5s are shipping with pre-order bonuses such as the Bose QC35 II, we cannot say for sure. For all we know, the phone could even be a success because this is the first Google flagship in a long time that is not going to cost you an arm and a leg. Google has also decided to use a Snapdragon 765G instead of the top-shelf chip.

Now you have to understand that at the time of writing, there is no official word on when the phone is going to back in stock, but the retailers in every region have the phones listed in both colours. If you are in the US, you can go ahead and pre-order the Pixel 5 and the expected release is 30th October. Another thing to know here is that if you are wishing to pick up the phone with the Google Fi SIM, it still shows that it is out of stock.

Like I said before, Google had pretty low expectations from the Pixel 5 but considering how it is going out of stock before it is even out is definitely something that is a healthy sign. I still believe that the Galaxy S20 FE is a better offering overall, but there is something about that "Google" feel and the experience of stock Android, and of course, Google's cameras that keep bringing people back to the Pixel phones.

Have you managed to order a Pixel 5 for yourself? Let us know in the comments below.