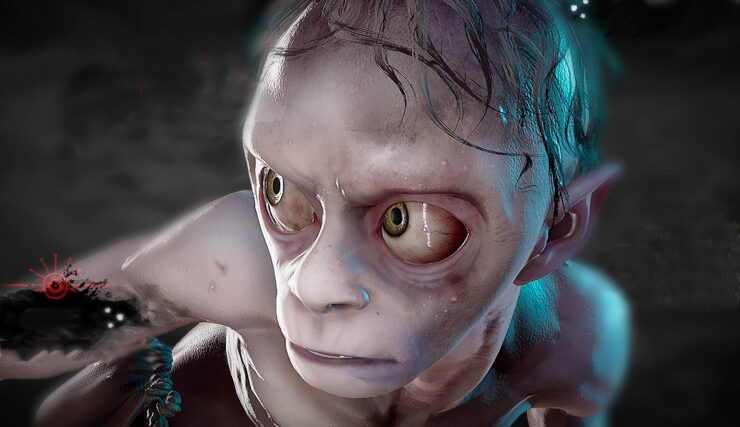 Back in 2019, Daedalic Entertainment announced The Lord of the Rings: Gollum, a new action-adventure game set in J.R.R. Tolkien’s legendary fantasy universe, but they haven’t had much to show us since then. A quick CGI teaser trailer and a few screenshots is all we’ve been given. Well, today at the Future Games Show Spring Showcase, Daedalic finally pulled the curtain back showing us some real footage of our sneaky little friend in action. The trailer is short, but we see glimpses of some of the dark places Gollum will be visiting -- and that telltale Eye of Sauron. Check out the trailer for yourself, below.

I'd like to see more, but looking pretty solid! For those who haven’t been keeping up, The Lord of the Rings: Gollum promises to expand the Tolkien universe in some interesting ways (it takes place during the largely-unexplored period between The Hobbit and LOTR) and features some promising player-choice mechanics, as your “Gollum” and “Smeagol” sides battle against each other. Here’s a quick official description for the game…

The Lord of the Rings: Gollum arrives on PC, Xbox One, Xbox Series X/S, PS4, PS5, and Nintendo Switch sometime in 2022. What do you think? Impressed by our first look at the game, or should this version of Gollum stay in his cave?

Daedalic: Gollum Won’t Look Like in the Movies; The Game Features Some Nazgûl, Player Choices