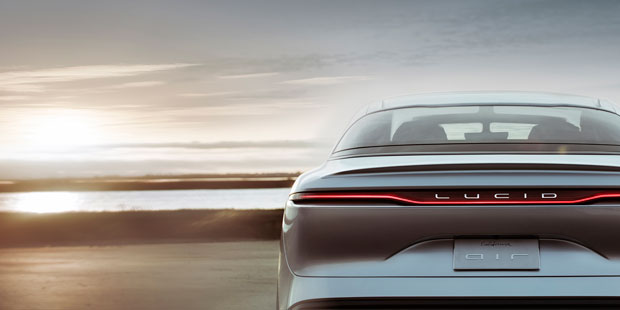 Lucid Group (NASDAQ:LCID), the EV manufacturer behind the Air electric sedan, recorded outsized gains yesterday when it announced that it would report its earnings for the fourth quarter of 2021 on the 28th of February 2022. As Lucid Group investors turn their attention toward the upcoming earnings call, the stock’s institutional holdings are in an interesting flux, based on the recent barrage of Form 13F filings with the US SEC.

Lucid Group had disclosed its first-ever earnings as a public company back in November 2021. For its fiscal third quarter of 2021, the company had reported a revenue of just $232,000 vs. a consensus estimate of $1.25 million. This nominal top-line metric, though, was largely in-line with broad-based expectations as the EV manufacturer was still in its pre-revenue phase at that time.

Lucid Group is also expected to provide critical financial guidance for the rest of 2022. As per the current consensus expectations of analysts, the company should report Q1 2022 revenue of around $212 million. Moreover, revenue estimates for the entire FY 2022 are currently pegged at $2.01 billion.

Crucially, the earnings call is expected to provide additional clarity regarding Lucid Group’s ongoing production ramp-up. The biggest uncertainty regarding Lucid’s near-term share price outlook currently revolves around how many vehicles it managed to deliver in 2021 against its target of 520 units. Should Lucid Group manage to meet this stated target, it would increase investor confidence in the company’s projection to deliver around 20,000 EVs in 2022.

Of course, 2022 is expected to be a huge year for Lucid Group, with the company already announcing its intention to start building its overseas footprint. To this end, the company is also seeking to establish its iconic Lucid Studios in select locations across the EU and the Middle East to bolster its sales volume in these diverse geographical locations.

For an exhaustive list, click this link. Notice the popularity of put options in the list above. This indicates the continued prevalence of fear ahead of Lucid Group’s critical Q4 2021 earnings.

On the bullish side, Churchill Sponsor IV LLC is currently leading the charge with 96.1 million Lucid Group shares that were bought recently, corresponding to an overall stake of 5.8 percent in the company. Bear in mind that M. Klein Associates is the managing member of Churchill Sponsor IV. Moreover, Michael Klein is the sole stockholder of M. Klein Associates, thereby indicating indirect ownership of this sizable stake in Lucid Group shares.

While perusing the 13F filings related to Lucid Group, we noted the intense interest that the stock has been garnering among Canadian banks. As an illustration, the Royal Bank of Canada has now increased its exposure from 20 shares to 306,184 shares that are valued at $11.65 million. Similarly, the Bank of Montreal has increased its stake from 16 shares to 349,158 shares valued at $13.53 million. Moreover, CIBC’s Asset Management unit has disclosed a first-time stake of 246,132 shares.

Among US banks, Goldman Sachs has led the charge by increasing its stake in Lucid Group shares from 1.567 million to 11.784 million shares. Citigroup increased its exposure to the stock from 11,307 shares to 362,964 shares. Moreover, Citi also owns call options that represent 855,000 in underlying shares as well as put options on 2.243 million underlying shares. JP Morgan Chase is quite bullish on Lucid’s prospects. As an illustration, the bank has increased its stake in the company from 4,855 shares to 79,767 shares. It also holds call options on 652,100 underlying shares. Crucially, JP Morgan does not have any exposure to Lucid Group put options, as per the 13F filings. Finally, Bank of America has increased its exposure to Lucid by 307 percent (based on the number of shares owned), while Bank of New York Mellon Corp. has increased its stake by 173 percent.

In an interesting development, the Swiss National Bank has disclosed a stake in Lucid Group for the first time, reporting ownership of 1.538 million shares. Moreover, the financial behemoth Blackrock now owns 12.633 million shares, up from 7.586 million shares previously reported.

Crucially, the Saudi PIF, which holds a 62 percent stake in Lucid Group, maintained its exposure to the stock through December 2021. Nonetheless, it remains to be seen how the recent lock-up expiration alters this equation.