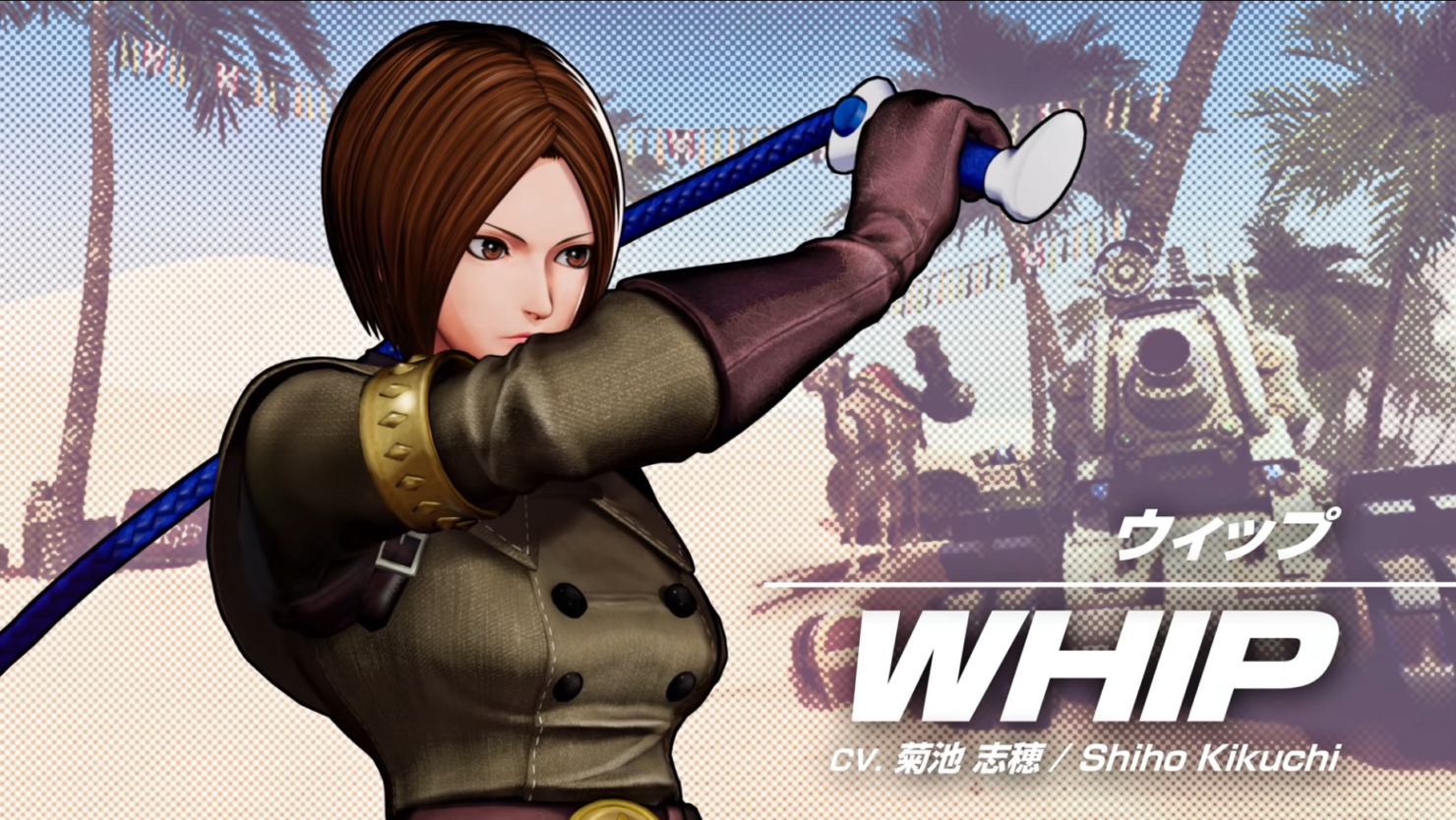 The King of Fighters XV’s release date grows ever closer, and with it, more hype is drummed up with its release. New character reveals to the game’s already very large launch roster are no different, and they’ve been happening pretty often. Today is one such case, to be exact.

The King of Fighters has had multiple “sagas” that usually end in a dream match title. Today’s reveal comes in the form of a new character from the NESTS saga, and that character is Whip. Whip also comes with a brand-new character trailer, which you can watch below.

Whip’s first appearance in KOF was The King of Fighters 1999, the sixth game in the series, and the first entry in the second saga, the NESTS saga. When she was introduced, she was a new recruit of the Ikari Warriors team.

Her gameplay archetype since her debut was to pressure her opponents from very far away with long-reaching attacks and potent anti-airs to cover several angles. That hasn’t changed with this trailer, either. In KOF XV, Whip retains that archetype in spades. System mechanics from newer games benefit her greatly, as she’s able to pick up combos from farther away and close space if she wants to, allowing her to play a similar style to other characters as well.

Her teammates have yet to be revealed, but we’ll update or provide more information when they are. It’s highly unlikely that she’s a solo entry character (as the series has done those a few times before).

The King of Fighters XV is slated to release on February 22nd, 2022 on PlayStation 4, PlayStation 5, Xbox One, Xbox Series X and S, and PC via the Windows 10 Store, Steam, and Epic Games Store. PlayStation users will be able to participate in KOF XV's Open Beta that's going to be active from November 19-22.