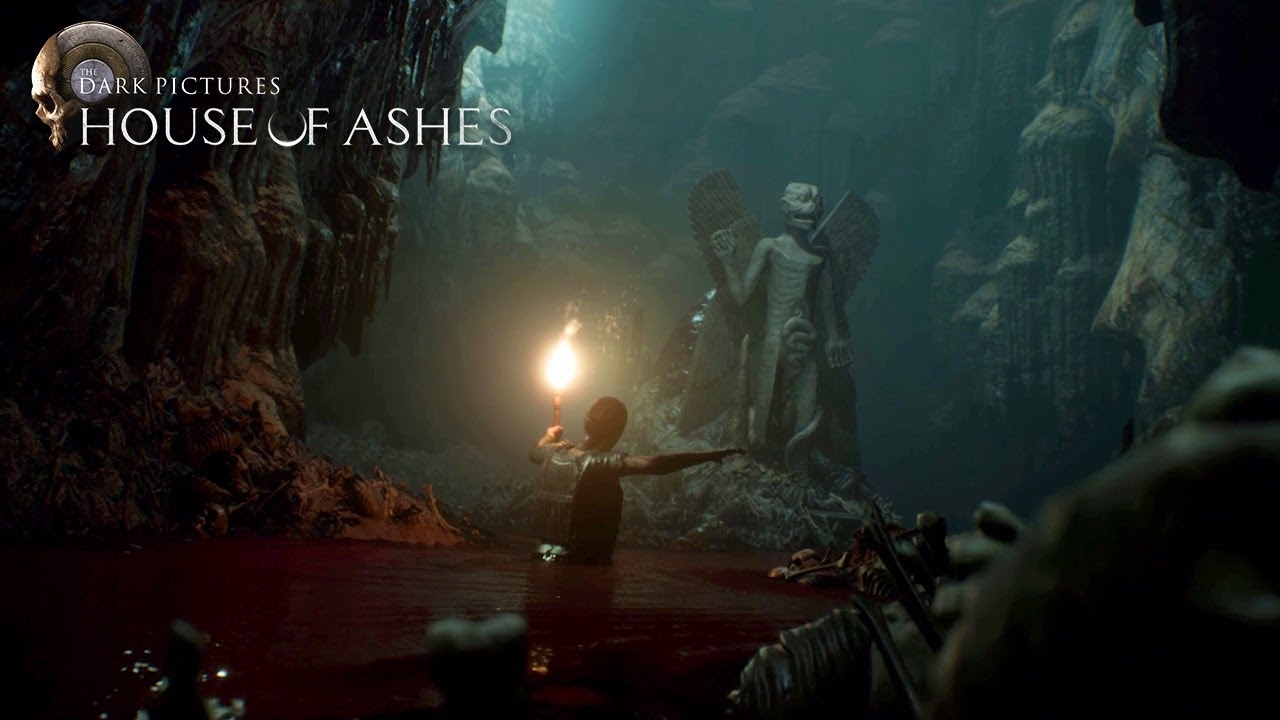 Supermassive Games are back again, preparing to scare you in the next iteration of their annual horror anthology, The Dark Pictures Anthology: House of Ashes. It's strange; I tend to always think of Until Dawn as the start of this series, even though it isn't. The style is the same, but there are core differences, with the length being a primary factor and the fact that the anthology titles are interlinked through the medium of "British".

With The Dark Pictures Anthology: Little Hope (review here) raising the bar after Man of Medan (review here), what can Supermassive Games do to set it even higher? That's something I was keen to find out, and while this was a hands-off presentation, some aspects are already shining through.

When I first saw the teaser trailer for The Dark Pictures Anthology: House of Ashes, I was curious about the upcoming game's setting. It was clearly somewhere in the middle-east or north Africa. My first guess was correct; it is the middle east. Specifically, the setting is Iraq, 2003. The war is ending, and the search for WMD's has begun.

Lead by Ashley Tisdale (Stealth Elf from Skylanders Academy), a team consisting of U.S. Special Forces, Air Force and CIA is on a mission to unearth what they believe is an underground chemical weapons depot. Upon landing, they begin a firefight with some Iraqi forces and during this, there's an earthquake, causing the forces to fall into an old, now subterranean, temple built by Naram-Sin. The lore of House of Ashes looks to build on the myths around Naram-Sin, the idea that he brought about the fall of the Akkadian empire, but that's a discussion for a history lesson, not this preview.

When falling into this temple, the US and the Iraqi forces are both faced with bloodthirsty horrors that have been buried for millennia. Five characters have been revealed, one being an Iraqui officer, showing that the two sides will need to work together and bury their past conflict to survive. They will need to, facing off against a nest of vicious creatures in an area that is designed to feel claustrophobic and exposed to potential threats around every corner.

This is all about the backstory and the buildup, and that's about all we know about The Dark Pictures Anthology: House of Ashes' story and setting. What I'm going to say right now, and this is me being a bit of a killjoy, I seriously hope this doesn't turn into a Man of Medan-like story, where the characters are hallucinating as a result of chemical exposure, or just because they're breathing in stale air. I'm not saying it will be; I'm saying I hope it isn't.

Enough about the story and setting. "Overhauling Horror" is my subheading for this preview, and I'm not using that lightly. Up until now, Supermassive Games' titles have been very limited in controlling your characters and how much you can see. This is something they're looking to change now, giving you far more freedom in how you look around, with the previously fixed cameras now replaced with a 360 degrees player-controlled camera, looking to increase immersion in the game and its environment.

Adding to this is lighting. In my review of Little Hope, I stated how Supermassive Games are essentially the video game gods of lighting. This is something they're looking to expand upon and also increase immersion through a flashlight button. You've had a flashlight before, but now you have full control over it, combining with the brand new camera to really push forward how you explore in this and, likely, upcoming The Dark Pictures Anthology titles.

This is something I'm excited about, even though I've only seen footage of it in action and heard somebody speak about it. It's something that anybody can get behind, and agree that it's the right way to go. The next change, somebody is going to complain. They're going to be wrong, but they'll complain regardless.

What is this change? Supermassive Games have put in difficulty modes; the three mentioned being easy, medium and no-holds-barred. This is a fantastic move to improve the accessibility of the game, allowing those who - for whatever reason - may have difficulty with the QTE's but would really like to experience the story. This also allows some to ramp up the difficulty if they think the QTE's in the series so far have been too easy.

The Dark Pictures Anthology: House of Ashes will launch sometime later this year and feature enhanced versions for the PlayStation 5 and Xbox Series X. These versions will have a marked improved graphical fidelity over the previous generation. House of Ashes will also see all four modes from earlier anthology titles return. Shared Story will allow you to play online with a friend; Movie Night will support up to five people in local co-op; Then, there are two single-player paths: Theatrical Cut and the Curator's Cut.

Knowing what I know and what I've seen, I'm genuinely looking forward to this. I like The Dark Pictures Anthology titles anyway, I like horror games, and I love anything that oozes atmosphere. The changes here it's just looking to add even more onto something that was already smothering you. Until we find out more, feel free to check out the gameplay reveal.