Trading. I love it and much of my professional background has come from electronic trading of more traditional securities. The problem for cryptocurrencies is that many of the systems and processes of control which exist in the traditional financial world, don't particularly exist in the crypto world, so we're going to take a step back for this article in our crypto conundrum series and look at some of the basic elements of electronic trading which perhaps are lacking when it comes to trading cryptos.

Direct Trading of Cryptocurrencies - The Un-Clearable

Unsurprisingly, the trading of cryptocurrencies themselves has arisen in somewhat traditionally organised exchanges where buyers and sellers come together to trade with one another. From a traditional perspective however, this is kind of as far as the comparison goes. Clearing (intermediaries who guarantee trades) doesn't really exist for cryptos.

What this means is that the degree of risk involved in any given transaction is significantly higher than it would be if you went to your broker to buy Intel stock for example as clearers typically sit between parties to reduce settlement, operational and counterparty risk associated with trading (the legally binding contract to trade) and settlement (the actual cashing out of the positions associated with a trade).

This means that the parties who are buying and selling on any given crypto exchange are somewhat beholden to the exchange itself to facilitate the transaction and the underlying coin/currency which sits there. In a traditional commodity such as gold, this is potentially backed by physical bullion in for example the Comex vault (although in recent years, this is a massively insignificant fraction of the total possible paper claims against the bullion itself), which is at least part of the reason why crypto exchanges are significantly exposed to hacks since they effectively hold the settlement of any given trade hostage.

Clearing isn't necessarily required to the degree that it is in traditional markets because for example in cryptocurrencies trading you can take out smart contracts to guarantee the terms of the trade which takes place. The difficulty is that the contract specifications for these kinds of smart contracts are not standardised meaning that if you get a bogus developer, the smart contract may not be able to mitigate the counterparty risk you thought it would, so still something to be careful of.

Liquidity (the volume of availability for the security to traders) is a big concern when it comes to crypto trading for a variety of reasons, chief among them:

Some cryptocurrencies such as Bitcoin have a hard ceiling on the amount that can be technically mined.

Many early miners are fairly likely to be sitting on holdings watching them appreciating (although recent corrections may have hit that), meaning their holdings are technically available but not accessible to trade.

Liquidity is fragmented between multiple exchange with efficiencies to correct pricing disparity significantly lacking between these exchanges and the traditional FX venue balancing between exchanges not really a consideration due to the likely retail nature of many crypto traders.

Liquidity is a concern because if there isn't enough volume available, you're more prone to wild swings when someone with a large order enters the fray.

It's fair to say that there has likely been a reasonable amount of what could be considered market manipulation on cryptocurrency exchanges. Trading activity designed to generate an advantage over other trading participants rather than winning or losing on the basis of making the "right call" of whether to buy or sell the asset itself.

Sending false signals to the market to make it look like there is more demand or supply than there actually is, layering and spoofing, flash crashes, more trades taking place than there would otherwise be and all sorts of shenanigans are things which of course still occur on traditional regulated markets but to a significantly lesser extent due to the maturity of these market models and the regulatory environment that exists around them.

Does all this mean you're going to lose your entire holding the second you trade on an exchange? Of course not, these are just things to be aware of so that you can take appropriate protections. A market order can be a dangerous thing in the wrong situation, even more so when a lot of the traditional protections that exist on normal stock exchanges may be lacking (depending on where you trade). Make sure you understand the rules of the market you're engaging in, the capabilities that other participants have and how those capabilities and rules (or lack thereof) can be used against you.

Thomas Peterffy himself (Interactive Brokers Group Chairman and CEO) even went as far as to call the move "suicidal" due to the linking of clearing of these contracts to the "traditional economy".

That much said, he has since toned down his rhetoric, although IB still says it has significant concerns over the clearing structure of these futures and has imposed huge margin requirements on its clients wanting to trade them (50% margin on long only trades).

Bitcoin futures are of course however still intrinsically linked to the underlying markets of the various exchanges which the futures use to determine their valuation rates. Any manipulation in those markets (let's not be naive, rate fixing, banging the close etc all still occurs despite LIBOR and FX rate rigging scandals and subsequent investigations by regulators) means that you're potentially exposed by trading these instruments. 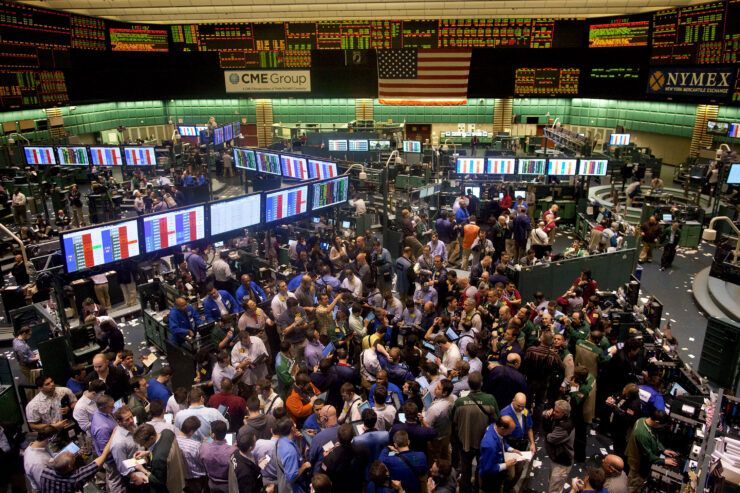 It feels in many ways like a new wild west. The digital cry of "There be gold in them thar hills!" has basically gone up and everyone is scrambling to ensure that the protections which have been built up around the global financial services system have some semblance of representation within the crypto-currency arena. Ways in and out of trading these kinds of instruments are also fraught with danger when you consider situations like Tether and other pegs which people use to transfer money into and out of the various cryptos. Things which are allegedly tied 1-1 with a traditional currency such as US Dollars (but which may not actually be, we'll be looking at this further in our investment considerations piece).

In the same way that a trader who doesn't know what they're doing can quickly lose the shirt on their back from normal financial markets trading, particularly when derivatives and other slightly more exotic factors come into play, these risks are amplified in the crypto area. That doesn't mean you shouldn't engage in it, just go into it with your eyes open, do your research and be sure you're not the one who gets fleeced. Don't take for granted that the protections which exist when you buy Intel, NVIDIA, AMD, T-Notes, Gilts, futures or options or even to a somewhat lesser extent, Foreign Exchange (technically not a regulated instrument) are going to apply when you put your wallet on a Bitcoin exchange.