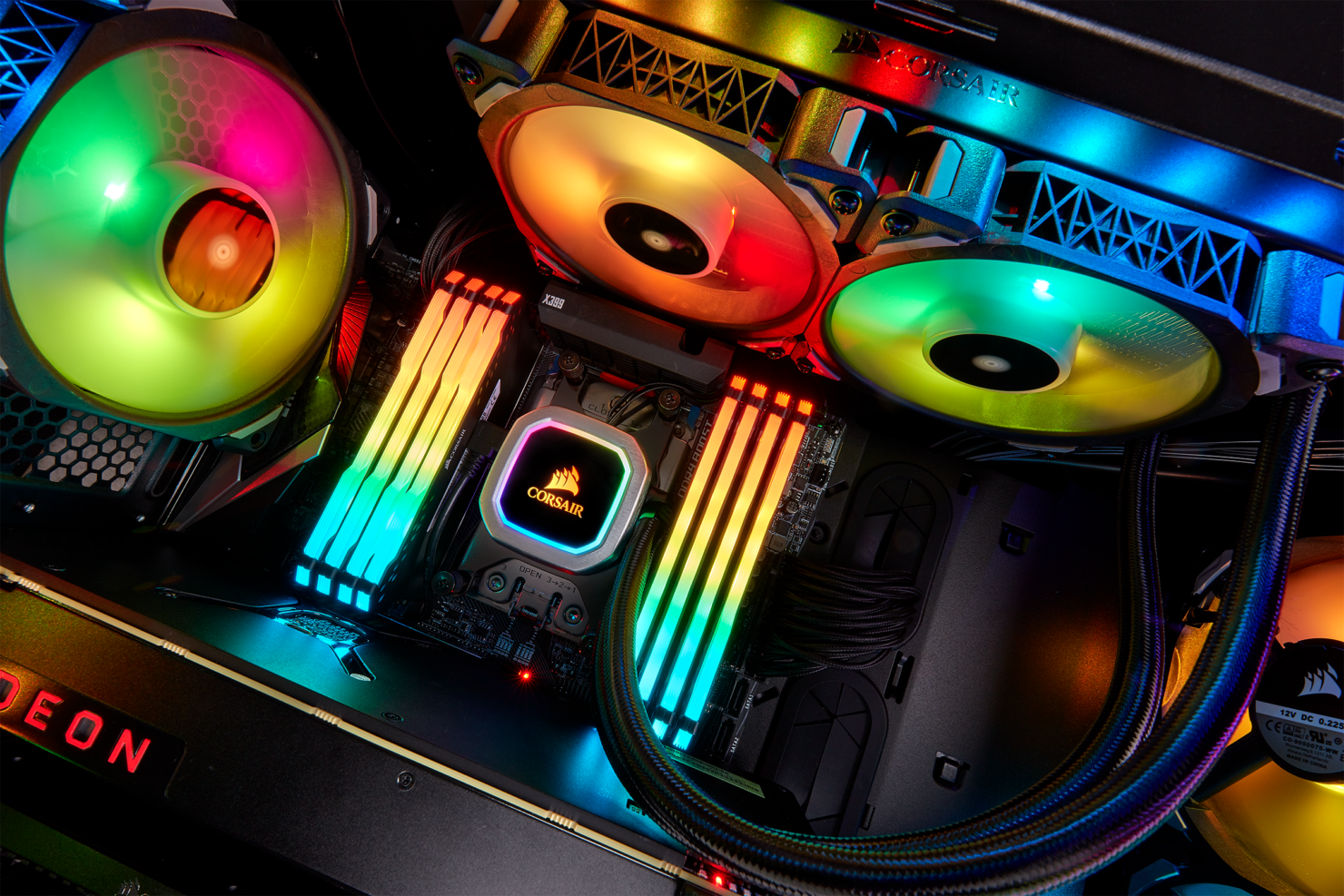 The Corsair H100i and H115i RGB PLATINUM are the standards for affordable AIO's that pack performance into a classy package. You can now get the H115i RGB PLATINUM for $124.99 down from $159.99, which is quite a good deal for an AIO that is able to cool the latest and most powerful processors. The AIO features a sleek design with a nice RGB implementation along with the use of Corsair's ICUE software. It combines flashy RGB with a sleek design with many features to boast.

All The Features To Cool Your Newest 12 Core CPU

As the first Hydro Series coolers to feature customizable RGB lighting on both the fans and the pump head, the H100i and H115i RGB PLATINUM take lighting to a brilliant new level with a whirlwind of color.

16 individually addressable LEDs in the pump head and four in each fan combine for a total of 24 RGB LEDs, heightening your system’s style while lowering its temperatures. CORSAIR iCUE software brings everything together in a single, easy-to-use interface for powerful control over all of the H100i and H115i RGB PLATINUM’s functions. iCUE allows users to directly control pump and fan speeds, creating custom cooling curves that automatically adjust based on a range of monitored system temperatures.

The Hydro Series PLATINUM coolers achieve their extraordinary performance thanks to a thermally optimized copper cold plate and precise PWM control over the fans. The H100i RGB PLATINUM can be set between 400 and 2,400 RPM, while the H115i RGB PLATINUM ranges between 400 and 2,000 RPM. In addition, the low-noise pump design combined with Zero RPM cooling profiles that can stop the fans entirely at low temperatures, results in exceptionally quiet coolers that efficiently channel heat out of the CPU to the radiator without an excess of distracting noise.

With extreme cooling performance, detailed customization, and killer looks to match, the CORSAIR Hydro Series H100i RGB PLATINUM and CORSAIR Hydro Series H115i RGB PLATINUM are the standard for all-in-one liquid CPU cooling. This is something you have to have now that the H115i RGB is on sale for $124.99 which is down $35 dollars from the usual $160.