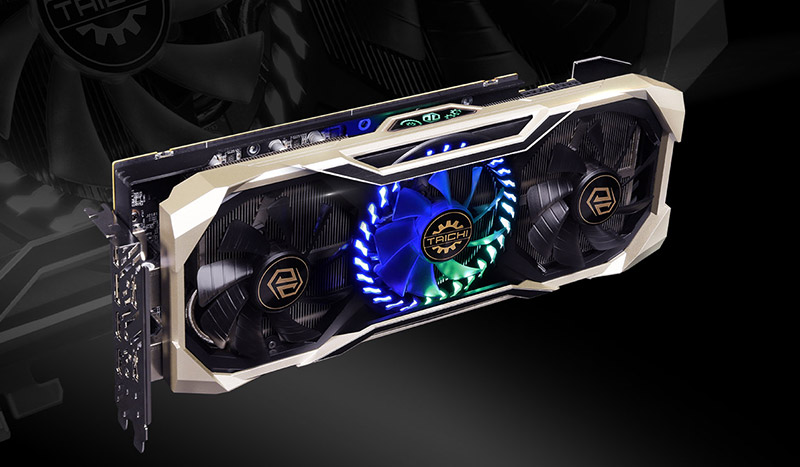 The ASRock Radeon RX 5700 XT Taichi OC+ is a custom version of AMD's flagship Navi 10 GPU which offers a factory overclock out of the box along with much better thermals which are made possible with its triple-fan cooling system.

ASRock ships this card out at the reference clock speed of 1,810 MHz as a base clock and a boost clock of 1,935 MHz. But with the flip of a switch, you can unlock the overclock bios which push the card's frequencies beyond 2000 MHz. 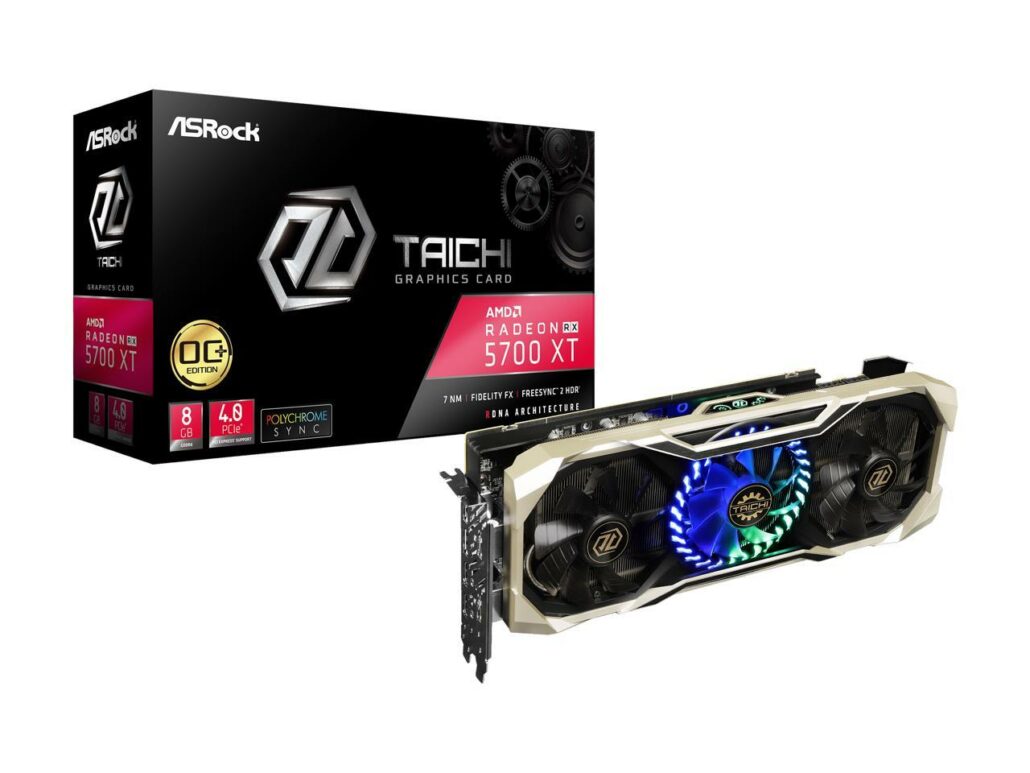 If you are planning on building an ITX or an mATX build, this may not be a card for you since the overall size of the card is 324.5 mm long and requires 2.5 slots to fit securely in your case but with the increased surface area of the heatsinks allows for much better thermals. The overall larger size allows for a thicker heatsink, two 90 mm and one 80 mm cooling fan. The 80 mm fan in the middle features ASRock's Polychrome Sync compatible RGB LEDs which allow you to change and adapt its color through ASRock's software.

ASRock Taichi OC+ has a total of 6 outputs, two of them being HDMI 2.0b and four DisplayPort 1.4 which allows up to 144 Hz and up to an 8K resolution. The power connectors for this card include two 8-pin plugs and the card would sip slightly more power than the reference variant.

The card's amazing design highlights are the RGB fan which is neatly placed in the center of the card on the downward side, there is also a metal backplate on the backside which helps stop this massive graphics card from having any sag. Included backplate shows classic Taichi design which showcases gears predominantly.

This model may not be sold wo

The normal pricing for this card is normally on the expensive side costing almost $500 retail, for Black Friday this card is $50 off making it cost just $429.99 making it much more competitive in the RX 5700 XT AIB market.