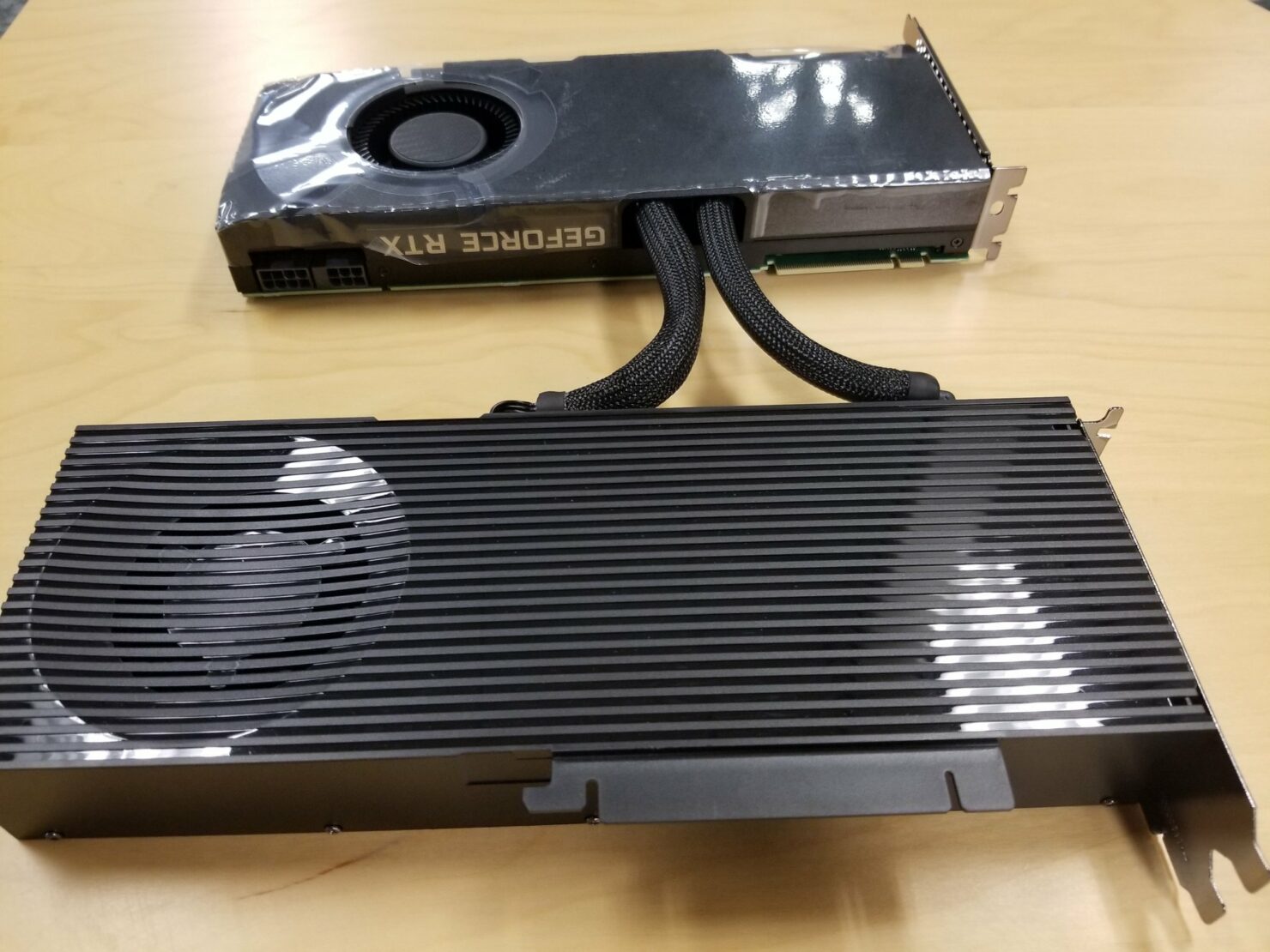 The company Asetek, known for its long history in all-in-one cooler technology, has recently unveiled its new Rad Card. No, it's not some cool late 80's thing but rather a really interesting approach to GPU cooling. Multi GPU configuration have certainly fallen out of favor over the past couple years for most people, including vendors, and that has left a bit of unused space in the ATX configured system, Asetek is putting that space to use.

Asetek is responsible for the AIO coolers used in the EVGA Hybrid more recently but had an early entry with PNY and a double configured solution. The PNY GTX 580 XLR8 solution actually had a GPU pump as well as a CPU pump, I picked one of these off a dead card for a build I had back in the day (image below). 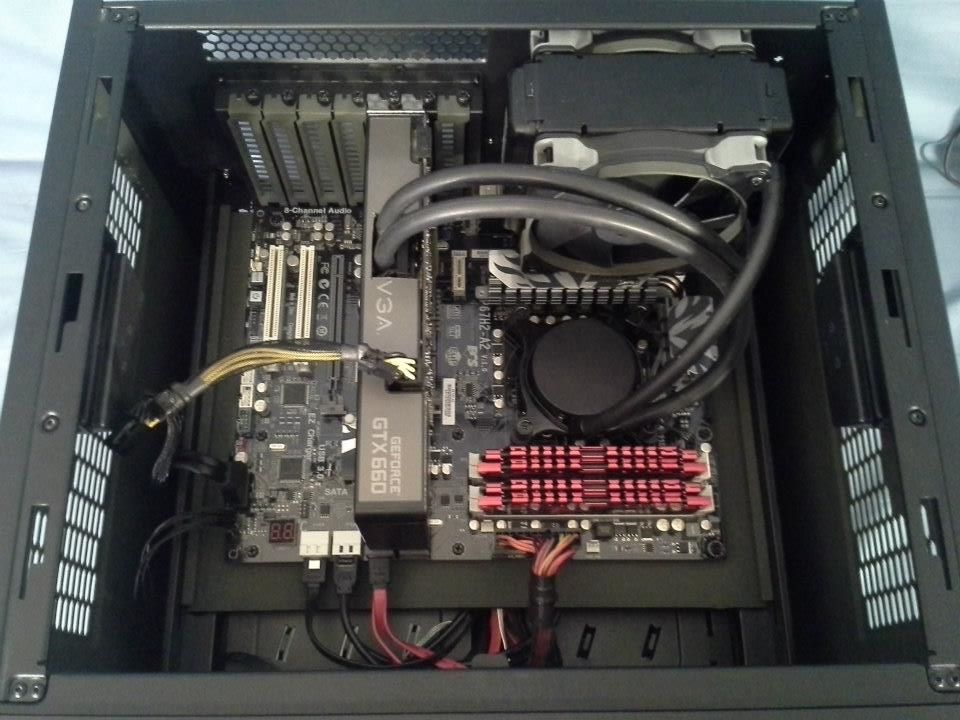 In their latest creation, done for OEM Dell-Alienware, Asetek has taken the unused space in what would have been a secondary card and actually filled that with a radiator and blower fan solution rather than requiring the mounting of a typical 120mm or 240mm radiator the way they have in the past. This has a two-fold positive outcome in that you don't have to find a place to mount a radiator on the top or rear of the case and you give to fill in some of that otherwise unused space. Unlike my terrible idea of a 'vanity card,' this will actually serve a function. The short distance the tubes have to go also means that they don't clutter up the inside

Space concerns are a real issue for PC manufacturers, leaving GPU air cooling as the only option, until now. Asetek took this challenge head-on, innovating a new approach to radiator technology that reimagines the shape and location of the radiator. The Asetek Rad Card GPU Cooler fits into your motherboard’s PCIe slot, just like any other add-in card. By utilizing PCIe slots, Asetek has defined a way to overcome PC manufacturers’ dilemma of finding additional space inside the case for a liquid cooled GPU heat exchanger (HEx). 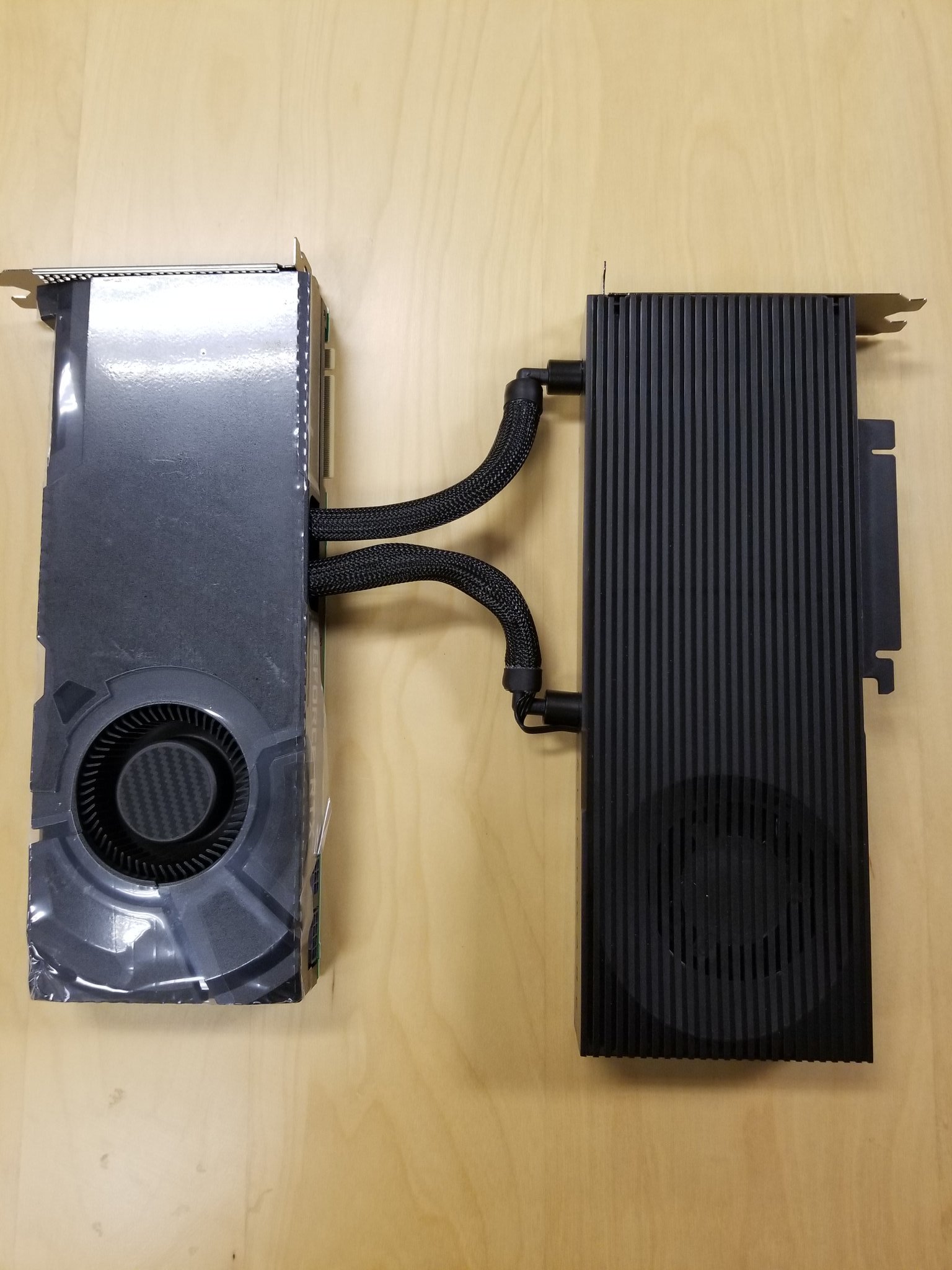 When Alienware approached us to develop a solution to enable GPU cooling in space constrained cases, we were up for the challenge,” said John Hamill, Chief Operating Officer at Asetek. “The result is a completely redesigned approach to GPU cooling

Asetek also points out the key benefits of this type of solution such as;

Great, but it's for OEMs why should I care as a PC enthusiast who builds my own systems? Well, it seems not all of these made their way to Dell and I couldn't imagine that they would want to put all that effort to waste. Asetek is very open about looking for feedback from those who are interested in seeing something like this make it's way to the mass market. I for one am as I love seeing more options for aftermarket cooling. Now whether they are thinking of making this a standalone purchasable item or partnering up with someone like MSI (who's Aero model looks suspiciously similar) either way they're looking for that sweet sweet feedback.