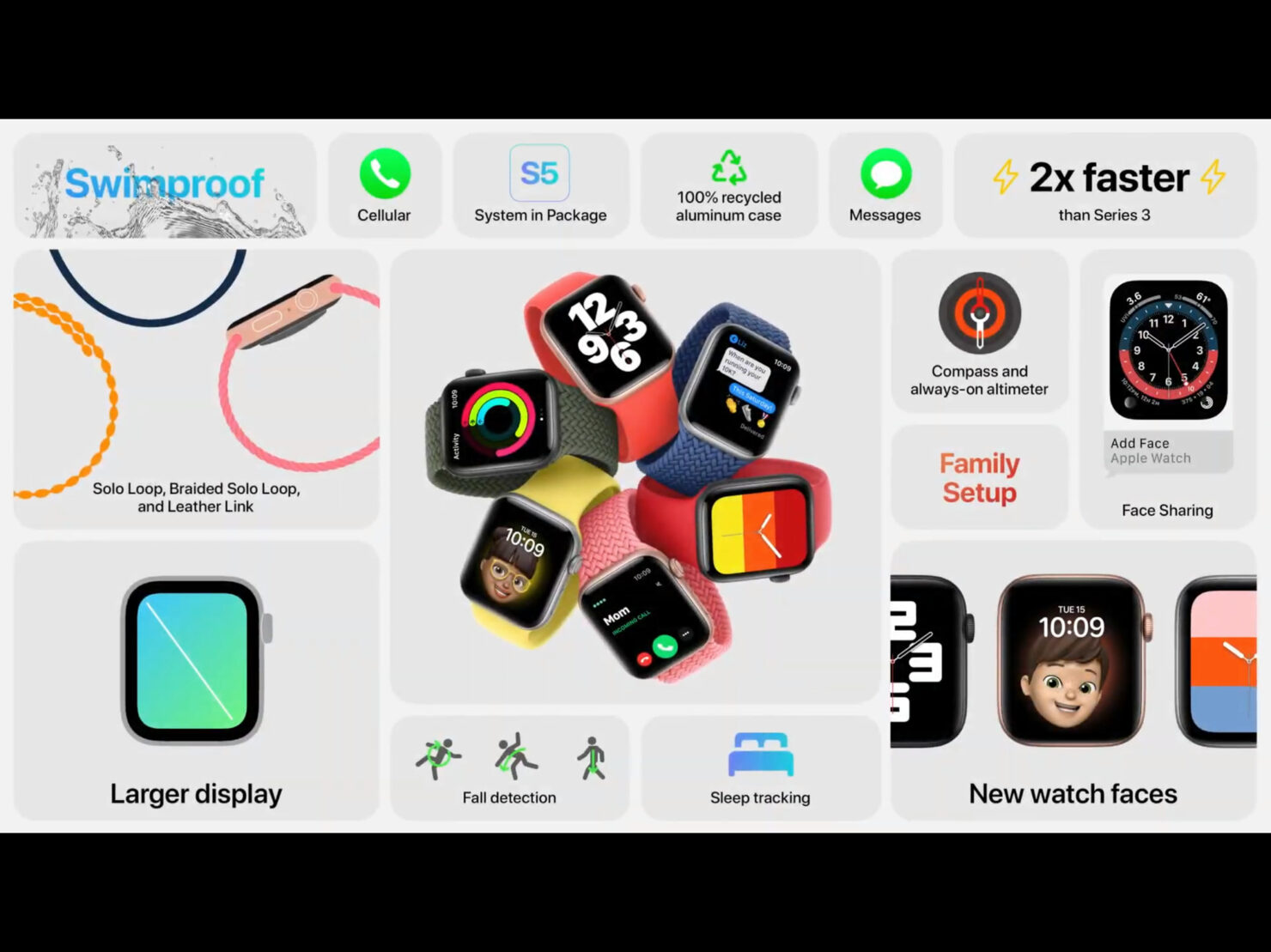 The watch is two times faster than the Series 3, you have features such as a compass, and always on the altimeter. It is made using 100% recycled aluminium case, and you also have the S5  chip under the hood. The watch is swim-proof, and available in a cellular or GPS the only variant, as well. You are also getting support for Face Sharing, Family Setup, Fall Detection, Sleep Tracking and other similar features.

The Watch SE is going to start at $279, and it is available to order today for both variants, with availability starting this Friday, as well. As said before, the Apple Watch SE will be available in both cellular and GPS only models.

The Watch SE is definitely something that is a step in the right direction, especially for people who are still trying to figure out whether they want to commit to owning a smartwatch or are they just okay with having no watch at all. Additionally, the Apple Watch SE is definitely something great for those who don't want to pay a higher price for the Apple Watch Series 6.

Will you be picking up one of the Watch SE? Let us know what you think about it.