Tesla Motors is currently occupied working on a wild but different idea which is dissimilar to others in its own way.  Elon Musk, CEO and Chief product architect at Tesla Motors recently said that his company is working on a type of charger that does not require to be manually connected. 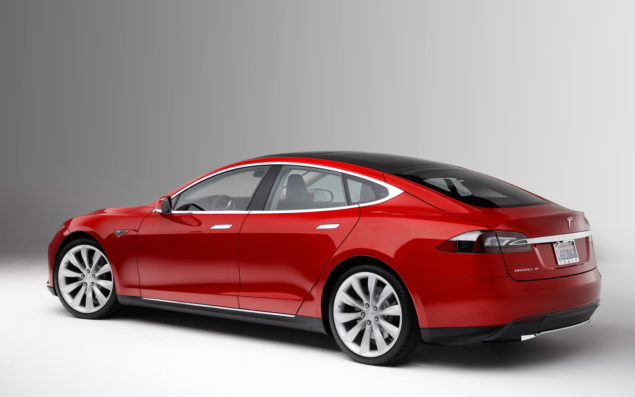 The Tesla Model S  will be using these type of chargers.

Futuristic charger will work on all Model S cars

The charger that the company is working on would connect to the car by automatically coming out of the wall like a solid metal snake. The electric car company is working on the technology that will help reduce the need to manually connect the chargers when you get your S Model to the garage at night-time. This new tech’s basic aspiration is to make charging of Tesla cars even more convenient than before especially for those who are careless and usually forget to put their cars on charging manually or more appropriately, because of indolence. This works more like a usual verbalized robotic arm (and will help lethargic people charge their cars)  and is less risky or evil (like Dr. Octopus from Spiderman)  . Moreover, it would work with all Model S existing vehicle on road. Though, it’s equivocal (uncertain) as to whether this system would be workable and designed for supercharging stations or for use at home.

The CEO however noted that the basic goal of the company is to park the car in the garage after dropping off the driver. The automatic door, another update of Tesla motors could also be a part of a self-charging system. But the chargers that will come out of the wall can work with cars which don’t possess the automatic doors already.  Tesla is bringing in this technology to benefit both the existing and new upcoming customers. The company is going out of the way to get its customers satisfaction to a higher level than before. They have started undulating out battery swap technology that works with new and old existing cars as well. Also noticing the conservatism of Tesla towards battery swaps, earlier in 2014, it also introduced a warranty allowance that also goes for Model S existing cars that are shipped already.