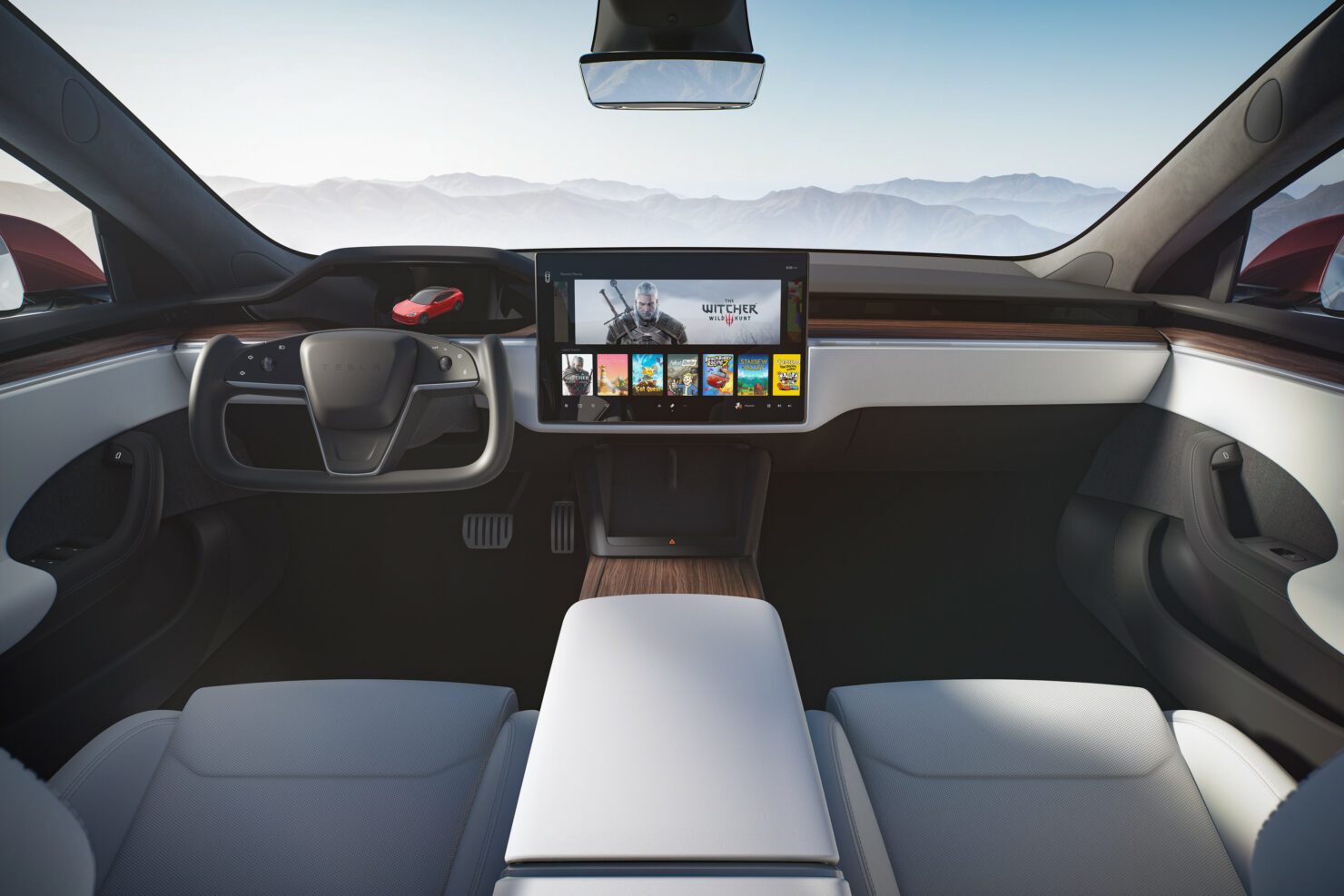 The Tesla Model S infotainment system is powered by AMD's Navi 23 GPU which features 2048 stream processors and 8GB of GDDR6 memory. The memory interface features a 128-bit bus with a memory speed of 14 Gbps and a total bandwidth of 224 GB/s. These specifications haven't been confirmed by either Tesla or AMD, but are likely correct. However, Tesla did confirm that the system has 10 TFLOPs of computing power. The CPU in the infotainment system has yet to be confirmed.

In the demo, Elon Musk demonstrated Cyberpunk 2077 being played on the 17-inch 2200 x 1300 touchscreen infotainment system of the Tesla Model S. From what we saw, Cyberpunk 2077 was running well on the system and Elon Musk claimed,

If the Tesla Model S can run Cyberpunk 2077, it can essentially run any title as Cyberpunk 2077 is a very demanding title. He reiterated the performance of the infotainment system when he said,

Yes, it can run Cyberpunk. It’s a high frame rate, it will do 60FPS with state-of-the-art games.

When exactly would you have the opportunities to actually play on the infotainment system? Well, charging the car is one instance where you could play while waiting for your car to charge. Contrary to when the car is stationary, Elon Musk went on about the future of cars and listed an instance where games could be played while driving,

If you think about the future of where the car is often in autopilot or full self-driving mode, then entertainment is going to become increasingly important.

It's hard to imagine a future where people will be playing video games at the wheel, but anything is possible when Elon Musk is behind it. Autopilot and self-driving cars are the future and gaming behind may one day be plausible and reasonable.

If you want a Tesla Model S Plaid, it certainly won't be cheap with Model S starting at $122,990 and highly configurable meaning that price could go even higher. Hopefully, we see infotainment systems like this one on more cars.