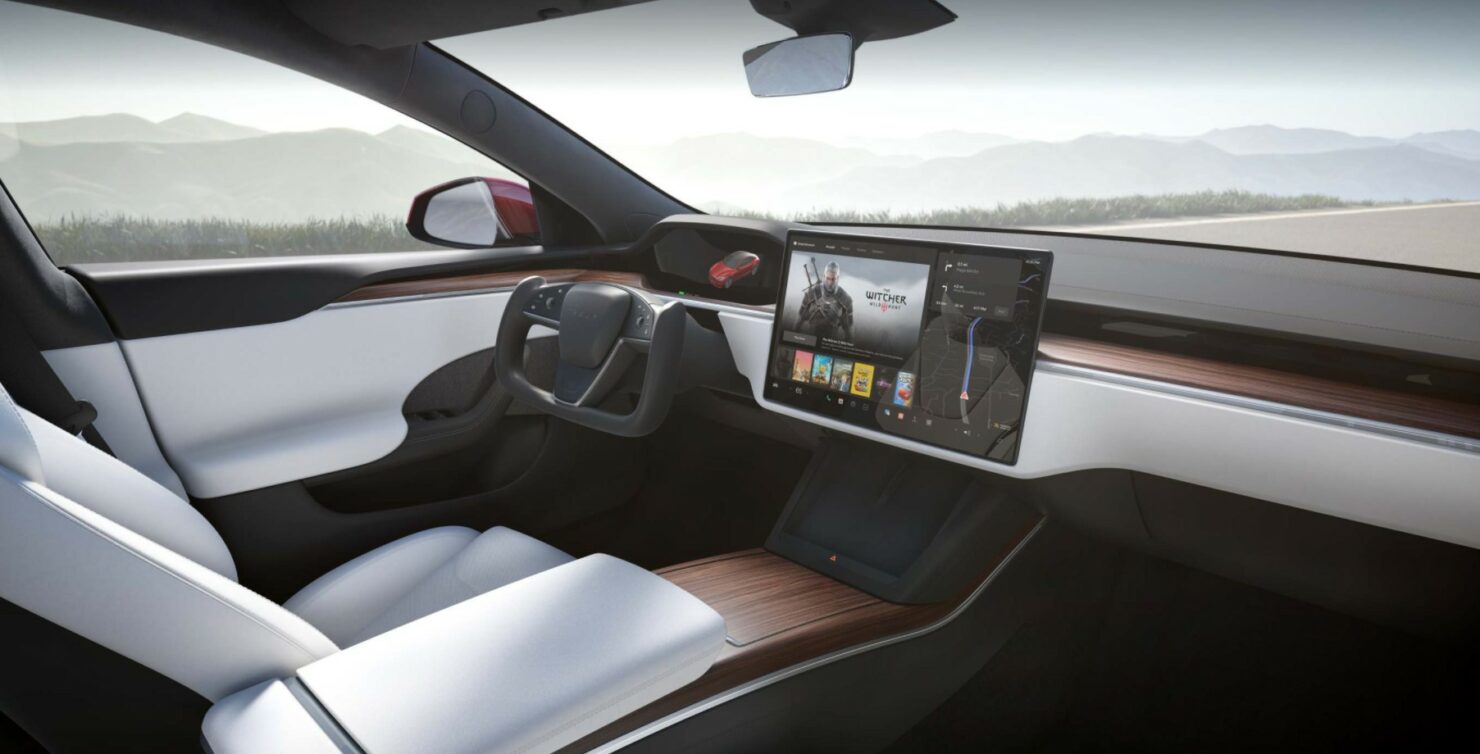 There is no doubt that Tesla is good at a lot of things. The company offers its software for the display unit designed specifically with the functionality that integrates with the car. Apple's CarPlay is also a widely used infotainment system but it is not available as Tesla's in-car display. Now, a Polish user came up with a workaround to integrate CarPlay in a Tesla. Scroll down to read more details on the subject.

As mentioned earlier, a Polish user came up with a way to integrate CarPlay into a Tesla (via Tesla North). Gapinski shared photos and videos of his work on Twitter, showing a Tesla running Apple's CarPlay. The setup is quite usable and everything was functional which includes Apple Maps, Apple Music, and more. Check out how the user managed to achieve it.

The user did not make any changes to the hardware of the Tesla and instead bypassed the Wi-Fi restrictions. This will allow Tesla's browser to connect with a secondary device. Henceforth, Tesla's infotainment system shows a live video feed from a host device. The developer explains that the system uses a Raspberry Pi running a custom version of Android. The Android build used can run CarPlay which allows the entire system to be shown on a bigger display.

Steering wheel controls + current state of #teslaCarPlay on video. Next step is to improve Wi-Fi connection, the stream is 2x smoother when viewed on my laptop pic.twitter.com/0wFFUQQPkx

However, the entire system is not perfect, as noted by the developer, the Wi-Fi connection requires work for enhanced fluidity. Nonetheless, he also says that once the process is seamless, he plans to release it to the public. This is all there is to it, folks. It is hardly likely that Tesla will use Apple's CarPlay system in the future and this is the closest anyone has ever been to make it happen.

What are your views on the subject? Would you want to see CarPlay on a Tesla? Let us know your preferences in the comments.