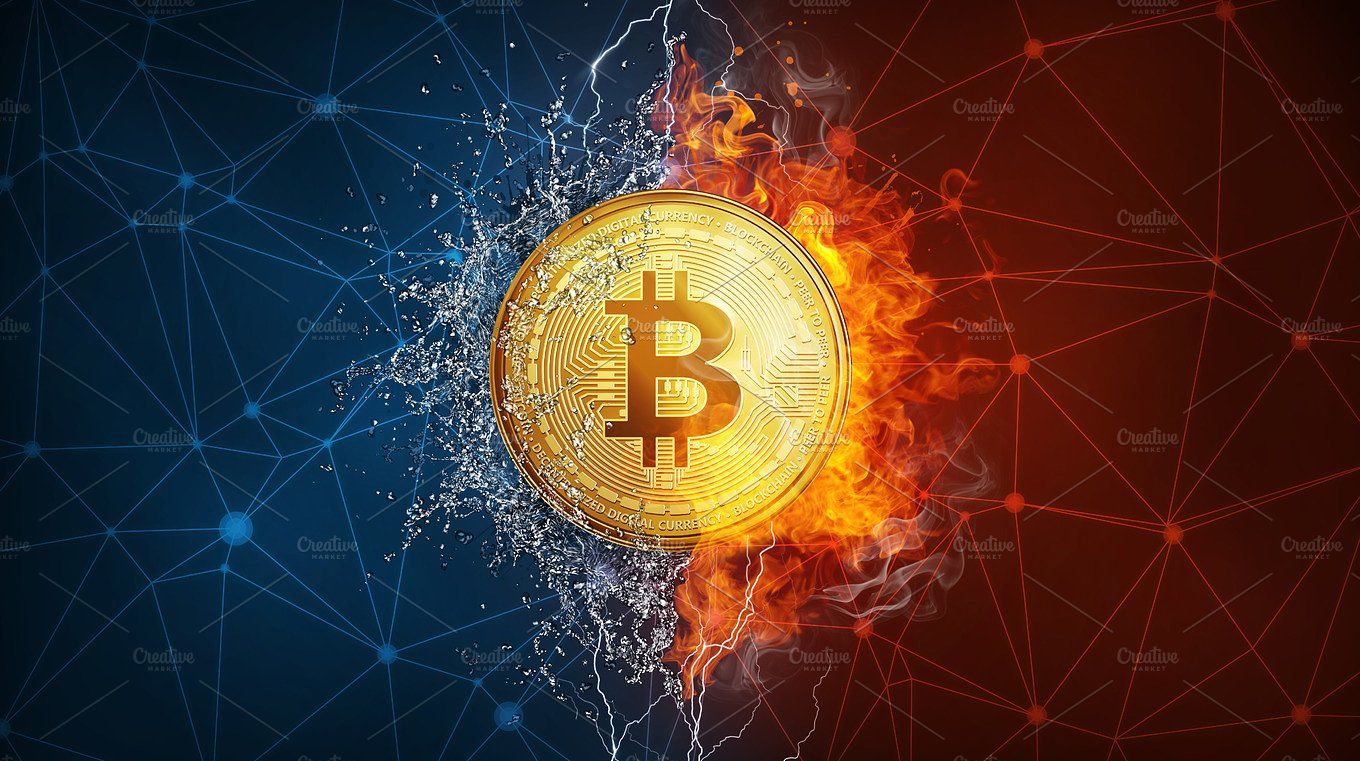 Tesla Inc will accept payments for its vehicles through the cryptocurrency Bitcoin confirmed the company's chief executive officer Mr. Elon Musk in a tweet today. The shift comes as the company invested $1.5 billion in bitcoin earlier this year and follows through on the commitment that it made in its filing with the Securities and Exchange Commission (SEC) which disclosed the decision.

The decision to use the digital currency for its products will end up contributing to Tesla's current portfolio of the cryptocurrency as Musk also announced that the payments his company receives via the currency will not be converted into another form and will instead remain as bitcoins. Bitcoin support is limited to Tesla's customers residing in the United States for the time being, with support for international buyers slated to come later this year stated the executive late in the night.

Tesla's shift to bitcoin preceded Musk's tweets which came around 03:00 ET today. Its website started to display the cryptocurrency as a medium of payment roughly an hour before the announcement, with users on the social media platform sharing screenshots of the change. However, bitcoin support on the Tesla website does not appear to be ubiquitous.

With the shift, Tesla, whose chief is known for his support of digital currencies and whose comments have often caused prices of the currencies to go up, becomes one of the first large U.S. companies to make the switch to bitcoin. This switch will inject confidence into bitcoin, which has seen doubts regarding its credibility as a mainstream currency consistently surface even as it regularly breaks price records.

By deciding to accept bitcoins after it invested in the currency, Tesla will have adequate liquidity for the currency, but since it will retain its payments as they are, this will unlikely have any major benefit. 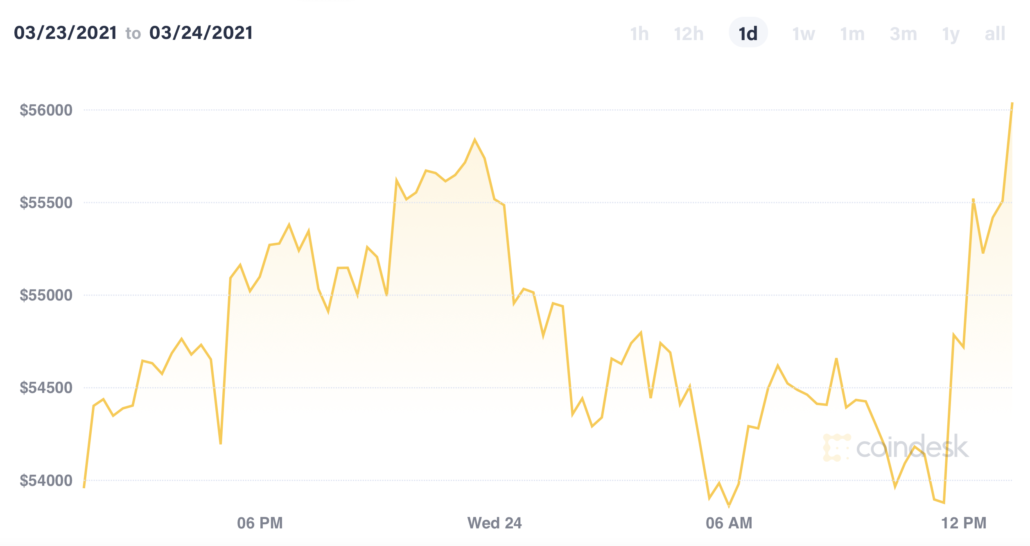 Bitcoin's price has soared in the ninety minutes since Musk's announcement today, recovering the losses it made yesterday. Image: Coindesk

In the time that's elapsed since the announcement, Bitcoin's price has soared by 4% as it crossed $56,000 at 04:30 EST today. Musk's support for the currency has often caused price shifts as well, and it's unsurprising that the announcement made today has also caused the price to go up.

The new price shows bitcoin's potential to make rapid gains in a short period of time, as one unit of the currency was worth $44,000 when Tesla announced its bitcoin portfolio in February last year. This volatility has been a major contributing factor behind the skepticism that continues to surround bitcoin.

Tesla's share price is slightly up in pre-market trading with the automaker up b 1.2% at 04:34 EST. Following its earlier portfolio announcement, the stock had gained roughly 2%, even as Tesla cautioned investors about Bitcoin's volatility in its SEC filing.

Bitcoin's impact on the tech industry has come in many forms. One of these is creating a vacuum in the market for graphics processing units (GPUs) which are used by both video game players and currency miners. Used GPUs which flooded the market following the drop in interest in the currency a couple of years back caused companies such as NVIDIA Corporation and Advanced Micro Devices, Inc inventories' to move out of sync with the market creating losses as a consequence.

As it launched its latest RTX 30 GPU lineup last year, NVIDIA had to consistently answer questions about how it planned to predict and manage the demand for its products from cryptocurrency miners. However, even as it set mining limits to its products such as the RTX 3060, these were bypassed by miners who are using innovative ways such as liquid and minera-oil cooling for their mining setups.