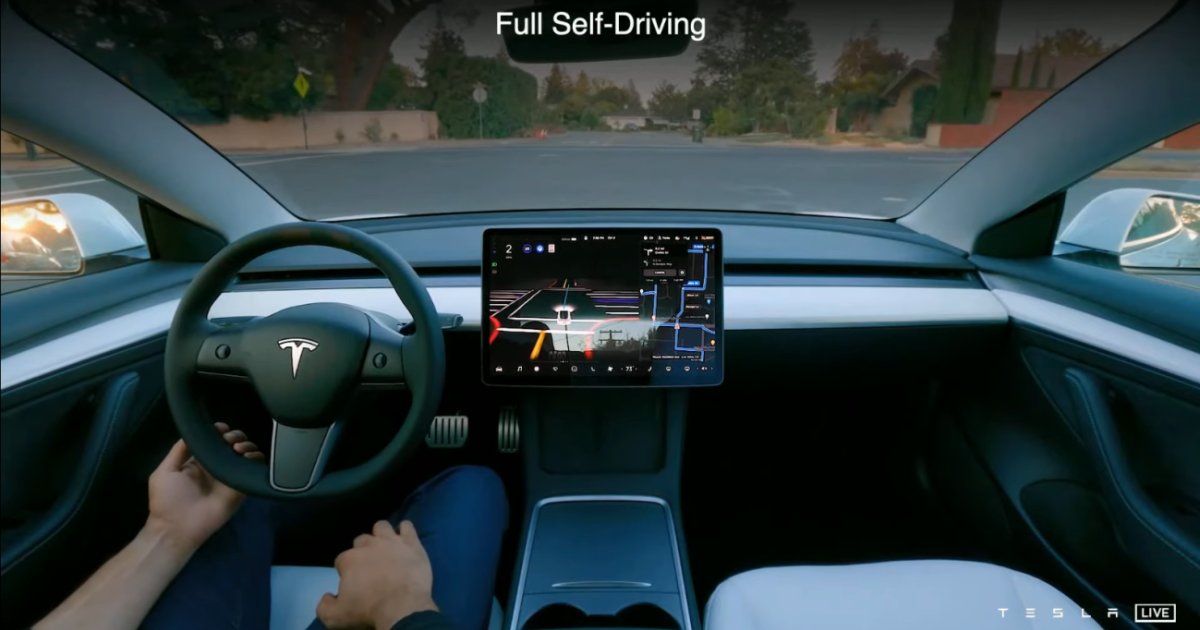 Tesla (NASDAQ:TSLA), the world’s leading manufacturer of electric vehicles, is certainly an emotive subject for its vocal supporters and virulent detractors, with pitched battles taking place regularly on social media between these partisan groups. Nonetheless, the prevailing atmosphere has turned dramatically intense since last week when the US National Highway Traffic Safety Administration (NHTSA) initiated an investigation of Tesla’s semi-autonomous driving system, dubbed the Autopilot, following a series of troubling accidents over the years.

As a refresher, Tesla’s Autopilot system has recently gone through a major overhaul, with the company abandoning the radar sensor in favor of eight cameras. Tesla retails the Full Self-Driving (FSD) functionality of the Autopilot system as a separate add-on that can be purchased via a $10,000 lump-sum amount or $199 per month subscription.

During its much-anticipated AI Day event last week, Tesla showcased the enhanced abilities of the Autopilot system while conceding that the FSD capability of the Autopilot was being hampered by two factors: temporary blockage of the cameras’ field of view and faulty memory of road signs.

Consider the following video that shows how the FSD 9.2 beta still ignores barriers and tries to drive through them:

In fact, Elon Musk has also cast aspersions on the FSD 9.2 beta, terming it “not great”:

FSD Beta 9.2 is actually not great imo, but Autopilot/AI team is rallying to improve as fast as possible.

We’re trying to have a single stack for both highway & city streets, but it requires massive NN retraining.

Moreover, the AI Day presentation itself created controversy amid allegations that Tesla, in order to artificially boost the relative performance of the Autopilot’s cameras, used static LiDAR rigs as a reference and then deliberately angled them downward in order to create blind spots.

🚨 #Tesla's @Theranos-level LIDAR Lies 🚨
During Tesla's "AI Day", its representative said, "Here, we have a real clip that was gotten from a car. It then goes through an auto-labelling pipeline to create a 3-D reconstruction of the scene..." $TSLA $TSLAQ 1/9 pic.twitter.com/ed6PjTzhSU

While we believe that Tesla should address this controversy, the company’s engineers did announce during the AI Day presentation that they are now utilizing a spatial recurring network video module to train the AI to keep track of spatial as well as chronal queues. In theory, this should help the Autopilot system overcome its shortcomings related to the field of view and road signs memory.

This brings us to the crux of the matter. Tesla’s FSD capability is a misnomer at this stage, with the system allowing automatic lane changes and parking but not the complete autonomy that the FSD labeling implies. According to Tesla’s own admission to the California Department of Motor Vehicles, the Autopilot is an SAE Level 2 Advanced Driver Assistance System:

“We expect the functionality to remain largely unchanged in a future, full release to the customer fleet.”

Tesla had gone on to add:

“[The system] will continue to be an SAE Level 2, advanced driver-assistance feature.”

Companies spend an inordinate amount of time to come up with brand names that signify their products. In the case of Tesla, however, the FSD labeling is literally claiming lives by lulling people into a false sense of security. The vast majority of Tesla accidents involve people who chose to rely on the Autopilot for something that it is incapable of at present, namely, autonomous driving. Of course, the FSD label is an immense differentiating factor for Tesla, but the fact remains that it is based on a deceptive premise, at least for the moment.

Tesla’s insistence on using labeling that is literally claiming the lives of its customers is an oversight at best and a tragedy at worst. Why can’t the company simply adopt the name ‘Tesla Drive’ or ‘Tesla Experience’?

Winston Churchill famously described Russia as “a riddle, wrapped in a mystery, inside an enigma.” Interestingly, the same characterization can be aptly used to describe Tesla’s dangerous affinity to the FSD label.