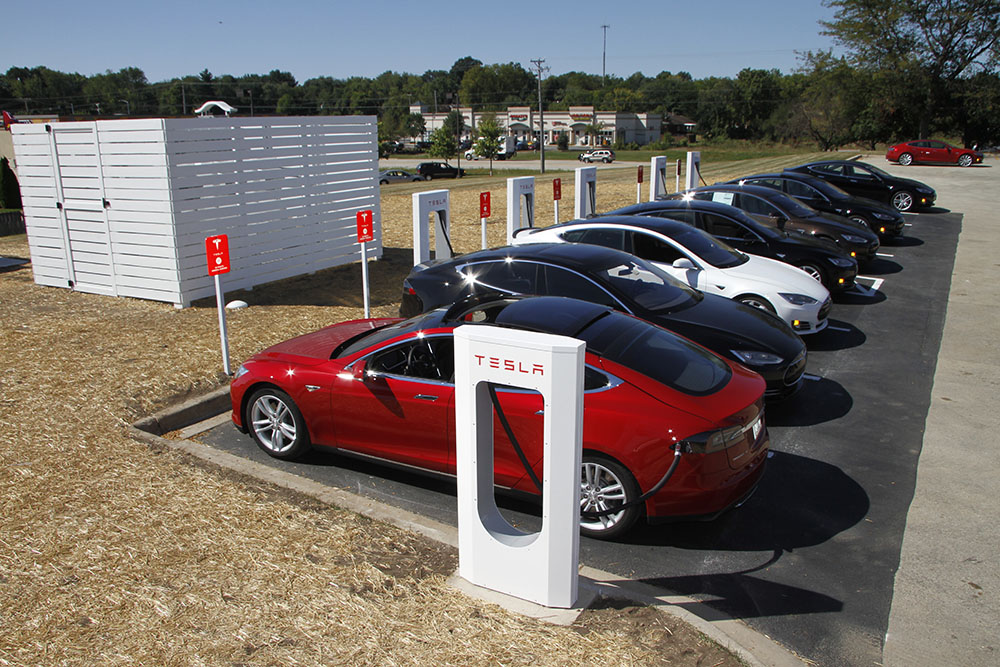 Elon Musk just keeps on aiming for better and better. The popular business magnate has recently given a hint for Tesla's next generation of Superchargers to be super fast. It is currently a lot faster than most public electric vehicle charging stations but not quite fast enough. If it takes up about 40 minutes of your time to charge up to 80 percent, then it does prove to be quite frustrating when you are, say, running late for work.

Musk has let it slip that the next generation of Superchargers will be able to provide us with power greater than 150 kilowatts per car. In fact, he teased Elektrek’s Fred Lambert by referring to his guess of 350 kilowatts as a “children’s toy”.

There are some installed already, but full rollout really needs Supercharger V3 and Powerpack V2, plus SolarCity. Pieces now in place.

Elon Musk has not given out any details as to how fast exactly will the new Superchargers be, nor has he clarified whether the upcoming generation of these Superchargers will be compatible with the current Tesla cars.

Musk was faced with questions about whether the solution would be long-term, and in fact, Autoblog has linked to already existing “flash chargers” in Geneva, which would deploy buses that use 600 kilowatts and charge them up in a flash. This was achieved for smoother running of the buses so their schedules were not frequently interrupted. Even the longest time for charging would be about 5 minutes or so. If Tesla manages to reach that kind of power, there will be no problem and one would not exactly be pressed for time.

Musk needs to have something extremely special in mind in order to beat Geneva’s flash-chargers. As of now, the company is in luck in terms of competition. Tesla works for private consumers, while Geneva is focusing purely on public transport and not individual users.

If Tesla manages to create such a dramatic improvement, it will be worthwhile because it would provide immense relief to the public who use Tesla cars. It will also solve the problem of excessive parking at the Superchargers, which has been popping up quite a lot in the past couple of months.

Musk notes that both these "V3" Superchargers will be the key to unlocking a new set of environmental and financial advantages. Let’s see what Tesla has in mind to blow us away.