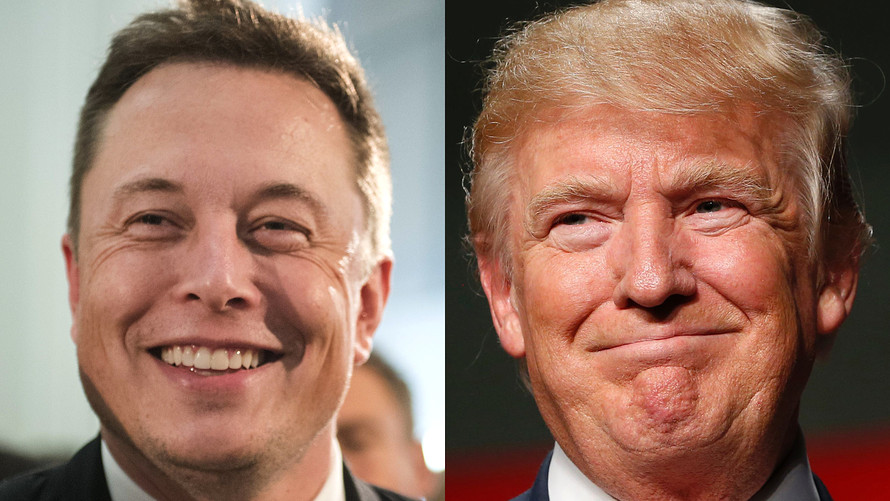 "You know Thiel, I know Thiel - can we be friends now?"

Earlier this week reports confirmed that Uber CEO wasn't attending the Trump Tech Summit in Manhattan. Tesla chief was also busy (he later confirmed meeting with the President-elect). Turns out both these names are more closely involved with the new administration than previously believed.

Ahead of possibly the biggest tech event of the year that is going to shape the next four years of the industry, an official announcement confirmed that the heads of Uber and Tesla are taking on strategic advisory roles with President-elect Donald Trump.

Travis Kalanick, the chief executive of Uber, and Elon Musk, the head of Tesla and SpaceX, will "meet with the president frequently" to offer their expertise to Trump. President-elect's Strategic and Policy Forum has picked up two of the speedily flying and driving executives to join the board that will be headed by private equity titan Stephen Schwarzman. Schwarzman heads the multi-billion-dollar private equity firm The Blackstone Group.

The forum was created by Donald Trump earlier this month, WaPo reported. Some of the biggest names of the American business world are part of this advisory forum, including:

The first meeting of the forum is planned for February at the White House.

Musk and Kalanick's joining the board is interesting, especially for Musk, who unabashedly criticized Trump during the campaign days. "He doesn't seem to have the sort of character that reflects well on the United States,” Musk had said in November. Peter Thiel, a long-term supporter of Trump and Musk's longtime friend could have played a significant role in this new (and changing) position for Musk.

Kalanick, while not as critical, also made fun of Trump ahead of the election win. "Oh my god, Donald Trump’s gonna win. I’m going to move to China if Donald Trump wins," he had said in October 2015. In a statement today Kalanick said, "I look forward to engaging with our incoming president and this group on issues that affect our riders, drivers and the 450+ cities where we operate."

An official statement announcing the committee earlier this month had said the forum is "designed to provide direct input to the President… in a frank, non-bureaucratic, and non-partisan manner." But, Silicon Valley and critics are skeptical of these tech giants having any major weight over the decision process. Climate change, internet security, and user privacy are some of the things that Silicon Valley openly cares about, and the Trump administration has taken the exact opposite stances on. But, will Musk and other tech executives help the President-elect start believing that climate change isn't a Chinese hoax? Big ask.

Today's announcement comes hours ahead of the major meeting between Trump and tech executives, many of whom supported Hillary Clinton. Top executives of Alphabet, Google, Apple, Facebook, Intel, and others will meet with the President-elect. Kalanick was invited, but won't be attending the meeting because of travel. Musk, however, is reported to have a one-on-one meeting with President-elect following the summit.