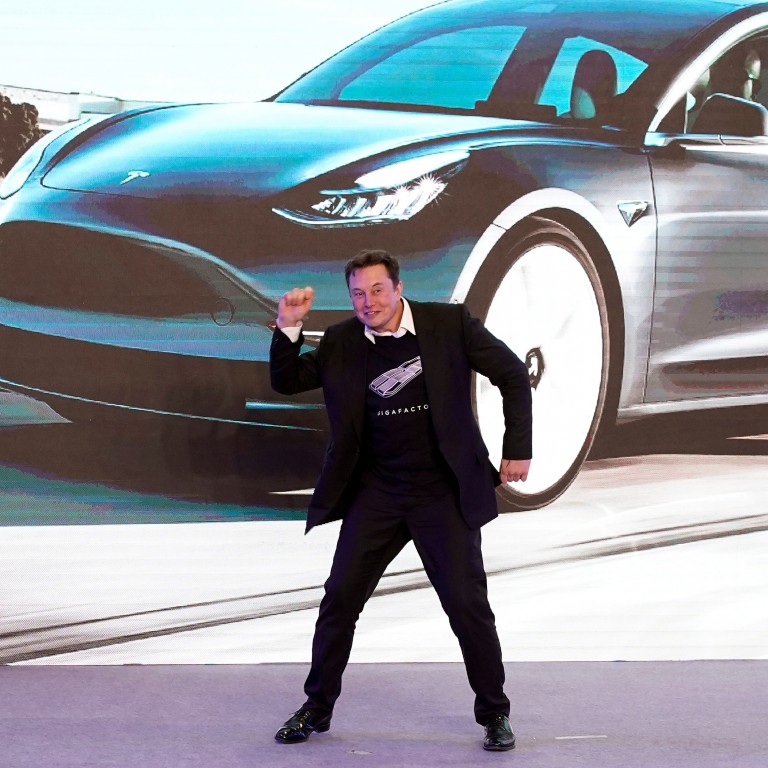 Tesla’s (NASDAQ:TSLA) shares have jumped higher by 7.9 percent during Tuesday’s pre-market session after JMP Securities upgraded the stock and bestowed a new street-high price target on the back of fresh dip-buying opportunities amid the market’s recent coronavirus swoon.

JMP Securities analyst Joseph Osha upgraded Tesla from ‘Market Perform’ to ‘Market Outperform’ and stipulated a price target of $1,060 for each Tesla share.

The analyst wrote in his investment note:

"The recent market-driven pullback provides investors with a good opportunity to enter the stock in our opinion, and a perusal of offerings from competitors suggests that Tesla’s market position should continue to be dominant. Investors may find themselves with additional near-term opportunities to buy the stock as Tesla works through the first half of 2020 and the impact of COVID-19 becomes apparent. Interestingly enough, revisions to our 2021 model put us only moderately above consensus, but a look at the longer-term potential for TSLA’s growth suggests the stock should be more highly valued on the 2021 outlook than it currently is."

JMP conceded in its investment note that its new price target of $1,060 per share implies an earnings multiple for Tesla that "may seem excessive" at first glance, but argued that Tesla’s Compounded Annual Growth Rate (CAGR) of 23 percent forms a reasonable basis for this call. As per JMP’s 2021 estimates, Tesla is currently valued at around 20 times its forecasted earnings – as opposed to an average multiple of around 18.2 times the NTM earnings for the broader S&P 500. This slightly elevated valuation is justified, according to JMP, if Tesla is able to meet expectations and produce around 2 million EVs per year by 2025.

We ran an analysis piece about 2 weeks back where we attempted to shed light on Tesla’s valuations. As per our fundamental scenario, we calculated that Tesla will be able to sell 2.55 million vehicles in 2025. Based on an average selling price of $45,000, this EV sales volume translates to $114.75 billion in annual revenues for the iconic electric car manufacturer.

Bear in mind that Tesla’s shares have plunged by around 20 percent since peaking on the 19th of February as investors dumped equities amid growing coronavirus pandemic fears. Even so, the scale of decline is noteworthy as the broader S&P 500 index has plunged by a relatively modest 8.7 percent during the same timeframe. According to JMP, this mismatch has given rise to attractive dip-buying opportunity for Tesla’s stock.

Interestingly, Tesla offered additional 2.65 million shares to investors in February at $767 per share, corresponding to a market capitalization of $145.8 billion. Tesla's current market value – based on Monday’s close – stands at $136.91 billion.

Nonetheless, the shares of the EV manufacturer have experienced a historic bull run over the past couple of months. As an illustration, Tesla’s share price rose from $418.33 at the start of the year to a record high of $968.98 in February, aided by a healthy fourth quarter earnings report which showed that the company’s EPS increased by 10.9 percent year-on-year to $2.06, smashing Wall Street’s consensus EPS estimate of $1.75. Moreover, Tesla also exceeded the lower bound of Wall Street’s 2019 delivery estimates, having delivered 367,500 EVs during the entire 2019.