Tesla Price Target Set At $4,000 For 2030 As Wall Street Battles About Company’s Future

Automotive, and energy storage, consumption and generation products manufacturer Tesla Inc is having a great run on the stock market. At the start of this month, the company's shares were trading at a price of $334 on the open market, and at the time of writing, Tesla is trading at $420.07 after having dropped to $412.62 earlier during the day. This marks for a 26% gain in one month, with the boost fuelled by positive news from the company's Gigafactory 3 in Shanghai, China. Now, as we've officially entered into 2019's final week, analysts continue to wager bets on whether the Palo Alto-based company is overvalued, or if it's got more gas (or charge).

Analysts from Cowen Inc believe that Tesla will miss its vehicle delivery estimates by 4,000 this year. As a result, investors are advised to sell the automaker's stock before it loses the momenta exhibited this month. On the other hand, those from Global Equities Reseach believe that the sky is the limit for the company, as they've set an astounding price target of $4000/share for Tesla. Take a look below for more details.

Earlier this month data from China's Automotive Information Net confirmed that the Model 3 is selling like hot cakes in the country. The data shows that approximately 5,600 Tesla vehicles were registered in the country last month, with the figure marking a 1300% increase over November 2018's registrations. Tesla's decision to produce the Model 3 in China reduces the vehicle's manufacturing costs. It also allows the company to benefit from no import tariffs, and the Chinese government's decision to exempt the car from a production levy has further helped the Model 3's fortunes in the country this year.

While the facts stated above should instill investor confidence in the company, Cowen has cautioned Tesla's investors in a new note today that's being speculated by reputed publications to have caused the company's share price to have dropped by as much as 4% today. In this potentially ill-fated note, analyst Jeffrey Osborne writes that Model 3 deliveries in Tesla's fourth fiscal quarter of 2019 will drop 9% sequentially and 7% annually.

However, while Cowen is cautious about Tesla (a fact exhibited by the firm's fresh price target of $210 and an 'Underperform' rating), Global Equities Research is nothing but optimistic. The firm's analyst Trip Chowdry has set a $4,000 price target for a single Tesla (NASDAQ:TSLA) share in 2030. He bases this figure on four central tenets to Tesla's operations that Chowdry believes will propel the company to dizzying heights. As per the analyst's opinion, "no other company has the mental capacity, capital, passion, or aptitude", to build full-scale supercharging networks, batteries and material science research, and production facilities.

Chowdry also believes that Tesla will exert complete control over neural networks for fully autonomous driving. And unless the company chooses to design its own hardware, we believe that it should join forces with San Diego-based chip giant Qualcomm Inc for this future, as the latter is set to gain from autonomous vehicles.

While Chowdry is quite optimistic, claims made by Osborne make more sense. The analyst believes that the Model 3 price in China will be at least 1.25x its competitors', with the car expected to be pricier than 90% of all vehicles sold in the country last year. These constraints, that we believe Tesla might be able to reverse through cost-based advantages gained through manufacturing cars inside China will hamper the Model 3's adoption in the broader market believes Cowen. 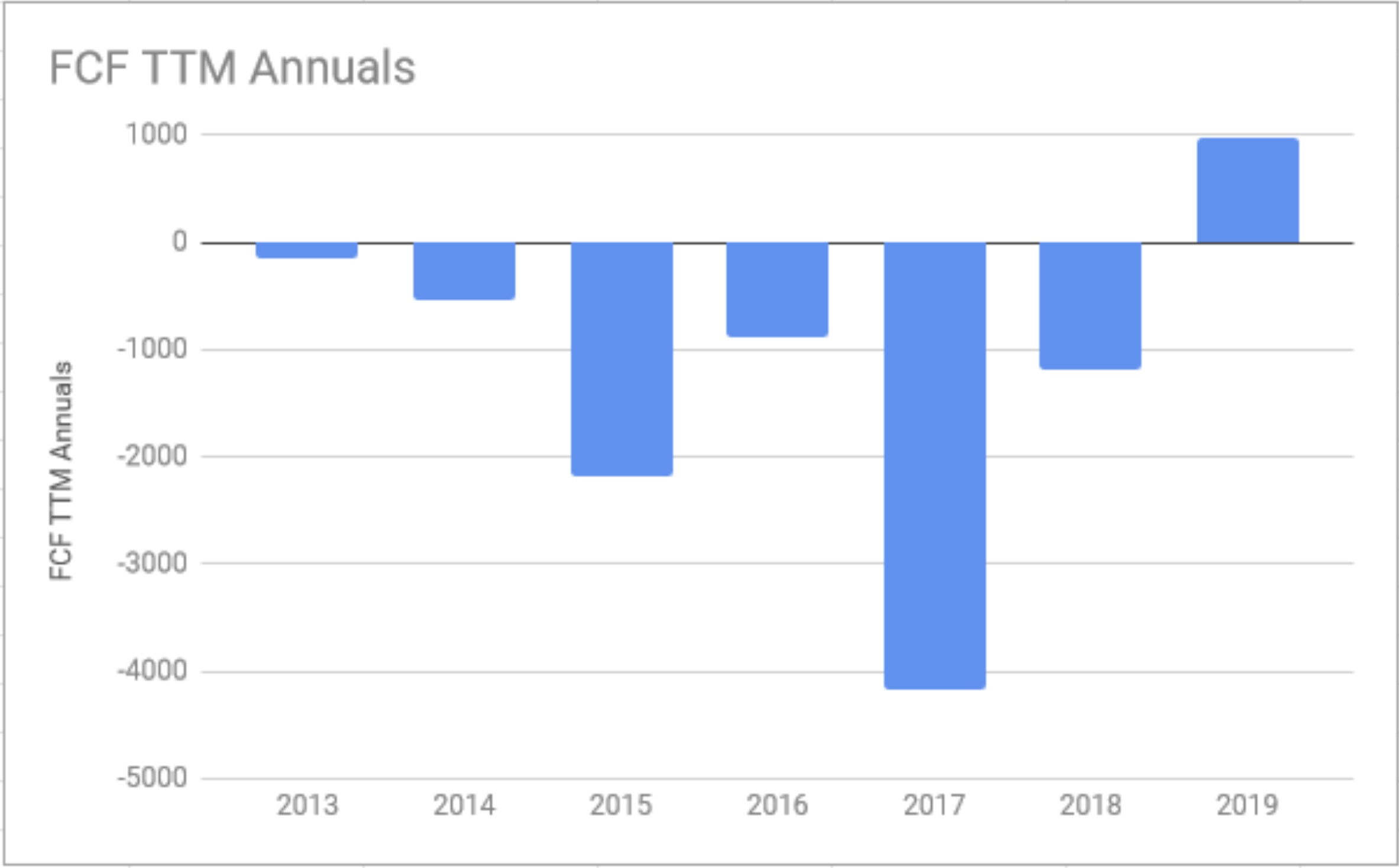 Despite Positive Financial Performance This Year, Tesla Has to Maintain Positive Earnings for Future Viability

These reports for the company's future come at a time when its fourth-quarter earnings results for the fiscal year 2019 are due in February. Data compiled by analyst Mayur Thaker shows that 2019 is the first year in which Tesla has a positive trailing-twelve-month free cash flow. For the uninitiated, free cash flow is the money left to the company after non-cash expenses such as depreciation are added back to net income and cash-based expenditures are left out. It's an excellent method to see if a company's products are actually bringing in sufficient money to fund core operations.

Tesla's biggest cash outflow in its third-quarter was a $5.6 billion debt repayment that almost ate up the $7 billion generated by the company through taking on more loans. At the end of the quarter, the company had $5.8 billion in cash, equivalents and restricted cash, and despite Tesla (NASDAQ:TSLA) reporting a profit for the period's three months, the company is still running a net loss of $907 million for the months starting on January 2019 and ending in September 2019.