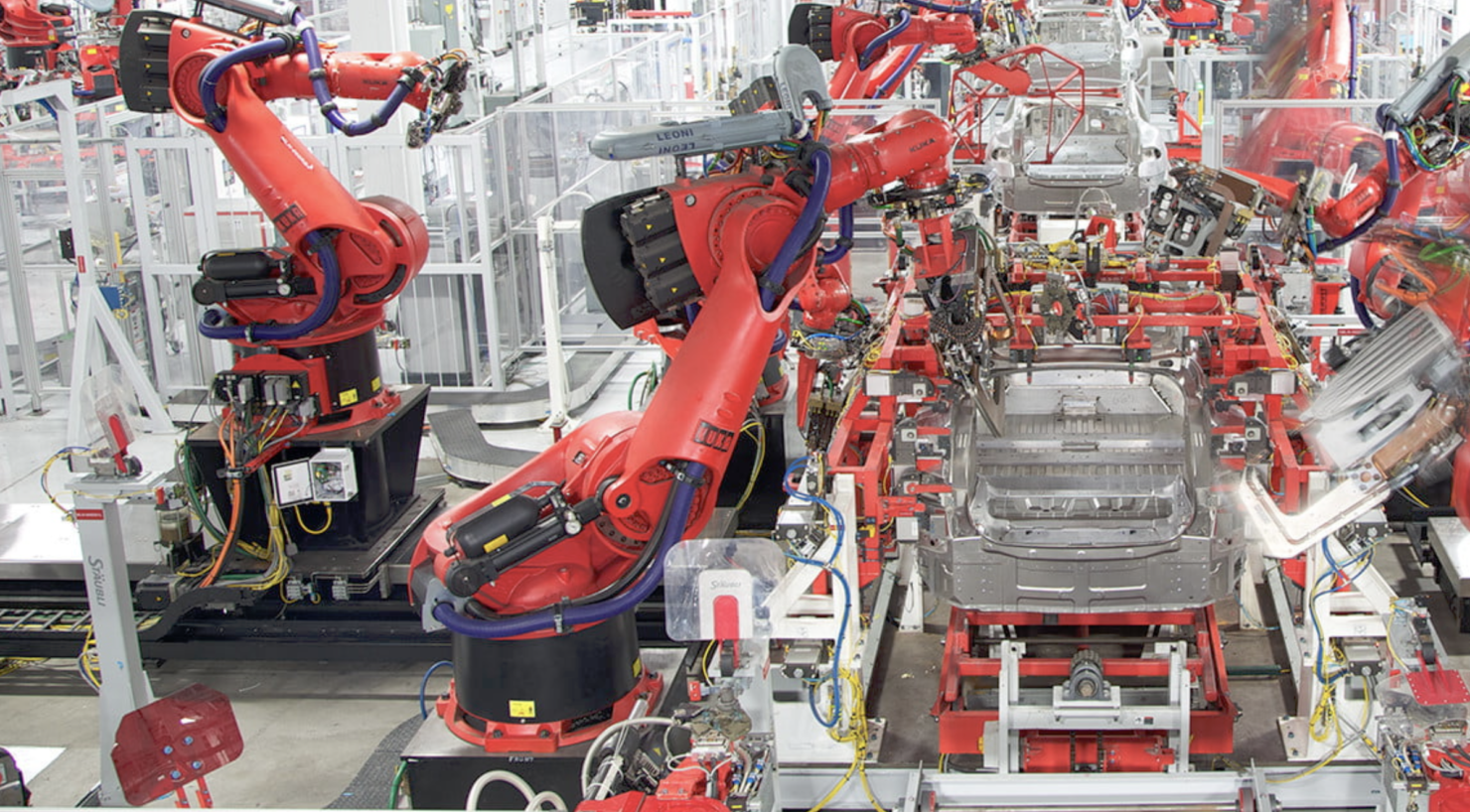 The making of a Tesla Model 3.

Tesla Inc (NASDAQ:TSLA), after posting its first positive earnings per share after some time last quarter, is having a great day on the stock market. The automaker's shares are up by 5.06% over Friday's closing, and right now the stock is trading at a 52-week (one year) high of $376.52. The last time Tesla's stock gained more than $20 in a day was two days after its latest earnings report was released.

Today, investment bank and research firm Credit Suisse sent out a note to investors stating that it believes, "Tesla is leading in the areas that will likely define the future of carmaking [in] software and electrification". Take a look below for more details.

Earlier this year Tesla spent $235 million in stock to acquire San Diego-based Maxwell technologies after the latter started to demonstrate an interest in developing ultracapacitor-based lithium-ion battery cells. At the time of the acquisition, 79% of Maxwell's stock or 36,764,342 shares were exchanged as payment.  Since then, there's been silence from the company's end towards stating the reasons behind this decision.

Now, Credit Suisse believes that Tesla (NASDAQ:TSLA) will provide details behind the benefits that the Maxwell deal will bring to the company's operations. Tesla will elaborate on this, and on several other operational areas at the fabled Battery and Powertrain Investor Day. We've been hearing about the event since the start of this year, and now, it's looking as if it will finally take place early next year.

According to analyst Dan Levy, the company will highlight its current plans and progress in areas that include production, batteries, safety and international collaboration. Tesla's had a busy year so far, with the company bringing up the Gigafactory 3 in Shanghai to speed. Its Gigafactory 2 is located in Buffalo, New York with Tesla having committed to bringing jobs in the area in exchange for financial incentives to bring down capital expenditure. 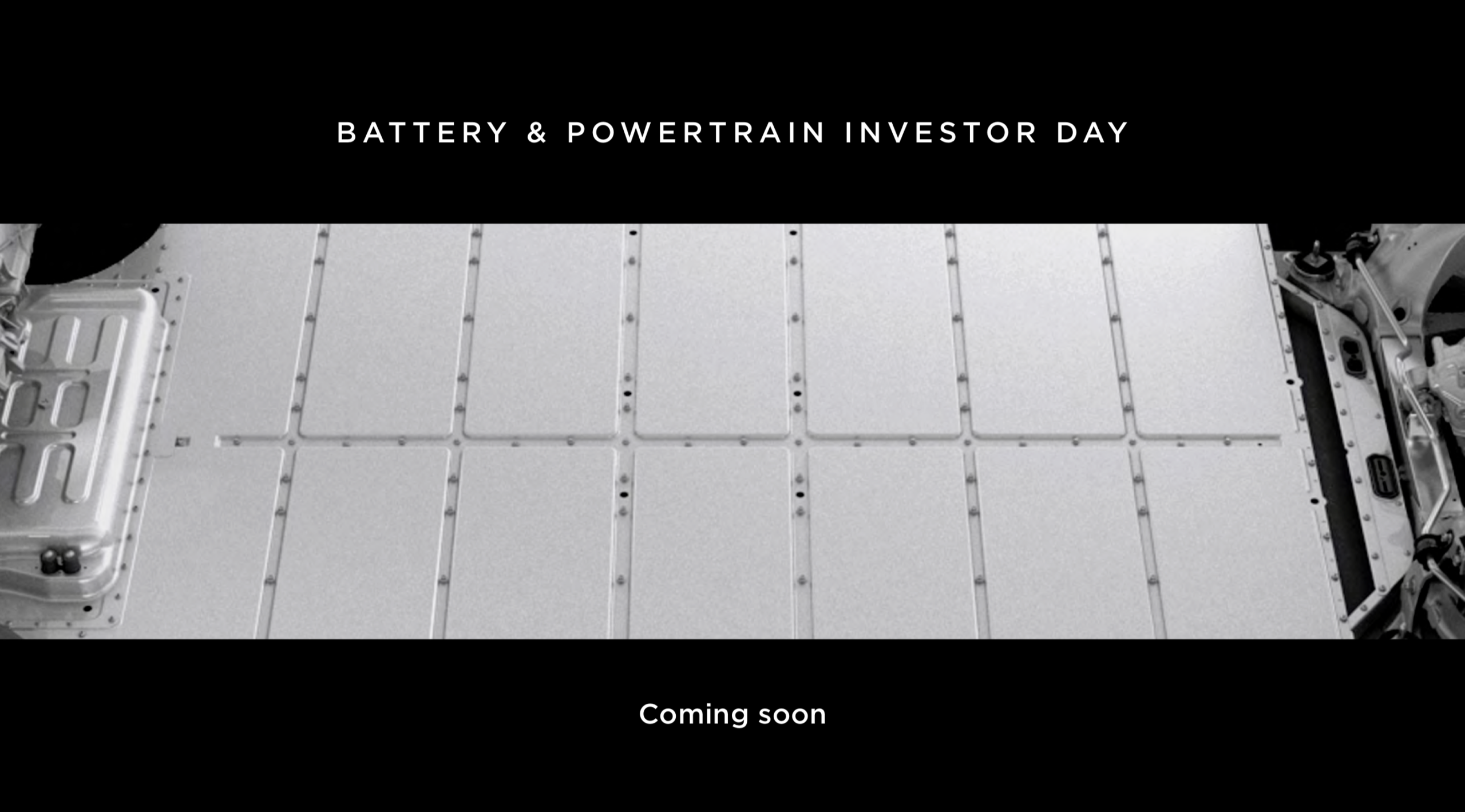 Production in Tesla's Gigafactory 3 Expected to Rampy Smoothly Over Next Two Weeks; Tesla's Learnt Lessons From Its Past Say Analysts From Oppenheimer

Keeping in line with the stock's current high, Credit Suisse has raised its "blue sky scenario" price estimate for Tesla's share price to $400, from an earlier value of $365. The bank, however, maintains a $200/share  target price. Today's climb marks a boon for investors who have witnessed Tesla's shares dive down in steep troughs. The stock dropped to a 52-week low of $176.99 in June this year, and since then it has seen several drops in excess of $5.

Tesla's third Gigafactory in China will let the company reduce manufacturing costs for the Model 3. Sales of the car picked up in China earlier this year when the government exempted the vehicle from a 10% purchase tax. Production in China will also let Tesla avoid a 15% tariff imposed in the country for cars imported from the U.S.

The stock is trading at 3 times its ten-day average volume, with analysts from Oppenheimer highlighting production from the Shanghai plant through pictures in investor notes. They, however, caution that since the bulk of the Gigafactory 3's production target of 360,000 vehicles by the end of this year is dependant on the next two weeks, Tesla's earnings for its fourth-quarter will rely on the factory's output for this month.

At its upcoming event, Tesla (NASDAQ:TSLA) and its chief executive officer Elon Musk will provide details about the company's future plans. Right now, Tesla is at a crucial juncture where it needs to maintain a positive trajectory, and not falter with the Gigafactory 2. Its stock price crossed $380 today, with year-to-date and one-year returns 16.5% and 22.1% lower than the S&P 500.