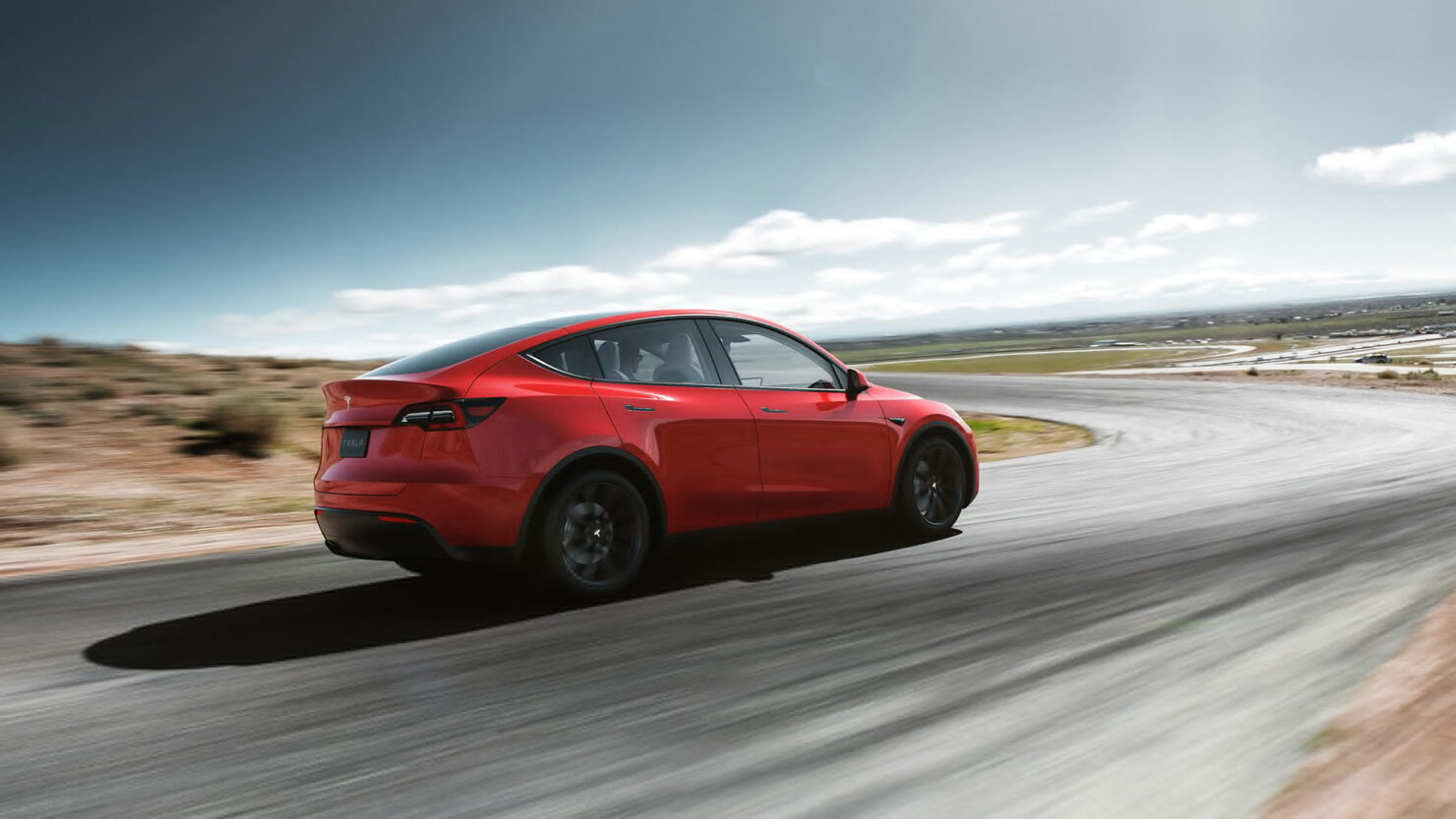 A Tesla Model Y wallpaper. The Model Y is thought to be the 'next step' in the company's vehicle portfolio. Image: WSupercars

With 2020's first quarter over, electric vehicle and renewable energy product manufacturer Tesla Inc (NASDAQ:TSLA) is set to deal with the post coronavirus environment. Despite it posting record vehicle deliveries in the previous quarter, speculations are now rife that for the rest of the year, depressed purchasing powers will shift the tide away from luxury vehicle spending; as the public and corporation tighten their belts.

This bearish mood has hit stock markets as companies with strong fundamentals trading below record levels across the board, with only some such as Amazon.com, Inc and Zoom Video Communications surviving last month's record drops. Tesla, for its part, is up by roughly 67% over-the-year.

In a fresh investor note sourced from SeekingAlpha, research firm Jefferies Financial Group believes that Tesla is undervalued following the coronavirus crash. The company's stock, which crossed $900 in mid-February, has tanked by more than 40% since then, as investors large and small turn pessimistic for the potential of electric vehicles; a mood that deepened following dramatic increases in global oil supply by Saudi Aramco.

Jefferies analyst Ben Kallo targets these concerns precisely through his statements made in the investor note. According to him:

His comments come at a time when global populations are in lockdown following the outbreak of the coronavirus. States in North America, Europe and Asia have witnessed dramatic drops in industrial production, the effect of which has been compounded through reduced purchasing powers.

For this quarter, investors and analysts across the board should be looking at the Chinese electric vehicle market. This will be necessary to determine if the investments made by Tesla in its production facilities are generating adequate returns.

Target price based on confidence in Tesla Model Y, technological competence and lack of competition

As we covered last week, Tesla's vehicle registrations grew in the East Asian country by a factor of 11x year-over-year in February. While these did not keep up with Europe, the boost came at a time when the Chinese EV market dropped by 72% - indicating that while fewer Teslas were registered when compared to Europe, the few Chinese customers that were buying a vehicle following province-wide shutdowns chose a Tesla.

China needs to be a big success for Tesla, and institutional giants are cognizant of this reality as evidenced by $TSLA's record-breaking run on the stock market that commenced in the fourth quarter of the calendar year 2019. Tesla (NASDAQ:TSLA) closed on $299.68 on October 24th, 2019 and continued to race to $968.99 in February, before crashing to $350 last month. Looking at these three prices, Jefferies' estimate factors in an upside of 116%, a downside of 33% and another upside of 88% on these price levels, respectively.

As SeekingAlpha noted earlier, pre-market trading had $TSLA up by 5% after the company closed on $480/share yesterday and gained back some of its lost value. As of market open, Tesla Inc (NASDAQ:TSLA) is now up by 6% (+8% thirty minutes after trading commenced)over Friday's close, marking for a good start in the day, especially as Jefferies upgraded the stock's rating to Buy from Hold. The NASDAQ-100, Nasdaq Composite and Standard and Poor 500 stock indexes are all up 4% at the time of publishing, as markets take in a sigh of relief following Saudi Aramco's decision to let the Organization of Petroleum Exporting Companies (OPEC) decide on oil prices.

Saudi Arabia is taking unprecedented action in delaying the release of its international crude selling prices by five days, a senior Saudi source familiar with the matter said on Sunday, as the kingdom and other major producers seek to halt the free-fall in worldwide crude prices.

Oil price stabilization will help Tesla and others ship raw materials around the globe affordably. So while a drop in oil prices might influence consumers to stick with internal combustion-based vehicles, potential cost reductions achieved by manufacturers should ease profit margins.

However, while Jefferies is optimistic about the stock, Baird Financial Corporation believes that Tesla's shares have still been unable to fully reflect anticipated drops in electric vehicle demands. Analyst Ben Kallo is unconvinced that hopes of a potential recovery in the electric vehicle market is absolutely dissimilar to the U.S. auto SAAR's recovery post-2009.