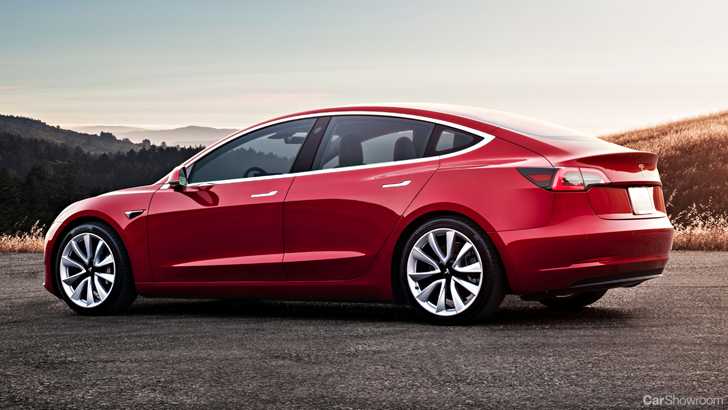 Tesla (NASDAQ:TSLA) has been trying to localize an ever-increasing number of components for its Model 3 EVs that are currently being manufactured in the company’s gigantic Shanghai Gigafactory. Given China’s crowded EV landscape, this strategy is crucial in reducing the manufacturing costs associated with Tesla’s EVs, thereby, allowing the company to maintain its competitive edge in the world’s largest EV market.

Now, according to pertinent reports, it appears that Contemporary Amperex Technology Co Ltd. (CATL) is planning to boost its production of battery cells. As per the expected production trajectory, Tesla should start receiving CATL battery cells in the second half of 2020.

Of course, should this accelerated timeline materialize, Tesla would be able to provide additional cost savings to the Chinese consumers. Bear in mind that a cheaper Tesla EV would transform a wider segment of the Chinese population into the company’s Total Addressable Market (TAM) which, in turn, should provide a substantial boost to Tesla’s sales numbers.

A completely localized supply chain is crucial for Tesla in unlocking additional cost savings. If the company is able to realize a broad localization of components, estimates suggest that the manufacturing cost of a Standard Range Plus Model 3 will decline to RMB180,000 or around $25,500. As a refresher, a Model 3 currently starts retailing at RMB300,000 in China. This price threshold is crucial for Tesla to continue to qualify for government subsidies. If, however, Tesla is able to further reduce its manufacturing costs, it should be able to continue pricing its EVs at attractive levels.

This is, however, not the only avenue for Tesla to eke out cost savings. The EV giant has been negotiating with CATL (SHE:300750) for over a year to secure the supply of LFP batteries that would deliver additional cost savings of a “double-digit percent”.

As a refresher, EV manufacturers generally employ nickel-cobalt-aluminum (NCA) or nickel-manganese-cobalt (NMC) batteries due to their high energy density, a critical metric that determines how far an EV can travel on a single charge.

However, in order to boost the energy density and safety of its LFP batteries, CATL has been developing a unique cell-to-pack technology that allows its batteries to provide superior performance. Until now, battery-pack production has followed the same fundamental modus operandi: companies like Panasonic (TYO:6752) or LG Chem (KRX:051910) manufacture the individual cells for batteries and the automakers then aggregate and package those cells into modules and, subsequently, a battery pack. In other words, a cluster of cells make up a module and a cluster of modules make up a pack. Ultimately, each electric vehicle is installed with one battery pack. CATL’s proprietary cell-to-pack technology skips the process of battery modules and allows the cells to be directly integrated into the battery packs, thereby, delivering an increase in the energy density of 10 to 15 percent and an improvement in volume utilization efficiency of 15 to 20 percent.

Consequently, if CATL is able to provide Tesla its LFP battery cells in H2 2020, the move would mark a significant reduction in the company’s production costs in China.

Of course, this is not the only positive development for Tesla in recent days. As our readers know, Tesla CEO Elon Musk chose to defy Alameda county’s stay-at-home orders over the weekend by announcing the resumption of operations at Tesla’s gigantic Freemont facility.

Musk also announced on Saturday the filing of a lawsuit against the county in order to seek an injunctive relief against what he believed to be discriminatory behavior of the Alameda county officials. According to Musk, the stay-at-home restrictions placed Tesla at a competitive disadvantage at a time when other automakers in the U.S. have been allowed to resume their operations. Over the weekend, Tesla also issued a 37-page document that elaborated on the modus operandi that the company would adopt in order to ensure the safety of its employees.

Since that time, however, Tesla and the Alameda county officials remained in contact and were able to reach a compromise recently. Tesla has now been officially permitted to resume production at the Freemont plant subject to the agreed-upon guidelines.