Tesla Finally Dumps NVIDIA Claims Their Own Chip is Better 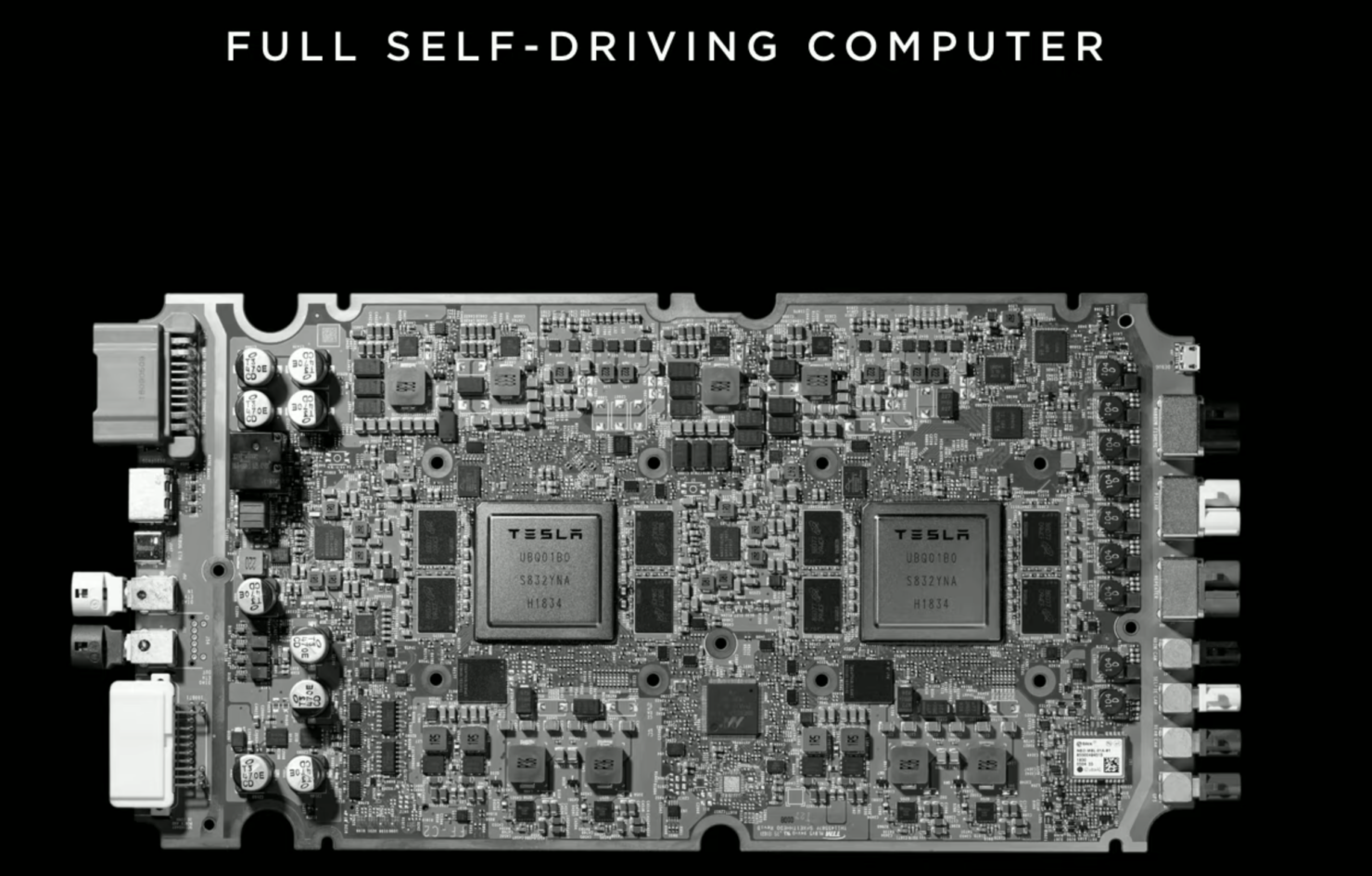 Tesla claims there was not a solution available to them, so they had to make their own chips for self-driving cars.

Today Tesla (NASDAQ:TSLA) announced their in-house designed chips have been installed in Model S and Model X since March and are now being used for the Model 3 vehicles. CEO Elon Musk claims their in-house chip is much faster than the competing NVIDIA (NASDAQ:NVDA) solution they were using. The chip is being manufactured by Samsung in Austin, Texas.

We will have another article detailing the chips in more detail by our hardware section; the below article will be about the financial implications of the announcements from Tesla today.

Update: NVIDIA has claimed that Tesla’s comparison is not accurate with a statement they provided to MarketWatch claiming their comparison was against NVIDIA’s Xavier which is designed for driver assisted technology and offers 30 TOPS Tesla’s claimed it offered 21. They claimed a more accurate comparison for fully autonomous driving would be against their Drive AGX Pegasus which offers 320 TOPS, Tesla’s custom chip offers 144 TOPS of processing.

We have been reporting for years that Tesla would be building their own custom chips since they hired Jim Keller in 2016 and licensing IP from AMD. These chips being already in the cars would mean an immediate drop in orders from NVIDIA, at over 5000 cars a week the revenue will be missed. This move provides Tesla with more flexibility in how they control their network and self-driving mechanisms while also reducing the costs to make the vehicles, aiding the companies goal of lowering manufacturing cost for the Model 3.

If the claims that Musk made are true about the chip and network’s ability with regulatory approval possible for 2020, it also opens the company up to licensing their technology out. At the beginning of the broadcast, Musk challenged competitors to reverse engineer their system and said he would hire anyone who could. Tesla has previously had a policy of giving away their patents but didn’t specify if this would transfer over from their chip design division as well claiming they filed 12 patents on the chip. If the chip and network are truly as revolutionary as they claim they could create a monopoly in the market.

The news of the chip development along with the neural network, and software from Telsa will enable autonomous driving at Level 5 musk claims. Level 5, is where the machine is fully capable and is commonly known as “steering wheel optional”. Once regulatory approval fully autonomous driving for their fleet occurs in regions Tesla plans to offer their network of ridesharing vehicles with a mix of vehicles that owners will rent out to Tesla, and where demand permits Tesla owned vehicles.

Tesla claims their cost per mile would be roughly $0.18, which is far below what any other company would be able to offer when you consider Uber and Lyft have yet to make a profit meaning if approval comes through for Tesla both ridesharing companies would be in serious trouble. Uber has its own division working on autonomous vehicles but has not provided much information about how the development has been going, Lyft has a partnership with Google-owned Waymo.

The Robotaxi fleet is a smart move from Tesla from a financial standpoint for many reasons. The first is that it will cost Tesla very little upfront and will generate revenue. They estimate that in the first year it will be cash flow neutral and in the following years be “extremely cash flow positive”. The second reason is that when purchasing a Tesla, you agree to only operate it on the Tesla network, which means that unless there is a driver in the vehicle, it cannot be used by another ride-sharing program, which will be important in the long term. The third reason is that it is essentially being financed by Tesla owners (which is excellent news for a company that has had trouble getting capital in the past), and generates profit for the owners. Musk claims the NPV (Net Present Value) of the Model 3 on the Robotaxi network would be $200,000. The final piece to the puzzle for Tesla is batteries, and Musk claimed the batteries that will ship next year will have a million miles of longevity, which he claimed the rest of the car already has.

If their chip and network perform as claimed and regulatory approval is given, it is not hard to see Tesla as one of the most valuable car company in the world. Tesla is currently the 7th most valuable due to a stock fall over the last year, worth $45 billion, or about one-fourth of Toyota(TYO:7203). Analysts are claiming that Uber is seeking a valuation of around $100 billion in their S-1 filing, with their IPO coming very soon, and Tesla could be competing with them as early as 2020; although Tesla does have a history of promising aggressive timelines and not being able to meet them easily.