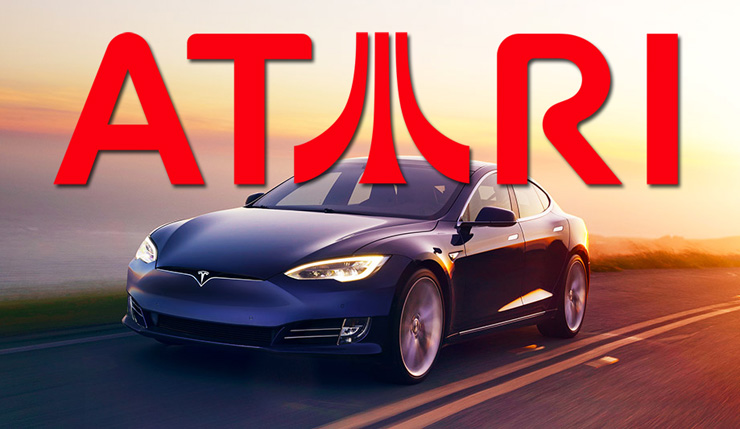 Needless to say, Elon Musk’s quest to become America’s real-life Tony Stark has hit a few speedbumps recently. Concerning Tesla quality control reports, stock instability, the whole “calling one of the Thai cave rescuers a pedophile” debacle – it’s been a rough few months. But don’t worry, things are turning around! Tesla Q1 earnings and a Musk apology led to a 9 percent bump in the company’s stock, and, even more importantly, you’ll soon be able to play Atari games on your $70,000 electric car. Jeez, finally.

Musk recently announced the Atari partnership on Twitter, and hinted that Pole Position, Tempest, and Missile Command will be among the games included. Aw, no E.T.?

Some of best classic @Atari games coming as Easter eggs in Tesla V9.0 release in about 4 weeks. Thanks @Atari!

Hoping to include last three in this release, with pole position linked to actual car steering wheel (while stationary tbc haha)

Expect more in-car gaming to come, as Musk has sent out the call for more developers to make custom games for Tesla. Could Musk end up with a very expensive new gaming platform on his hands?

Some developers like Jackbox Games and PlayerUnknown himself Brendan Greene have pitched ideas. Of course, since this is the Internet, there was also plenty of tasty snark – feel free to slide on down to the comments and add some of your own.

How about some comedic party games where passengers use their mobile devices as controllers? You Don't Know Jack: Tesla has a nice ring to it.... https://t.co/bnMAJwEpT1

The first Atari games will arrive with the Tesla Version 9 software update, which is scheduled to roll out sometime this month.