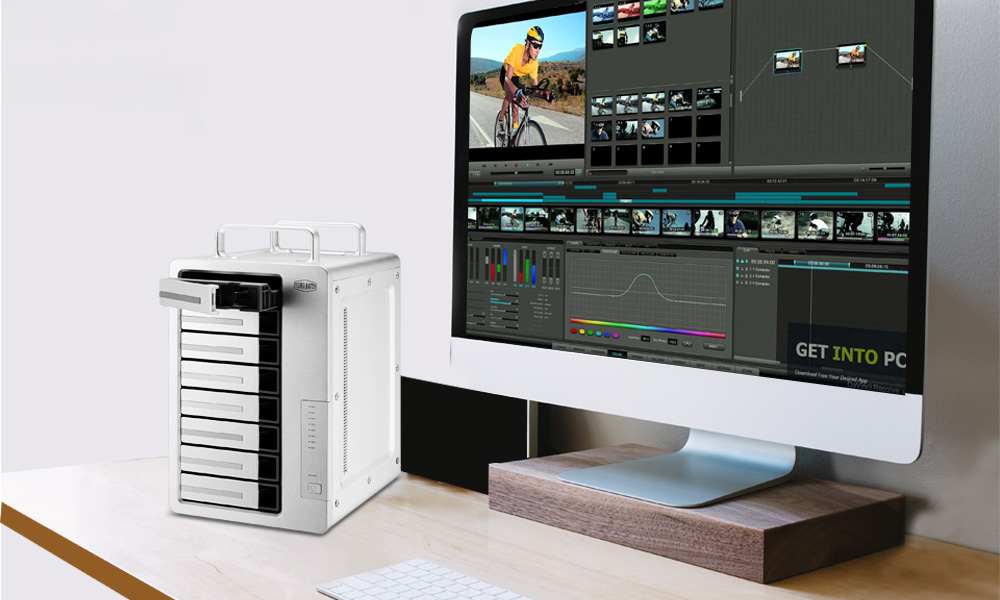 Recently, TerraMaster has officially released the latest generation of its Thunderbolt 3 RAID device, the D8 Thunderbolt 3 which they say can allow transfer speeds of up to 1600MB/s in RAID 0, this is possible with faster HDDs hitting 200MB/s writes and reads.

TerraMaster has said they are please to announce their newest 8-Bay "Professional Grade RAID Storage Unit" which uses Thunderbolt 3 for rapid transfer speeds, the unit is said to have a transmission rate of up to 40Gbps and can perform transfer speeds of 1600 MB/s if the drives are capable of hitting those sustained speeds. The product is also said to support other RAID modes like RAID 1, 5, 10, and 50.

TerraMaster aims for this product to be used by video editors, photographers and other media professionals including all types of content creators who are looking for a high speed RAID Storage unit to share or keep data in their offices. They make sure to point out that Thunderbolt 3 is 4 times faster than the fastest USB 3.1 solutions.

With support for 12TB HDDs The D8 can support up to 96TB of storage, like the Seagate Ironwolf 12TB we recently reviewed

“We are excited to bring to you our next-generation D8 Thunderbolt 3 RAID  storage Device. We know sloth storage devices are a pain for any video professional as they make the entire post-production process slow and daunting. It’s a fast world today and hence we have powered our new RAID storage unit with the most advanced Thunderbolt 3 technology that can copy 4K raw video clips in just 1 minute instead of wasting 1 full hour as we see with dated storage devices. Moreover, our unit assures more responsive thumbnail and previewing rendering with multiple high definition clips compared to the existing storage devices”

The Terramaster D8 Thunderbolt 3 is available now on Amazon for $1,999 while the older D5 5-bay model is available for $799