Sick of keeping up with all those hardware stats like stream processor clocks and Hyper Transport frequencies? Well AMD may have a solution for you - AMD Vision branding scheme, which the company unveiled at the AMD Vision event over the weekend. The new branding follows the Good, Better, Best pattern complementing the one you see on Microsoft Windows SKUs. 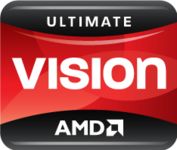 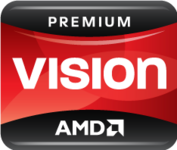 According to the new classification, the hardware based on AMD platform would be divided into three tiers, Vision Basic, Vision Premium and Vision Ultimate. The Basic level will be for users who don't require intense computational power like intense 3D gaming and simulation. Hardware branded under Vision Premium will boast HD transcoding along with improved power consumption. And the top level Ultimate tier will throw features like Picture-in-Picture, HD Video Encoding and Editing to the table. The following table would give you a better idea of the features of each class. 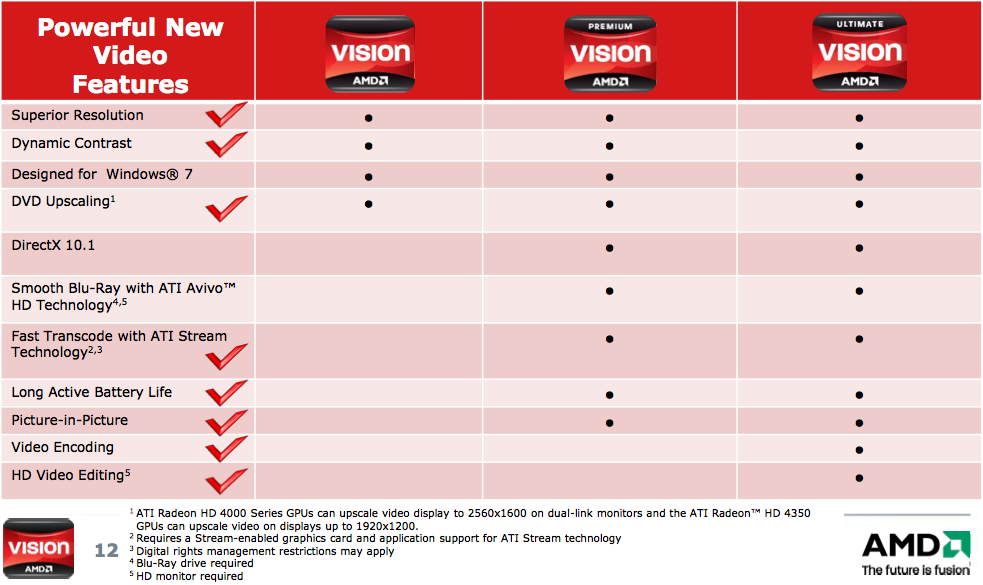 The new branding would only apply to machines that are powered with AMD CPU and Radeon GPUs and will start with the launch of Windows 7 and the newer AMD Notebook platforms. AMD also has plans to introduce a 4th Black Edition tier later in 2010 for the enthusiast market.