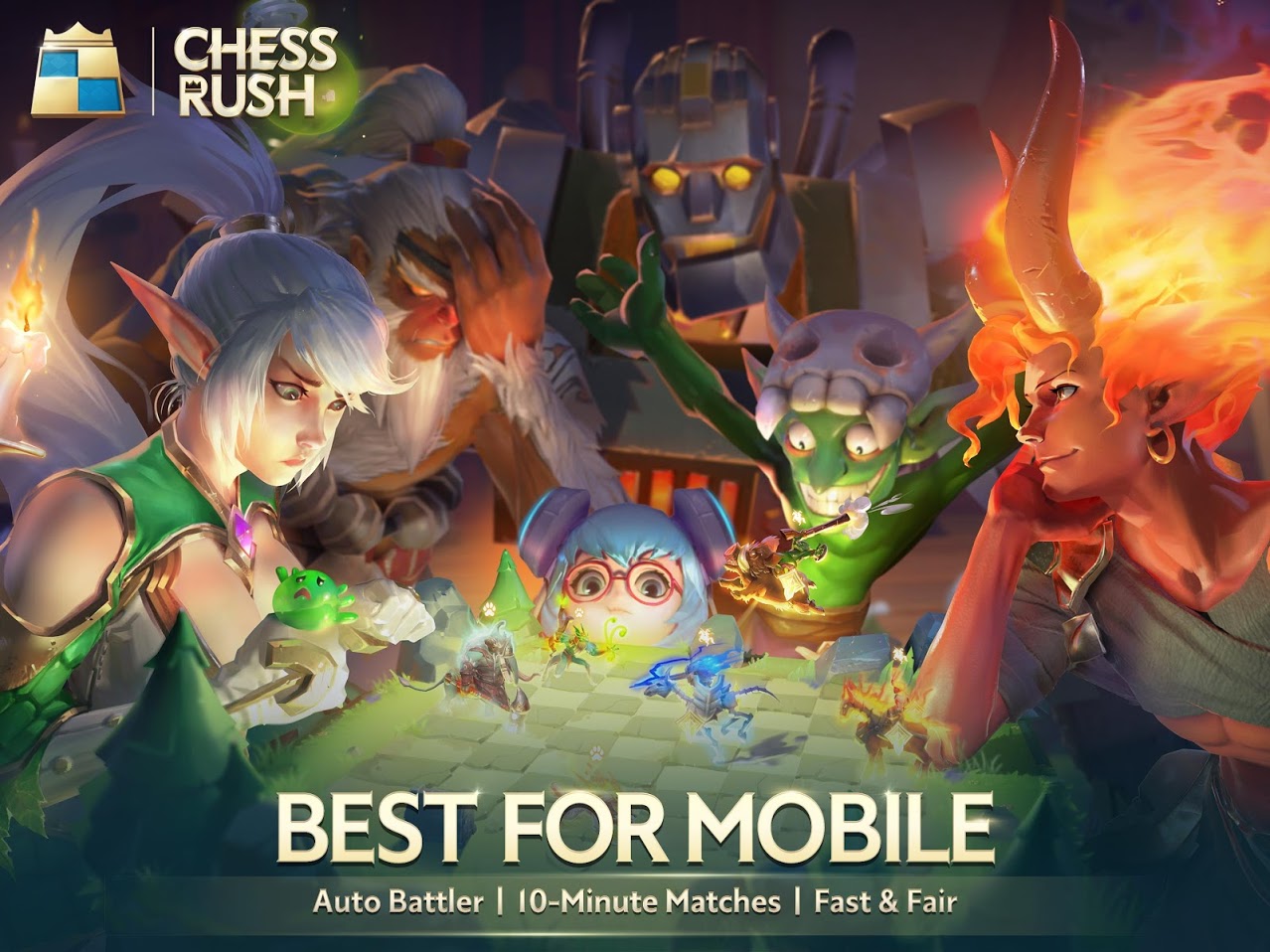 Much like DOTA back in 2010, Auto Chess seems to be all the rage with developers today. The DOTA2 custom game rose in popularity over the past year and is now a standalone title available on the Epic Game Store (heh), App Store and the Google Play Store. Valve got in on the action and released Dota Underlords, its own take on the strategy-based game. Even Riot did Riot things and came up with their own version of the game. Now, it looks like Tencent wants in on the fun too. The Chinese gaming behemoth just announced the release of Chess Rush, its own version of an Auto Chess-like game.

Chess Rush is now available on both Android and iOS mobile platforms and is completely free-to-play. Tencent advertises Chess Rush as a game that be won using 'pure skill and a little luck' and that microtransactions won't affect the quality of gameplay. It would be naive to expect a company as Tencent do shy away from in-app purchases, but at least they're cosmetic only, the same which can't be said for titles such as Clash of Clans and Clash Royale.

The game features match on an 8x8 chessboard and players can build teams from a roster of over 50 different characters. Chess Rush offers both classic matches and turbo matches. Classic matches are much longer, upwards of 40 minutes, while turbo matches can be completed in only 10, much like the Turbo mode in DOTA2.

The best part is that Chess Rush even features ranked matchmaking for those ultra 1337 gamers who have to make it to the top of the leaderboards. Lastly, the game features a co-op mode where you can take on other teams with your friends. Much like Auto Chess (and its millions of spin-offs), the game has a steep learning curve. It may take you some time to understand the interactions between units and formulate a strategy accordingly. You can grab it from the Google Play Store using this link. The game is yet to release on iOS and I'll update the article with a link once it is.