Telltale Games’ Titles Could Be Heading To Smart TVs

Telltale Games have offered us some of the best adventure games in recent years. Telltale Games, has a habit of releasing games episodically. Several episodes, released together in a season, are released periodically through a certain timeframe, often concluding around half a year or so after the initial release. Notable titles by Telltale include adventure-game adaptations of Sam & Max, Homestar Runner, Monkey Island, the movie series’ Back to the Future and Jurassic Park, the comic book series’ The Walking Dead and Fables, the book series A Song of Ice and Fire and Tales from the Borderlands, a spinoff to the video game series Borderlands, and the upcoming series Minecraft: Story Mode, which is also a spin-off to the video game series Minecraft. So far they have released their games on every available platform out there including both old-gen and current-gen consoles, iOS, Android and PC. 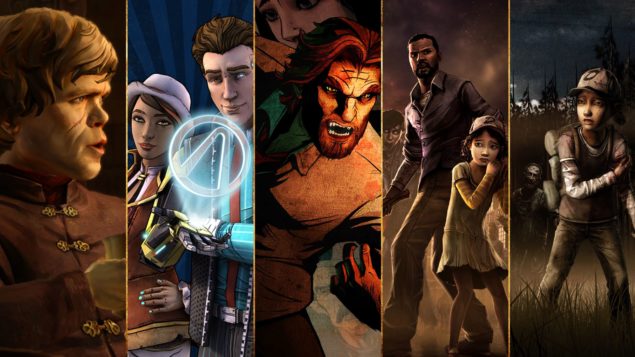 A new job listing from the company reveals that they could be expanding even more,as they released the following:

As our Client Network Engineer at Telltale, you will work in a fast-paced and creative environment as the bridge between our online server and core technology groups working to build the next generation of online technology for Telltale’s unique narrative experiences.

• Help design and implement client code for online services and features, including cloud storage, account management, game telemetry, cloud computing, and real-time networking
• Work closely with the Production Manager and Web Developers to support all end-user features across all of the platforms we are deployed on
• Create robust, long-lived, content-agnostic systems with abstraction layers that enable maximum cross-platform feature fidelity
• Contribute to bringing the telltale technology and features to new challenging platforms: XboxOne, PS4, Mobile, and TV
• Design, develop, execute, and own subsystems which contribute to the overall architecture and design of the technology plan

The job listing could mean many things, although Smart TVs seem to be growing in popularity and there are even manufacturers that started implementing Android operating system with their TVs. If Telltale Games is indeed looking into bringing its adventure games to Smart TVs, it could only lead to good things. The company has proven repeatedly that they can deliver exciting and engrossing adaptations, as well as unique stories that truly deliver a great experience. With the possibility of a stronger engine that could take advantage of the new hardware, hence the "new challenging platforms", they could advance their games even further with more visually appealing and more immersive experiences. Telltale Games have already revealed that they are working on an original new IP, something that is extremely exciting and together with these news it could mean some very interesting things are in store for adventure fans. We will bring you any new information on Telltale Games as soon as it becomes available.