Telltale Games and Marvel Coming Together For a New Game

Marvel and Telltale Games are going to be getting together to create a game in the Marvel Universe that should be available sometime in 2017. 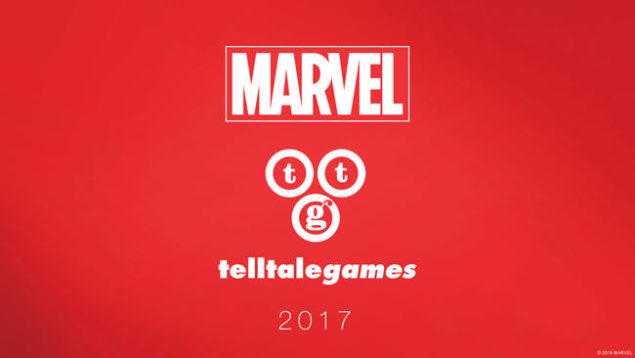 Telltale Games and Marvel are coming together to create a Marvel universe video game.

Telltale Games has announced a new and exciting partnership that they're entering into with Marvel in order to transform one of their fantastic IP's into a video game by 2017. There are no other details other then then the announcement itself. We'll of course be updating you on all the juicy details as they appear.

Announced this evening in San Francisco, we're excited to reveal an all-new partnership with the incredible team at Marvel Entertainment. We'll be teaming up on the development of an upcoming Telltale game series project set to premiere in 2017!

As always, stay tuned here for the latest news and details on this and all of our upcoming projects as they become available...

To say that Telltale Games has been successful in the licensed IP domain is an understatement. They've been able to inject some much needed love into the media to game genre. The Walking Dead, Game of Thrones, Jurassic Park, Tales from the Borderland, story mode for Minecraft, The Wolf Among Us, and Back to the Future have all been surprisingly successful for them, despite many receiving some negative to mediocre reviews.

Thus they're able to provide us with movie inspired games that don't follow the same path to the toilet. The episodic method of delivery followed by the inclusion of novel gameplay elements to make things interesting has been great for them so far.

The Walking Dead game itself was able to capture the harsh emotional tone that's present in the show, giving players a sense of being a part of that grand grim adventure. The story they crafted was engaging and followed the show closely.

We can hopefully expect the same level of care when transitioning visual media into video games. Telltale Games know's what they're doing, they just need to be careful in their execution with their new Marvel partnership. A much larger audience is going to be watching very closely on this one.