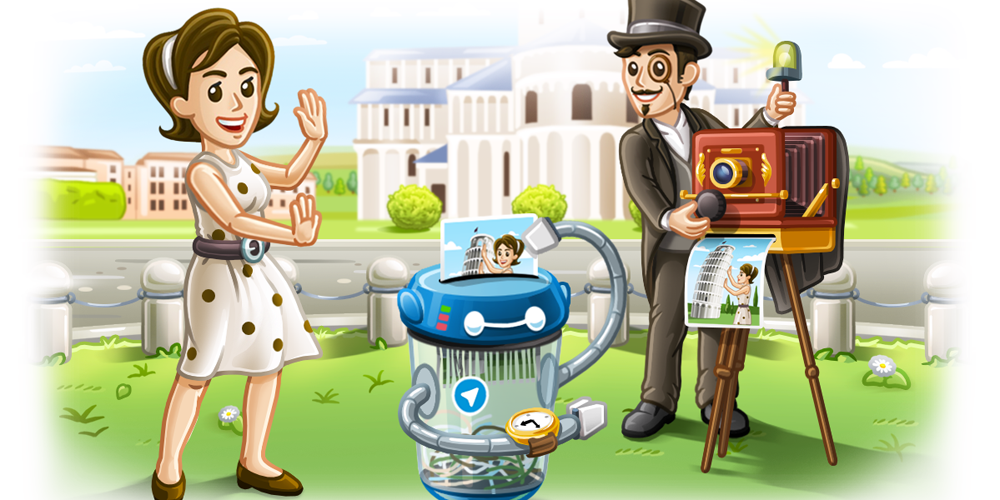 The self-destruct photos and videos features has been pretty common in social media apps for a while now. The trend started with SnapChat and then many other social media apps adopted this feature. It has been quite a favorite feature and it seems that people don’t like having pictures and videos around for long. They want to send them and then just want them to disappear for good. Well it looks like Telegram just took a leaf out of SnapChat’s book and copied this feature.

According to the company, “You can now set a self-destruct timer for any photos and videos you share in private chats. If you set a timer, the countdown starts the moment your recipient opens the photo or video you sent. After the time runs out, the photo/video will disappear forever, just like in Secret Chats.”

This isn’t the only thing that Telegram brought forward. The social media company checks photos and videos to see if they are public or not. If they are public and have already been cached by the service then it serves the cached version from a content delivery network. Why it does this? Well, this method basically helps speed up downloads significantly without retaining encryption. The caching technique works on groups that have at least 100,000 members.

According to the Telegram blog post, “While these caching nodes are only used to temporarily store public media (imagine Telegram versions of superpopular YouTube hits), all data that goes through them is encrypted with a key unknown to the caching nodes. In other words, we treat these CDN caching nodes just like we treat your internet provider – they only ever get encrypted junk they can’t decipher.”

The app allows users to add a bio to their profile as well. This profile will be accessible to users in the groups that you have joined. Another update is that you will be able to see more stickers at once.