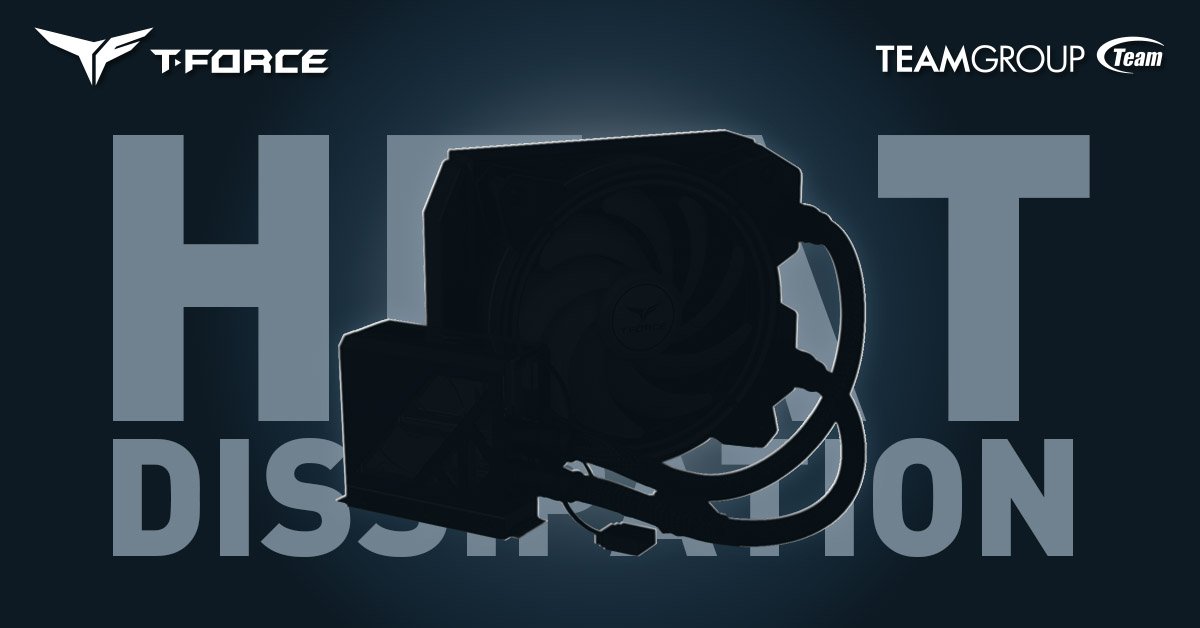 TeamGroup has teased that it's working on a brand new SSD that would feature a closed-loop water cooling solution, allowing for higher performance with lower temperatures alongside the latest DDR5 gaming memory lineup.

TeamGroup states that they were the first manufacturer to release a water-cooled SSD back in 2019. This is referring to their T-Force CARDEA Liquid Water-cooling SSD which featured a water block and came with pre-filled liquid in the M.2 NVMe form factor, Now T-Force is taking things a step further with a brand new CARDEA Liquid II SSD solution that would feature an AIO liquid cooling solution.

In the teaser posted by TeamGroup, we could see a 120mm radiator that has tubed leading to a square box that houses the pump and the SSD. Now we don't the specifics of the pump & SSDs at the moment but it looks like the compartment may house more than one NVMe SSD-based & may connect to a PCIe slot as an AIC rather than being connected to the NVMe connector. This is just speculation based on the way the solution looks. We can also see an ARGB header which would be useful for users who want to customize the looks of the RGB based on their preferences.

There's a lot that will be a mystery about the TeamGroup Water-cooled SSD till its full unveil on the 23rd of September. The company is hosting an event known as 'TeamEvent 2021' where T-Force & TeamGroup are expected to make several announcements such as new cooling solutions & larger capacities for their next-generation DDR5 and SSD products. You can see the teaser below which features several upcoming products including the T-Force CARDEA Liquid II SSD, A440 PRO SSD, & VULCAN / DELTA RGB DDR5 SSDs.

This year, TEAMGROUP’s online launch event will revolve around three topics: Heat Dissipation, Large Capacity and the latest technology overclocked DDR5 memory. We will focus on providing the solutions that can help users to have a better performance on their PC and great gaming experience.

Currently, TeamGroup has already showcased its ELITE & DELTA RGB modules but the VULCAN line has also been teased in the teaser. Once TeamGroup unveils them, we will definitely make sure to cover them in detail.